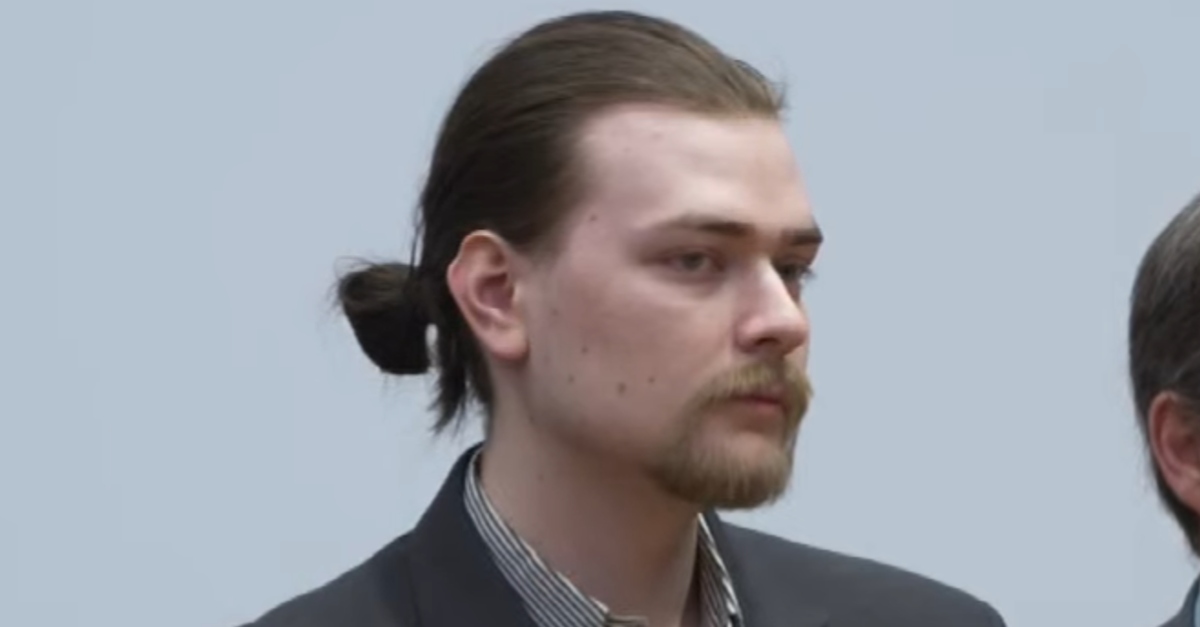 Jurors have found Alexander Jackson, 22, guilty of murdering his parents and sister at their Iowa home. The defense maintained police rushed to judgment in responding to the Linn County residence on June 15, 2021. Prosecutors argued that defendant Jackson’s story — about an intruder attacking him — was a complete fabrication.

Prosecutor Jordan Scheier in his opening statement described for jurors how Jackson’s sister, Sabrina Hana Jackson, 19, was shot twice, once into her chest and a second through her eye.

The siblings’ father Jan Perry Jackson, 61, was shot five times: in the head, neck, and stomach. The mother, Melissa Ferne Jackson, 68, was shot twice, both times in the head from a close range, prosecutors said.

Scheier argued that the pattern of shots started from a distance and became up close and personal.

The sole survivor of this massacre was Jackson. As seen on body cam footage shown in court, responding officers found him in the home, on the ground and shot in the foot. He claimed that he was sleeping on the porch when he heard a sound and got into a struggle with an intruder who he described as a Black man wearing black.

But there was no evidence of anyone else being at the home that day, the prosecutor said.

Investigators pointed out in interview footage that someone accessed social media on defendant Jackson’s phone at 6 a.m. the morning of the murder, even though he claimed to have woken up during the shootings sometime after 8 a.m.

BODYCAM: Defendant #AlexanderJackson seen on bodycam on the floor, in the hall, with a bloody footprints leading to him. His father is dead on the living room floor. Officers asked what happened, “He came down, there was a man….” pic.twitter.com/X2KgCtVbPB

Law enforcement questioned accused family murderer #AlexanderJackson about what he saw after telling police he ran into a “man” that allegedly murdered his mother, father and sister. pic.twitter.com/WorKMtDOjS

Defense lawyer Lindsay Garner said in opening statements that police rushed to judgment. Officers decided Jackson was the shooter within the first 35 minutes of the seven-hour police interview, she said. She said investigators did not test for DNA on the shell casings. There were two prints on the gun, she said. One belonged to Alexander Jackson. Another belonged to an unidentified person, she said.

The defense also brought up a service dog behavior expert, who testified that the police dog at the crime scene was improperly handled and would have a difficult time picking up a scent.

In an effort to show the allegations were completely out of character for the defendant, jurors also heard testimony from those who knew Jackson from years back. The defense called a number of character witnesses, including a high school friend who said he was even-tempered and never got into trouble, and a scoutmaster from the Eagle Scouts who said Jackson never misbehaved.