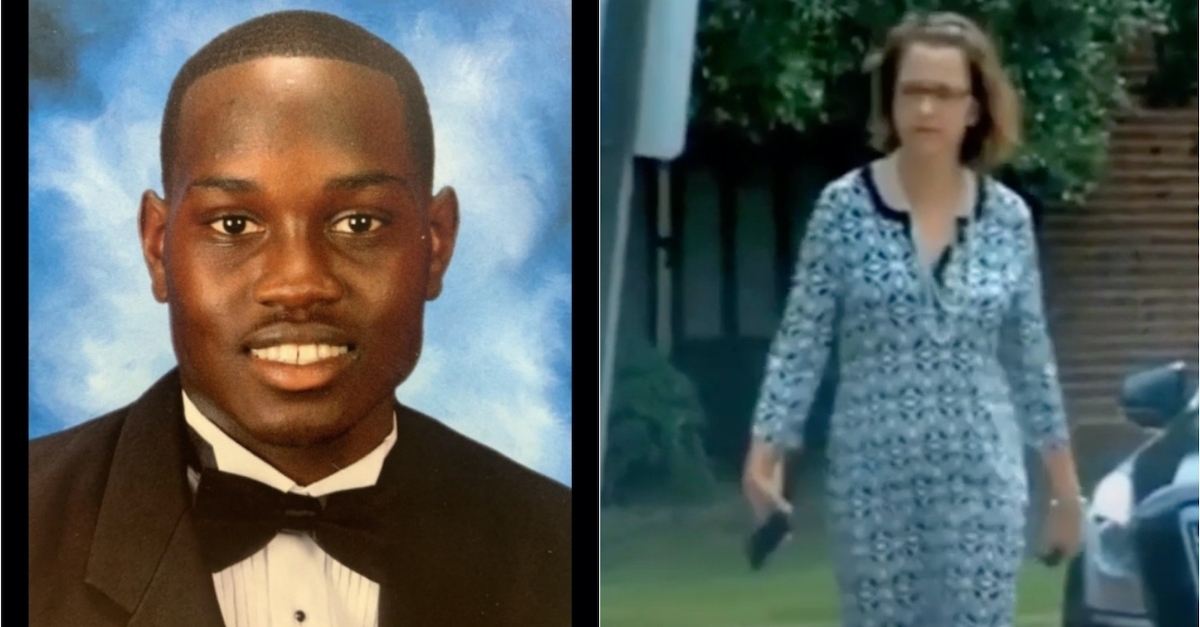 A Georgia prosecutor whom the family of Ahmaud Arbery accused of a “cover up” has been criminally charged with violating her oath of office and obstructing a law enforcement officer.

According to the two-count indictment revealed on Thursday, former Brunswick Judicial Circuit District Attorney Jackie Johnson let her “favor and affection” for Arbery’s alleged murderer Greg McMichael stand in the way of justice.

Despite Johnson’s alleged actions, Greg and his son Travis McMichael now face state and federal charges in connection with Arbery’s death. The McMichaels and their alleged accomplice William “Roddie” Bryan are accused in the Peach State of murdering Arbery on Feb. 23, 2020.

As Georgia did not have a hate crime statute until after Arbery’s death, federal prosecutors separately allege that the three defendants interfered with the 25-year-old’s rights “because of Arbery’s race and color.”

Expanding the case’s fallout to law enforcement, Georgia Attorney General Chris Carr charged the former DA in connection with the case, which he characterized as a matter involving integrity in public office.

“Our office is committed to ensuring those who are entrusted to serve are carrying out their duties ethically and honestly,” Carr said in a statement.

The two-count indictment could put the DA behind bars for up to six years.

In a federal lawsuit filed on the anniversary of her son’s death, Arbery’s mother Wanda Cooper alleged that Johnson “instructed law enforcement” not to arrest the Black man’s alleged murderers because of her personal connection to McMichael, who served as the district attorney’s investigator.

Echoing those allegations, the indictment accuses Johnson of flouting the oath she took on Aug. 12, 2010, when she was sworn in to become a local prosecutor.

Court papers reprint that oath, emphasizing certain portions in block capital letters: “I, Jackie Johnson, do swear (or affirm) that I will faithfully and impartially, and without fear, favor, or affection, discharge my duties as DISTRICT ATTORNEY, and will take only my lawful compensation . . . SO HELP ME GOD!”

The first count, violating the oath of a public officer, is a felony carrying a possible one- to five-year sentence.

The grand jury claims that Johnson fell short of her oath roughly a decade later by “failing to treat Ahmaud Arbery and his family fairly and with dignity.”

In their civil lawsuit, Arbery’s family members claimed that Johnson “orchestrate[d] a cover up” by handing the case to George Barnhill, the district attorney of the neighboring Waycross Judicial Circuit.

Similar claims appear in the new indictment, which alleges that Johnson recommended DA Barnhill to the Attorney General’s Office for appointment as the case prosecutor without disclosing she “previously sought the assistance of DA Barnhill on the case.”

The second count, obstructing or hindering a law enforcement officer, is a misdemeanor with a possible one-year penalty.

Here, prosecutors allege that Johnson ” did knowingly and willfully hinder Stephanie Oliver and Stephan Lowrey, law enforcement officers with Glynn County Police Department, in the lawful discharge of their official duties by directing that Travis McMichael should not be placed under arrest.”

Federal and state prosecutors say that the McMichaels and Bryan armed themselves with firearms, got into a truck, and chased Arbery when he was running on a public street on Feb. 23, 2020. Investigators said Travis McMichael was the one who shot and killed Arbery.

Johnson’s indictment alleges her violations occurred on the date of Arbery’s death.

(Photo of Arbery via Ben Crump; screenshot of Johnson via YouTube)