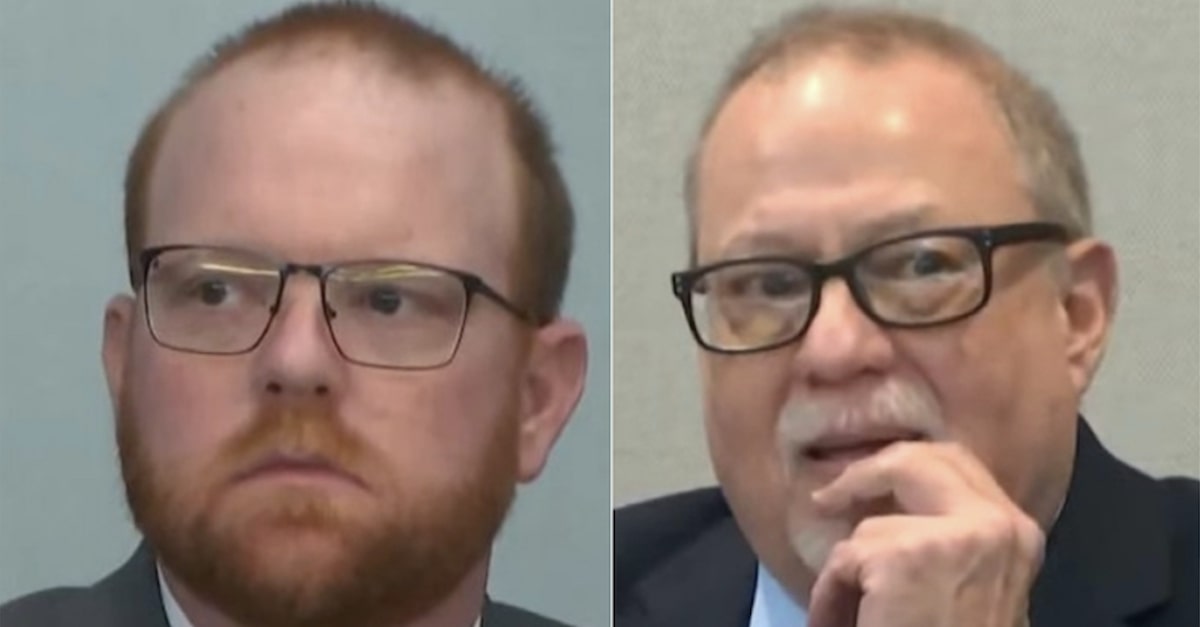 Arbery’s family says it “vehemently” opposes the agreement, which would avoid a trial that would have put a focus on race that was nearly absent in the state trial.

“This proposed deal would allow the McMichaels to enter Federal custody and serve the first 30 years of their sentence in a preferred Federal prison,” the family’s attorney Lee Merritt wrote in a statement. “This proposed plea is a huge accommodation to the men who hunted down and murdered Ahmaud Arbery. The family is devastated at this development, their wishes are being completely ignored and they do not consent to these accommodations.”

Though the proposed agreements are not yet, prosecutors notified the judge about the development on Sunday night.

“A copy of the plea agreement has been provided to the Court for its consideration,” both of the notices state.

They are signed by assistants of the Department of Justice’s civil rights division chief Kristen Clarke and Southern District of Georgia U.S. Attorney David Estes.

Issues of race rarely played out in the McMichaels’ state trial, and the lead prosecutor in that case later indicated that was designed not to alienate the jury.

That topic would have been unavoidable in any federal prosecution of the McMichaels, whose indictment stated that the they violated Arbery’s rights “because of [his] race and color.”

If a federal judge accepts the plea agreement, any reckoning on the subject of racial motivations could play out in civil court.

On the first anniversary of Arbery’s death, his mother Wanda Cooper-Jones filed a civil lawsuit accusing Glynn County law enforcement of a cover up of her son’s killing. The lawsuit claimed that Travis McMichael used a racial slur after shooting Arbery to death.

The mother released a scorching statement denouncing prosecutors’ plan to dispose of the case, claiming she has been “betrayed.”

“The DOJ has gone behind my back to offer the men who murdered my son a deal to make their time in prison easier for them to serve,” she wrote in a statement. “I have made it clear at every possible moment that I do not agree to offer these men a plea deal of any kind. I have been completely betrayed by the DOJ Lawyers.”

She said she would oppose the agreement in court on Monday morning, and the family’s lawyers intend to hold a press conference outside of federal court after those proceedings.

Read the notice of Travis McMichael’s plea deal, below: