‘See Nothing, Hear Nothing, Say Nothing’: Inside the 59-Page ‘Household Manual’’ That Jeffrey Epstein Employees Were Told to Follow 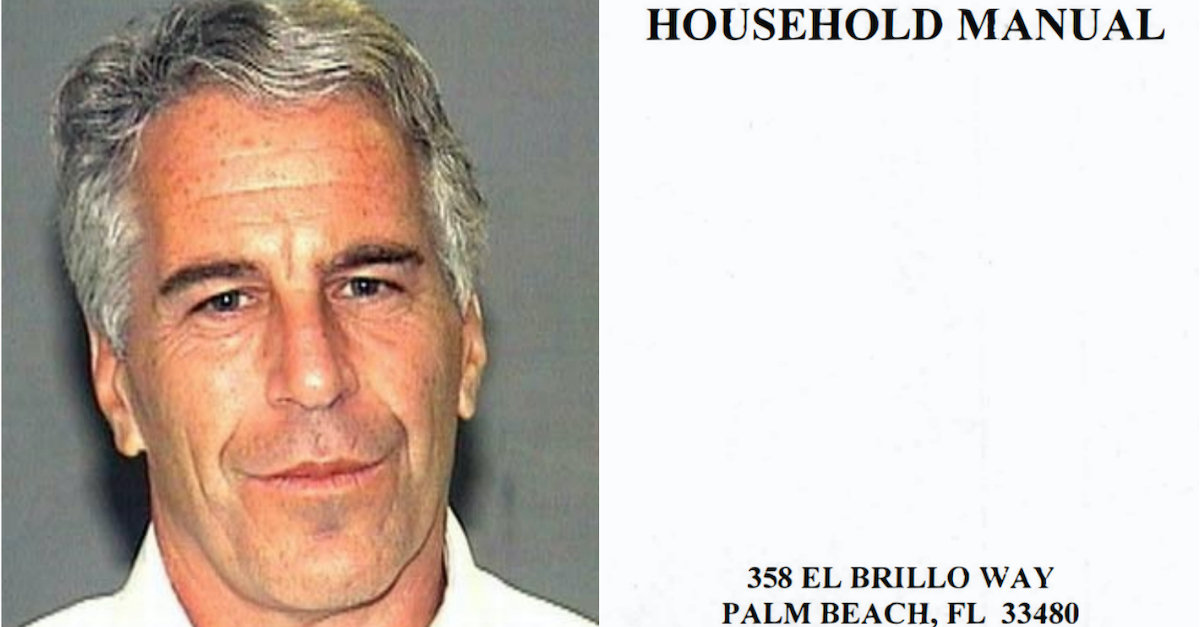 Totaling 59 pages, the “Household Manual” for Jeffrey Epstein’s Palm Beach residence dictated every detail about how employees should shop, groom themselves, clean the house, and address their bosses and visitors.

In the words of Juan Alessi, the man tasked with Epstein property’s upkeep between 1990 and 2002, the document was “very degrading.”

“Most of the pages, they were just unbelievable to me,” groused Alessi, the ex-house manager for Epstein. “They were written for the employees. And it was—I wasn’t hire[d] to do that type of work.”

During his cross-examination, Alessi compared some of his work to “slavery,” saying he was on call 24 hours a day when the top boss, Epstein, was in town. He also described Ghislaine Maxwell, on trial for charges of sex trafficking and alleged violations of the Mann Act, as the “lady of the house” and an exacting taskmaster in her own right.

“It looked like a huge man’s penis, with two heads,” Alessi testified on Thursday.

On Friday, Maxwell’s defense attorney Jeffrey Pagliuca grilled Alessi in a cross-examination focusing on his admitted theft of $6,300 from Epstein, which Alessi said he paid back. The defense team suggested that there were other incidents Alessi did not disclose during direct examination.

Alessi described his resentment toward the manual on the witness stand and conceded that he did not follow it. The document, which became public after being submitted into evidence, reveals what Alessi appears to have found so exasperating.

One section on the “Proper Language” of Epstein’s employees instructs: “What you say is as important as what you do. Your language must include good diction and exclude swear words and slang. Pay attention to how you speak to Mr Epstein, Ms Maxwell and their guests.”

There is no example of a permissible phrase in the document of a reply in the negative.

“To a compliment you say: ‘You are very kind,'” the manual states, offering a suggestion to add “I enjoy doing it.”

Employees are told to ask “May I come in” when entering a room.

The manual mandates extreme discretion from Epstein’s employees, who are told “Unobtrusive is the key.”

“Remember that you see nothing, hear nothing, say nothing, except to answer a question directed at you,” it states. “Respect their privacy.”

That instruction fell under the heading of “Grooming & Guest Relations,” which ends with a one-word, all-caps exhortation: “SMILE!”

“Appearance is extremely important if high standards are to be maintained,” the introduction to this section begins. “A favorable first impression goes a long way. Personal cleanliness, good presentation, and a genuine and polite ‘aim to please’ approach are very important.”

Under the section on “Answering the Telephone,” one bullet point states: “Unless otherwise instructed, NEVER disclose Mr, Epstein or Ms Maxwell’s activities or whereabouts to anyone. If the caller is insistent, you simply ask to take: a message, a time and a number, where the caller can be reached. Do not be bullied and do not show any reaction or impatience, simply be firm.”

The manual advises employees to inform Maxwell of “any strange telephone calls or enquiries” or “any unusual behavior, such as strangers lurking around the vicinity of the property.”

“The security of the house and of Mr Epstein, Ms Maxwell and their guests, is your first consideration and should be uppermost in your consciousness,” this section concludes in boldface text.

Among the list of tasks for the exterior of the house, employees are told: “Check fence for holes where Max can get out.”

Alessi testified that Max was Maxwell’s Yorkshire terrier. One of her accusers, “Jane,” previously testified that she first saw Maxwell with her “cute little Yorkie” at the prestigious Interlochen arts camp in Michigan, where “Jane” says she was a 14-year-old student.

Read the manual below: