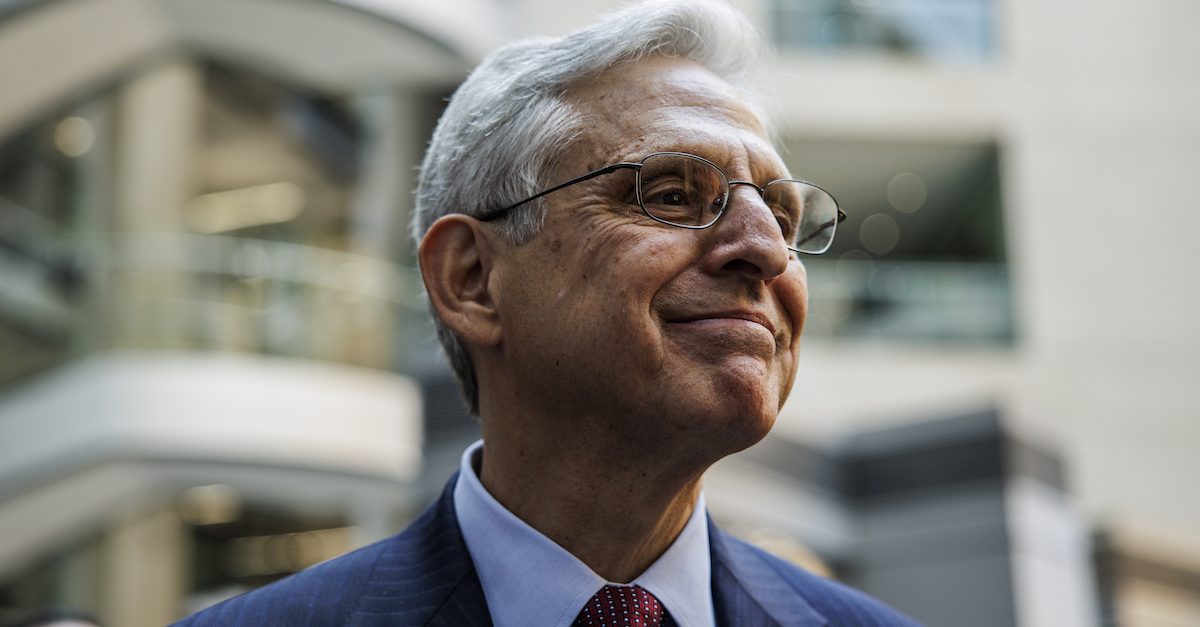 A little less than a year ago, Attorney General Merrick Garland issued a single-page memo that denounced threats of violence and intimidation against school teachers, administrators and staff. The memo quickly sparked outrage from conservative media and lawmakers on Capitol Hill — and even a federal lawsuit from parents claiming it was a blueprint to “silence” them.

On Friday, a federal judge appointed by Donald Trump jettisoned the lawsuit, finding that the parents and the groups representing them misread the less than 300-word memo.

“The alleged AG Policy is not regulatory, proscriptive, or compulsory in nature because it does not impose any regulations, requirements, or enforcement actions on individuals,” U.S. District Judge Dabney Friedrich noted in a 10-page ruling. “None of the documents that the plaintiffs allege establish the policy create an imminent threat of future legal actions against anyone, much less the plaintiffs.”

Dated Oct. 4, 2021, the memo did not mention “parents,” let alone target them for retribution. It reported a spike of threats and harassment against schools. At the time, schools across the United States faced protests over COVID-19 policies and policies regarding transgender students, but the memo itself did not cite this context.

In fact, the memo expressly supported the First Amendment rights of parents or anyone else to speak their mind about school policies.

“While spirited debate about policy matters is protected under our Constitution, that protection does not extend to threats of violence or efforts to intimidate individuals based on their views,” the memo noted. “Threats against public servants are not only illegal, they run counter to our nation’s core values. Those who dedicate their time and energy to ensuring that our children receive a proper education in a safe environment deserve to be able to do their work without fear for their safety.”

Within weeks, a group calling itself the Saline Parents — named after a city in Michigan — filed a federal lawsuit with four other plaintiffs from the Great Lakes State and Loudoun County, Va., which landed in federal court in Washington, D.C. The lawsuit labeled Garland’s memo “a heavy-handed, direct threat by a powerful government agency designed and intended ‘to intimidate individuals based on their views.'”

In fact, Judge Friedrich noted, the memo did little but “announce a series of measures” and directed the FBI to convene meetings with leaders in each federal judicial district, opening lines of communication for threat assessments.

For that, multiple GOP members of the right wing of the Senate Judiciary Committee last year called for Garland’s resignation, including Sens. Tom Cotton of Arkansas and Josh Hawley of Missouri. Sen. Ted Cruz of Texas claimed, inaccurately, that the memo treated mothers and fathers as possible domestic terrorists. Sen. Marsha Blackburn of Tennessee went farther, saying the Justice Department likened those parents to Oklahoma City bomb conspirators Timothy McVeigh and Terry Nichols. Garland famously prosecuted them early in his career, an experience that he emphasized during his confirmation hearings.

For Judge Friedrich, the memo was much more modest.

“Further, even if the alleged policy contained any kind of restriction, regulation, or proscription, it would not apply to the plaintiffs’ conduct,” the ruling states. “The plaintiffs represent that their conduct includes verbal opposition and peaceful protests, akin to ‘private citizens petitioning their government officials for a redress of grievances,’ but never ‘threat[s] of criminal violence.'”

The plaintiffs are represented by the conservative legal group American Freedom Law Center, whose lawyer Robert Muise indicated to Law&Crime that he plans to appeal.