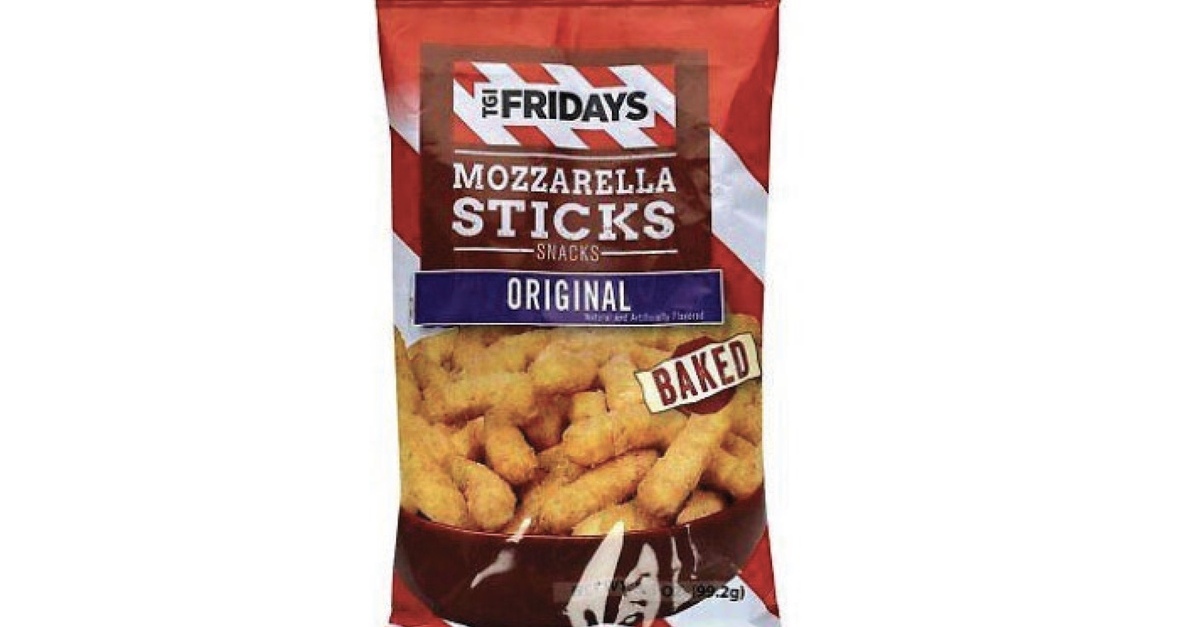 A federal judge sided with restaurant chain TGI Fridays, Inc. (TGIF) in a class action lawsuit over bagged “Mozzarella Sticks Snacks,” but allowed the case to proceed against the snack’s manufacturer. The plaintiff argued that mozzarella is more valuable than cheddar, and the judge sided with her in part because of parmesan.

Amy Joseph, an Illinois woman, sued TGIF and Inventure Foods, Inc. in 2021 claiming that she was illegally misled when she purchased “Mozzarella Sticks Snacks” from Amazon, only to find out that the product contained no mozzarella cheese.

TGIF Mozzarella Sticks Snacks are shelf-stable foods sold online and in grocery and convenience stores where other snack foods such as potato chips and cheese puffs are stocked. The TGIF snacks are manufactured by Inventure and branded with the “TGIF” logo. The product’s packaging displays not only the TGIF logo, but also a photo of a bowl of mozzarella sticks and the words “mozzarella sticks snacks.”

Dow sided with TGIF and removed the restaurant as a defendant — but not because the court found any issue with Joseph’s cheddar v. mozzarella argument. Rather, the court found that whatever may be problematic about the snack food, TGIF simply isn’t to blame. Given that TGIF merely licensed its trademark for the product’s packaging (as opposed to having manufactured or distributed the product), Dow said Joseph’s allegations against TFIF were “wholly conclusory and insufficient to render TGIF liable.”

Joseph claimed that the packaging’s promise of mozzarella cheese defrauded customers who were willing to pay a premium for mozzarella which is “more valuable” than cheddar. Similar theories of liability have been employed in recent food-labeling lawsuits over Velveeta mac and cheese, King’s Hawaiian Rolls, Texas Pete Hot Sauce, and Barilla pasta.

Despite Dow’s ruling dropping TGIF as a defendant in the case, the judge permitted Joseph’s case to proceed against Inventure Foods.

Dow specifically found that the complaint, “sufficiently alleges that a reasonable consumer could infer from the Product’s packaging a representation that the Product contains mozzarella cheese.” In his ruling, Dow noted that courts have allowed similar mislabeling cases to move forward, and provided examples: a label reading “ripe Strawberry” could be interpreted as only ripe fruit, and “smoked gouda” could denote only cheese that is smoked over hardwood.

Dow went on to address defendants’ argument that because the product is a “shelf-stable, crunchy snack product,” that any reasonable consumer would know that “it bears no resemblance to the hot appetizer mozzarella cheese sticks.” The companies argued that common sense dictated that a crunchy shelf-stable snack could not possibly contain mozzarella.

Dow rejected this argument, however — not on the grounds of common sense, but on the grounds of parmesan. Dow noted that the U.S. Court of Appeals for the 7th Circuit once found in a separate case that pure grated parmesan cheese is sometimes sold unrefrigerated. Moreover, there are plenty of shelf-stable snacks that do indeed contain cheese of one kind or another.

Tom Zimmerman, attorney for Joseph, provided the following statement to Law&Crime on Friday via email:

We are pleased with the judge’s ruling. The judge agreed with us that the claims in the lawsuit have merit, the case should not be dismissed, and the case may proceed against Inventure Foods as a nationwide class action lawsuit. We intend to proceed against Inventure Foods on behalf of the nationwide class of purchasers of TGI Fridays mozzarella sticks.

On October 3, 2022, the Supreme Court announced Dow’s appointment as counselor to the chief justice, a role which acts as the chief justice’s chief of staff. As a result, the TGIF lawsuit will be transferred to another judge.

Inventure Foods did not immediately respond to request for comment.