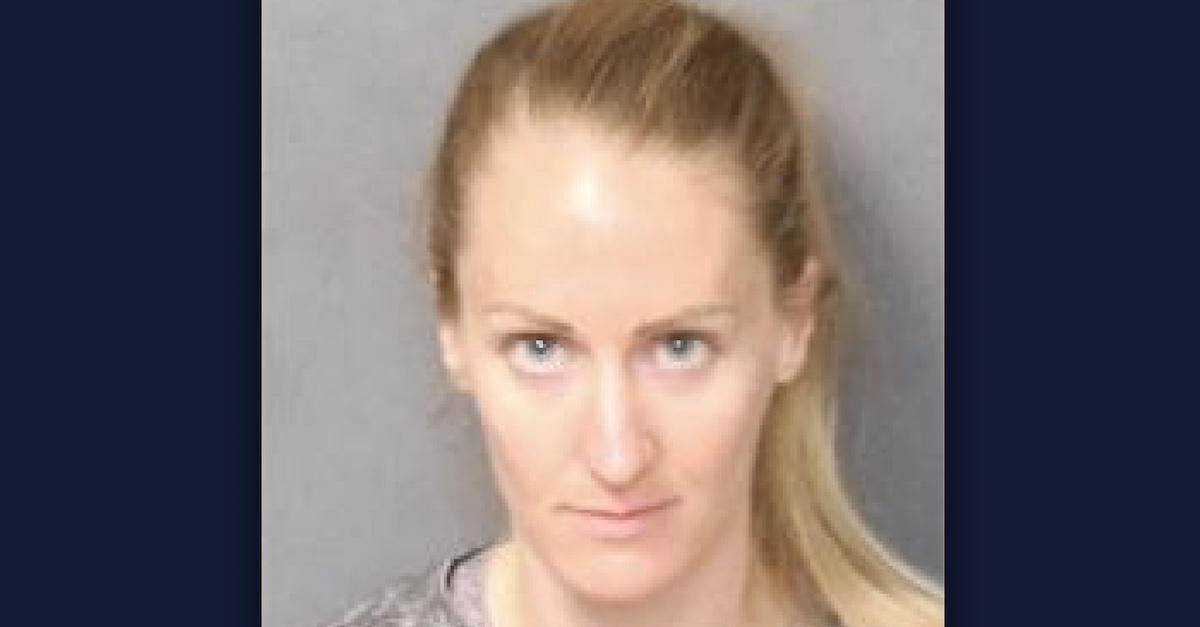 A 33-year-old New Mexico woman previously accused of pulling a gun on another driver during an alleged road rage incident purportedly sparked by the latter’s “vaccinated” bumper sticker is claiming that authorities unlawfully charged her with a crime based on false information.

Several months after the aggravated assault with a deadly weapon charge against her was dropped, Christina Lynn Blair is now suing the City of Albuquerque and the two arresting police officers for numerous alleged transgressions, records reviewed by Law&Crime show.

According to a report from the Albuquerque Journal, the incident took place on Feb. 27, 2022.

Officers with the Albuquerque Police Department at approximately 5 p.m. responded to a Walgreens located in Northeast Albuquerque in response to a man calling 911 and claiming a woman had just pulled a gun on him. The man reportedly told police that he was driving when a woman suddenly began to honk her car horn at him and “yell obscenities” regarding his “vaccinated” bumper sticker.

The man reportedly signaled for Blair to go around him, but he said that she refused and instead continued to follow him — even throwing a water bottle at his car when he stopped at a red light. The man then reversed into Blair’s car, reportedly saying he did so by accident because he was afraid.

Following the collision, the man reportedly pulled into the Walgreens to exchange insurance information. He claimed an “extremely irate” Blair took out a handgun and “racked the slide” to load the firearm. The man then reportedly called 911 because he was afraid “that she was going to shoot me.”

Blair on March 7 was indicted by a grand jury on one count of aggravated assault with a deadly weapon in New Mexico’s 2nd Judicial District Court. She was taken into custody by police inside of her home while her husband and young stepdaughter were present, the Aug. 31 filed complaint reportedly states.

The complaint reportedly claims that the arresting officers had “at least three assault-style rifles and two pistols” when they allegedly went into Blair’s home without a search warrant and arrested her.

Prosecutors dismissed the charge against Blair less than a week after her indictment, however. Blair on March 11 pleaded not guilty and prosecutors that same day dropped the case against her, reportedly noting that “New Mexico law does not make it a crime for an individual to be visibly armed during a verbal argument without an accompanying threat of force,” the Journal reported.

“Christina [Blair] was put through really a pretty horrific few weeks, and it was all because APD did not follow the constitution and did not follow the laws of New Mexico,” Blair’s attorney Christopher Dodd reportedly told the Journal on Friday.

Blair allegedly lost her job as a result of the subsequent media attention garnered by her arrest and is seeking unspecified damages.

In the lawsuit, Blair refutes the other driver’s narrative, reportedly asserting that Blair was the victim by claiming that the other driver intentionally “put his vehicle into reverse and proceeded to slam his Honda into the front of Ms. Blair’s vehicle.”

The suit concedes that Blair took out her handgun, but places the action in a different context.

“Fearing for her safety from a much larger male, Ms. Blair went to her vehicle and briefly retrieved a small pistol,” the complaint reportedly states. “The gun stayed at or below her waistline the entire time.”

The suit additionally alleges that the other driver filmed the encounter and the video shows that Blair never trained the firearm on the other driver, nor did she “actuate the slide or make any threatening motions with the gun.”

Dodd and the Albuquerque Police Department did not immediately respond to messages from Law&Crime.

According to a report from WTTV, Blair in 2007 was convicted on one count of aggravated assault.