Civil Rights Suit Filed by Family of Black Teen Who Died in Police Custody Advances. Derek Chauvin’s Expert Is One of the Defendants. 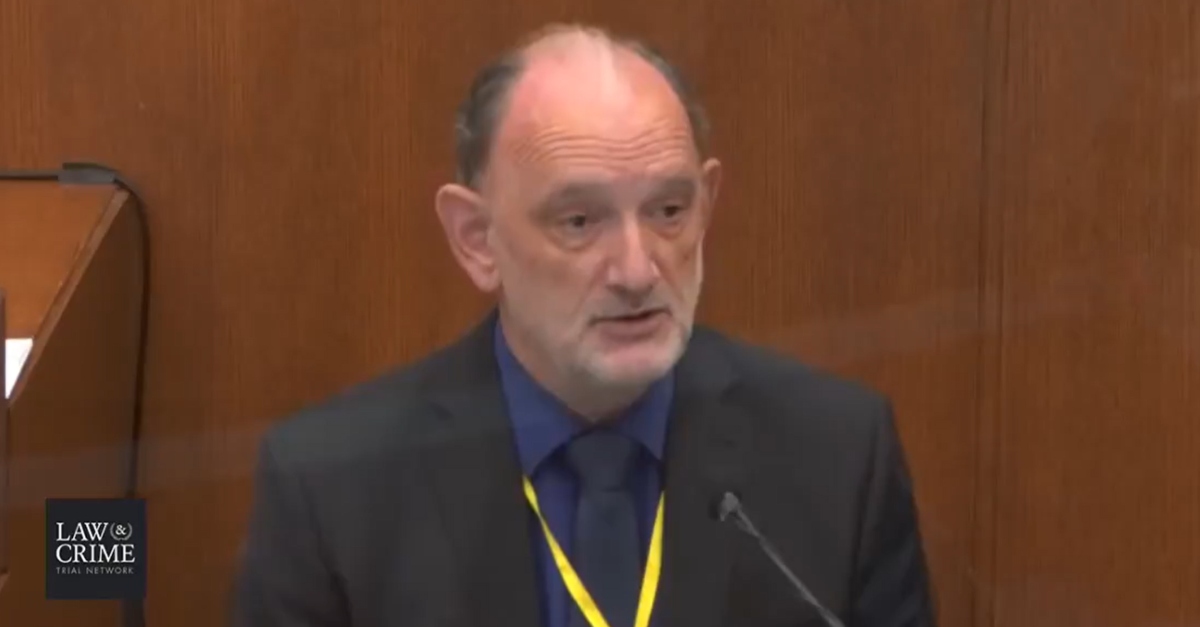 Long before George Floyd’s murder sparked international attention to dangers of what is known as the prone position—the form of police restraint that led to Floyd’s asphyxiation—a Maryland teenager named Anton Black died in police custody after being put in the same hold.

“A Step Closer to Accountability”

On Tuesday, a civil rights lawsuit filed by Black’s family survived a motion for summary judgment filed by the police officers. One of the defendants in that case is David Fowler, the former medical examiner of Maryland accused by the family of participating in a cover-up.

“In sum, based on the evidence provided, a jury could conclude that Webster’s use of the baton and taser as a first resort, as well as Webster’s and Manos’s use of their bodies to apply pressure to Black with Lannon’s assistance and positioning of Black’s legs while he was being cuffed and shackled, were unreasonable and therefore excessive uses of force in violation of Black’s constitutional rights,” U.S. District Judge Catherine C. Blake wrote in a 27-page memorandum.

“Our family and the Coalition for Justice for Anton Black has fought for justice for Anton from day one,” Holley wrote in a statement to Law&Crime. “This court decision brings us a step closer to accountability for the police murder of Anton and those who covered it up, and for all the families still mourning loved ones who have been killed by police.”

None of the police officers involved with Black’s death have been criminally charged with wrongdoing.

The ruling does not allude to Chauvin or the international controversy that ignited after Floyd’s murder, which fell long after Black’s death in police custody in 2018.

Indeed, it only makes passing references to Fowler, who did not file the motion for summary judgment that was the subject of Tuesday’s ruling. That motion was made by the officers identified as having been involved.

The progression of the Black family’s case, however, likely will renew attention to a police tactic that has come under increasing criticism.

During his tenure as medical examiner, Fowler ruled that Black’s death in police custody was an accident.

Body camera footage appeared to show the 19-year-old struggling as he was being restrained by Ridgley Police Officer Thomas Webster IV.

According to his family, Black had been diagnosed with a severe form of bipolar disorder after his father called police over his behavior on Aug. 29, 2018. The teenager spent several days in the hospital before his eventual discharge on Sept. 5. The incident leading to Black’s death came some 10 days later.

On Sept. 15, 2018, Black got into an altercation with a 12-year-old on a basketball court in Greensboro, leading to an onlooker to call 911.

When Officer Webster arrived that evening at 7:10 p.m., the family says, he was told that Black was “schizophrenic” and had been acting strangely. Black allegedly jogged away and was pursued by police.

According to the lawsuit, Black went into the white Honda parked in the lot at the family’s home, and Webster shattered the window with his baton. Police Chief Gary Manos, one of the defendants, allegedly yelled “Watch his hands” to Webster and told Webster twice to “Tase him.”

One of two darts made contact with Black, failing to incapacitate him.

Authorities say that Black ran directly toward Manos after exiting the vehicle, punching, kicking, and biting the arresting police chief.

“Once Black was horizontal on the porch, Manos requested that [Centerville police officer Dennis] Lannon ‘prone him out,’ or place Black flat on the ground on his stomach,” the ruling states, summarizing court papers.

“Summary Judgment Must Be Denied”

In an echo of Floyd’s call to his mother during his last gasps, Black is quoted in court papers telling his mother “I love you” and “You were always there. Thank you!” Black lost consciousness and was pronounced dead at 8:36 p.m.

Whereas footage in the Chauvin case clearly showed the officer’s knee on Floyd’s neck for more than nine minutes, the ruling suggests that Webster’s nearly six-minute bodycam video offered no such clarity.

“The video evidence, moreover, does not conclusively establish the degree of force used by Webster either before or after Black appears to stop resisting arrest,” the ruling states. “While the footage from Webster’s body worn camera does make clear that the officer who most plausibly could have placed pressure on Black’s upper body throughout the confrontation was Webster himself, it fails to capture Webster’s position above Black. It is impossible to tell how much weight and what body parts, if any, Webster placed on Black throughout the nearly six minutes of footage. Nor can a viewer discern if or for how long Webster placed his knees on Black’s neck, shoulders, or upper torso.”

The judge found that ambiguity made the claims ripe for trial.

“In summary, the video evidence, considered by itself, is not so conclusive as to ‘clearly contradict’ and outweigh the plaintiffs’ allegations and their expert opinions,” the ruling states. “As a reasonable jury could reach more than one conclusion regarding whether Manos, Lannon and Webster’s use of force was reasonable, summary judgment must be denied.”

Manos, Lannon and Webster brought the motion for summary judgment, which was denied without prejudice to renewal.

Attorneys for the officers and Fowler did not immediately respond to Law&Crime’s requests for comment.

(Screenshot from Law&Crime’s footage of the Chauvin trial)