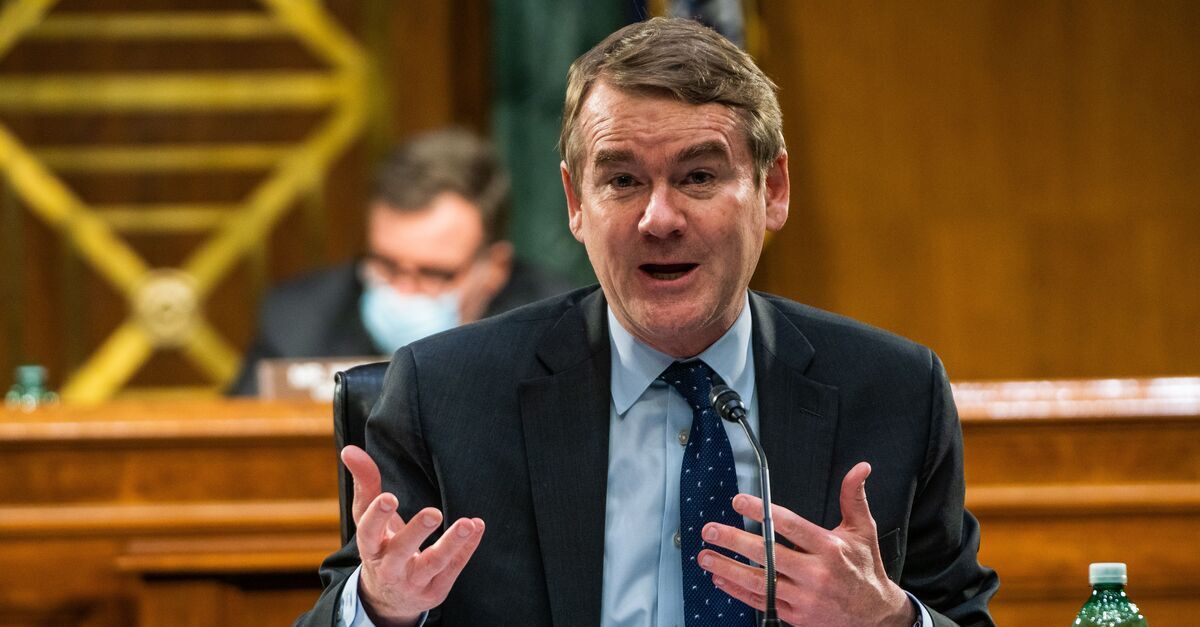 Progressive groups are criticizing Colorado Sen. Michael Bennet, a Democrat, for ignoring President Joe Biden’s request for judges of a certain caliber.  Bennett recently recommended an elite corporate lawyer to hold a position on the federal bench, and activists are seizing on a letter issued by President Joe Biden as a key exhibit in their arguments against Bennet’s pick.

“With respect to U.S. District Court positions, we are particularly focused on nominating individuals whose legal experiences have been historically underrepresented on the federal bench, including those who are public defenders, civil rights and legal aid attorneys, and those who represent Americans in every walk of life,” the Remus letter stressed.

The Biden-Remus request came after progressive legal organizations made a series of requests for the new administration to revamp the judiciary with lawyers who didn’t come from the corporate world after decades of bipartisan affection for corporate attorneys resulted in nearly 70 percent of circuit judges hailing from the largely white and high-priced world of elite private practice.

“After decades of frustration, as the courts become more and more conservative, and more and more deferential to the powerful moneyed interests in our country, a lot of hard-working lawyers who don’t make a lot of money have had it,” former Wisconsin senator Russ Feingold, president of the American Constitution Society, said late last year. “They’re saying, ‘Why is it that we work hard, and we make our arguments and that somehow we have to go before judges who don’t have the experience of being on this side of the bar?'”

The Biden team listened to that grassroots pressure and all-but repeated the progressive call for non-corporate judges. Bennet, however, appears to have missed the memo.

On Feb. 3, Bennet had only one name to suggest: a retreaded corporate lawyer previously nominated to fill Colorado’s vacant district court seat by Barack Obama in 2014.

Her biography reads like anathema to the progressive movement and brags about a close relationship with regulated industries and corporate leaders.

“She has worked closely with company CEOs, senior management and boards of directors in highly regulated industries—such as pharmaceuticals, biomedical, healthcare, technology and medical devices—to create a culture of compliance in an ever-changing regulatory landscape,”  the biography states. “Ms. Rodriguez, who has worked in both government and private practice, has a deep understanding of the regulatory challenges facing companies today, and works strategically and collaboratively across the entire corporate spectrum to provide exceptional client service and counsel.”

In the past, Rodriguez represented McDonalds in an anti-discrimination case after a customer alleged racist treatment from the restaurant.

She’s also taken the company line on various Big Pharma cases — including an instance in which companies failed to disclose harmful side effects and lied about the effectiveness of their products. In one particularly controversial 2006 case, Rodriguez represented an anatomical and pathology laboratory which mislabeled biopsy results that resulted in a patient undergoing an unnecessary cancer surgery.

Those episodes, and others, from her career are not likely to endear her to the reform-minded administration and progressives would like to point that out.

Demand Justice, a left-of-center judicial advocacy group which led the charge against the confirmation of Supreme Court Justice Brett Kavanaugh with a series of hard-hitting advertisements, launched a digital ad campaign that accuses Bennet of “standing in the way” of Biden’s stated goal to reshape the courts. The group’s Co-Founder and Chief Counsel Christopher Kang rubbished the disconnect while praising the White House’s quest.

“President Biden’s plan is exactly what we need to rebalance a court system biased in favor of the rich and the powerful,” Kang told Law&Crime. “The idea that Sen. Bennet couldn’t find a single diverse, well-qualified public defender or public interest lawyer to recommend defies common sense, and it reflects an outdated approach that helped create our broken justice system in the first place.”

“I appreciate that their selection is Latina, but corporate attorneys are not on President Biden’s priority list,” Salazar told Colorado Politics.

“It would be nice to get somebody in there that has a little different of an experience that is more on the criminal defendant’s side,” Denver-based litigator Leonard Martinez told the outlet. “Every time you see these judges appointed, it’s district attorneys, U.S. Attorneys — a prosecutor type of attorney nominated or a corporate lawyer.”

The concerns are not just aesthetic or academic. Recent research suggests that judges with corporate and prosecutorial backgrounds are exceedingly more anti-worker when they take the bench than judges without corporate or law enforcement bona fides.

So, why is Colorado’s Democratic senator outright bucking the request from the president of his own party? It’s probably because of where he gets his own recommendations.

Bennet uses a commission overwhelmingly comprised of corporate lawyers and prosecutors to inform his judicial picks. A report notes that 72% of the members on Bennet’s commission have such backgrounds — higher than any other senator with a publicly-disclosed commission roster.

“President Biden has made clear that he wants to have a different kind of judge nominated,” Kang, himself a former Obama administration official, said at the time the group went on the air against Bennet. “And yet Sen. Bennet, in his first recommendation, has recommended somebody who does not fit that mold, who is very much in the old frame of a corporate lawyer. That’s not what President Biden has asked for, and it’s not what our courts need right now.”

Bennet’s office told a Colorado news outlet that it was “disappointing that an out-of-state dark money group” was attacking the pick.

Regina Rodriguez “is an incredibly qualified Latina candidate who would bring diversity to the federal bench,” a Bennet spokesperson said. “She also has a long track record of community service to Colorado’s children and working families.”

Rodriguez did not respond to the outlet’s request for comment.