Jan. 6 Committee Finds Trump Was ‘At the Center’ of ‘Coordinated, Multi-Step Effort’ to Overturn 2020 Election Results 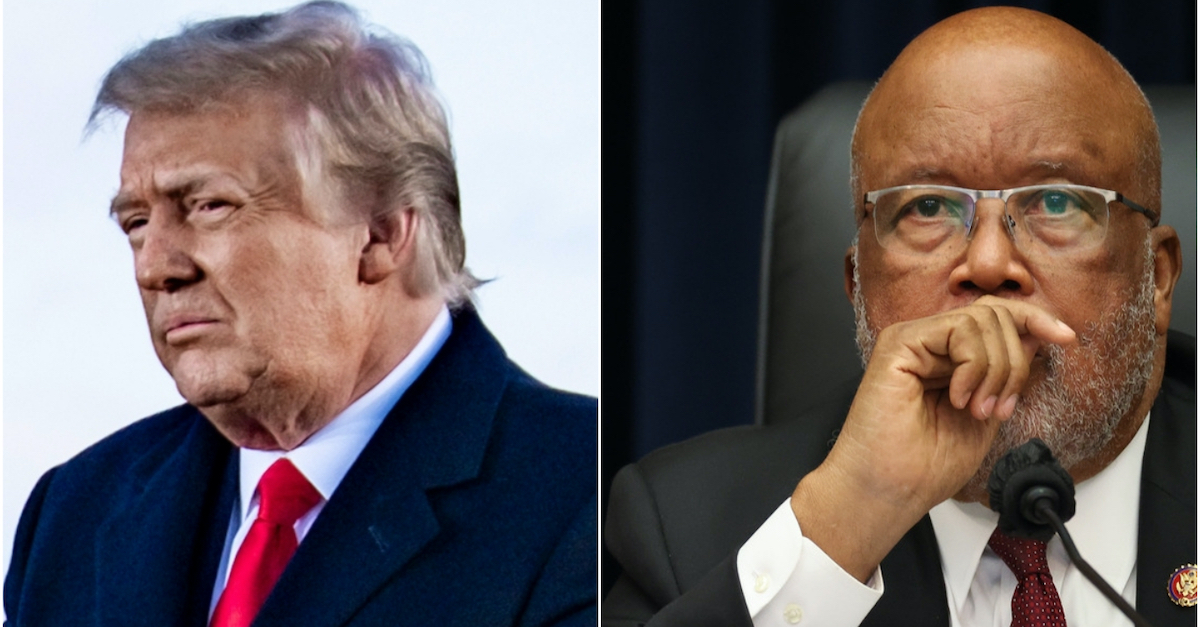 The House committee investigating the Jan. 6 attack on the U.S. Capitol has placed former president Donald Trump “at the center” of what the committee says is a conspiracy to subvert the will of American voters.

“We will reveal new details showing that Jan. 6 was the result of a coordinated, multi-step effort to overturn the results of the 2020 election,” an aide for the bipartisan committee told reporters.

“Donald J. Trump was at the center of that effort,” the aide added.

Edwards is believed to be the first law enforcement injured by rioters at the Capitol that day. According to court records, she was knocked to the ground when Ryan Samsel and others pushed a police barricade back and forth in an attempt to overturn it. Edwards suffered a concussion; Samsel is currently in custody on multiple assault charges stemming from the Jan. 6 melee.

Quested is a documentary filmmaker who was following Proud Boys leader Enrique Tarrio in the days leading up to the Capitol siege. His film crew was reportedly with Tarrio when he met Stewart Rhodes, leader of the right-wing anti-government Oath Keepers group, in an underground parking garage on Jan. 5. Both Tarrio and Rhodes have been charged with seditious conspiracy.

Quested “documented the movements around the Capitol” the morning of Jan. 6 and, according to the committee, “captured on film the first moments of violence against Capitol police, and the chaos that ensued.”

The aide declined to answer a question about whether Quested is expected to testify about Rhodes or Tarrio, whose indictment became public earlier this week. The Department of Justice estimated on Wednesday that their sprawling investigation has resulted in more than 840 arrests. About 255 people charged have been accused of assaulting or impeding law enforcement that day.

In addition to the live testimony, the aide said, the committee will share “substantial new material documenting the violence of Jan. 6 itself that the committee has obtained in the course of its investigation.”

Over the course of several hearings, the aide said, the committee will present “a mountain of new information” that is key to understanding what led to the Jan. 6 riot.

The aide added that the investigation has revealed that there is a “clear indication of ongoing threats to American democracy.”

The committee is expected to make recommendations to Congress on how to address that threat, but the aide did not reveal whether the committee will make criminal referrals, a longtime source of contention. In December, the committee’s vice chair, Rep. Liz Cheney (R-Wyo.), raised eyebrows when she read the statutory language for obstruction of an official proceeding, a felony, in relation to Trump’s conduct.

A federal judge in California later found Trump “likely” committed that offense in a pair of rulings awarding the committee emails from Trump’s lawyer John Eastman, the author of six-part plan to overturn the election dubbed the “coup memo.” The same rulings found that Trump and Eastman likely conspired to defraud the government.

On Wednesday afternoon, the committee was slated to receive the second set of disclosures from Eastman as a result of that ruling. That will add to the massive record the panel gathered from 1,000 interviews and more than 125,000 documents. Some of that information, the committee indicated, will be shown to the public for the first time during the hearings.