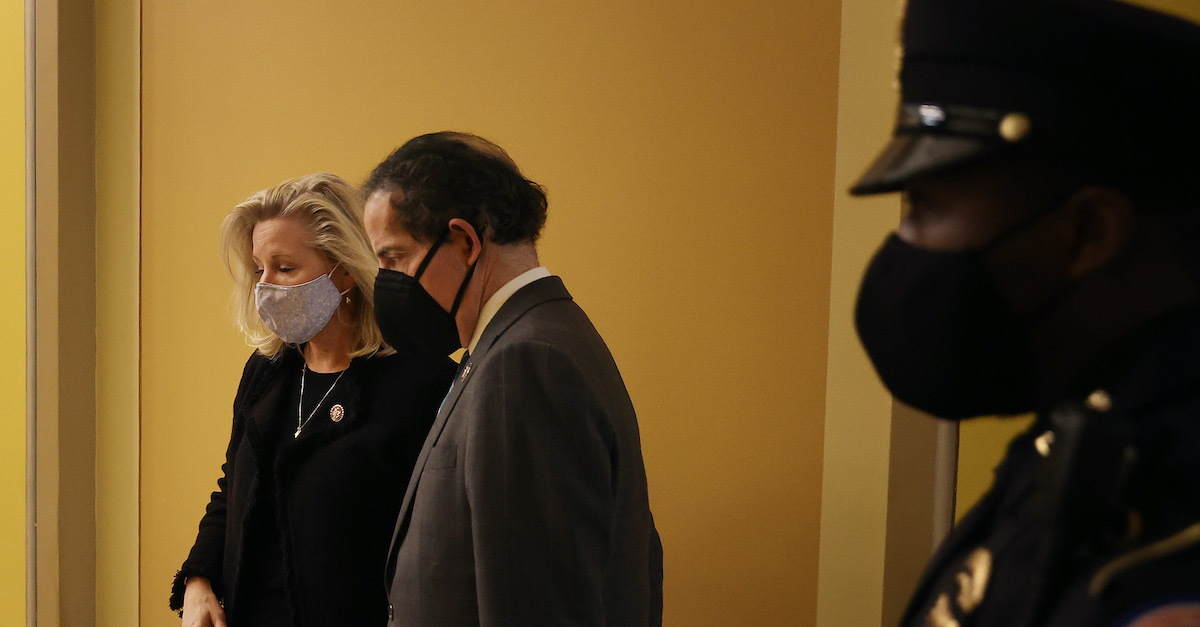 The United States is in mourning. More than 381,000 of its people succumbed to the coronavirus. Five died in the U.S. Capitol insurrection, and premature obituaries have been written time and again for the country’s democracy, under unprecedented assault by an outgoing president and much of his party.

Rep. Jamie Raskin, a Maryland Democrat absorbing the pain of the nation, is grieving more than most. He lost his son to suicide on the day of New Year’s Eve, posted a heartbreaking elegy to him on Jan. 4, and just two days later, showed up to work at a U.S. Capitol besieged by insurrectionists who killed a police officer, ransacked the building and menaced members forced to hide in cramped and sealed rooms.

Then, when authorities expelled the mob, Raskin went right back to work and delivered a cri de coeur at nearly 2:30 a.m.: “It is time for America to heal,” he told his Republican colleagues, exhorting them not to stand in the way of President-elect Joe Biden’s certification.

Most of the radical-right House GOP did not listen, but they were outvoted by the Democrats and a Senate whose conservatives are of a more traditional orientation.

Raskin’s eloquence and grace under adversity did not go unnoticed: House Speaker Nancy Pelosi designated the mourning Raskin as the lead impeachment manager late on Tuesday.

Pelosi’s second slate of impeachment managers looks nothing like the first, which made the case against President Donald Trump for his Ukraine scheme.

All Democrats seated on influential committees, here are the other members of Raskin’s team in alphabetical order:

A member of the House Permanent Select Committee on Intelligence and on the Foreign Affairs Committee, where he chairs the Subcommittee on Oversight and Investigations, the Texas Democrat is serving his fifth term in Congress. He previously served as a litigator in private practice, and his identical-twin brother, Julián Castro, previously ran for president.

Together with Senator Ron Wyden (D-Oregon), Castro is heading an investigation over whether Trump’s son-in-law Jared Kushner used the president to get himself a billion-dollar bailout from Qatar.

A member of the Judiciary Committee, the Rhode Island congressman also serves on the Foreign Affairs Committee, a position that made him an articulate critic of the geopolitical fallout of Trump’s Ukraine scheme during the last impeachment. Cicilline introduced the resolution on Monday.

Here is the article of impeachment I just introduced, along with 213 colleagues, against President Trump for Incitement of Insurrection.

Most important of all, I can report that we now have the votes to impeach. pic.twitter.com/RaJIjzQSvm

A member of the Judiciary Committee—as well as its subcommittee on Constitution, Civil Rights and Civil Liberties—the congresswoman from Pennsylvania hails from a state that has been a heavy target of Trump’s election-overturning efforts. She was a lawyer in private practice before her life in public service. After Dean handily won another term, her erstwhile Republican rival Kathy Barnette launched a failed attempt in court to discredit the election.

One of two representatives from Colorado acting as impeachment managers, DeGette serves on the Energy and Commerce Committee and chairs its subcommittee on Oversight and Investigations. Born in Japan, DeGette is serving her 13th term in office. She emphasized that the threat posed by Trump remains ongoing: “This man is the single greatest threat to our nation right now.”

President Trump just said he thinks his remarks – which incited a mob to attack the U.S. Capitol building – were "totally appropriate."

This man is the single greatest threat to our nation right now.

He must be removed immediately.

A former U.S. Airman, the California congressman brings his experience as a prosecutor in the Judge Advocate General’s Corps to pursue a charge that Trump incited an insurrection. Lieu previously sent a criminal referral to the FBI over Trump’s appearing to try to extort Georgia Secretary of State Brad Raffensperger to “find” 11,780 votes to flip the state’s election or face unspecified criminal prosecution. He sits on the Judiciary Committee and the Committee on Foreign Affairs.

As a member of the Judiciary Committee, the Colorado congressman memorably grilled the GOP’s law professor expert Jonathan Turley. Neguse serves as Vice Chair of the Subcommittee on Antitrust, Commercial and Administrative Law and sits on the Natural Resources Committee and the Select Committee on the Climate Crisis. Early in his career, Neguse was a litigator in private practice. He is serving his second term in Congress.

A former senior counsel in the Department of Justice and ex-Bronx prosecutor, the Virgin Island congresswoman brings heft outside the 50 states to the effort to impeach Trump. She sits on the House Ways and Means Committee.

Rep. Eric Swalwell
The chair of the Intelligence Modernization and Readiness Subcommittee on the House Permanent Select Committee on Intelligence, the California congressman is a former prosecutor serving his fifth term in Congress. “America is under attack incited by President Donald Trump,” Swalwell tweeted in a statement acknowledging his appointment. “Lives have been lost and future plans are in place to stop a transition of power.” Swalwell has not flinched from implicating members of the House GOP in the insurrection, among them, Texas Rep. Pete Sessions, a key figure from the first impeachment; Arizona Rep. Paul Gosar, whom Swalwell dubbed a member of the “Coup Caucus”; and Colorado Rep. Lauren Boebert, whom he said “committed a crime” in aiding the insurrectionists.

I am humbled and honored by Speaker Pelosi’s decision to appointment me as an Impeachment Manager. My statement: pic.twitter.com/4wx1piTjiS