‘Yeah, Isn’t That Something?’: GOP Senator Explains Why He Showed Up in Photo with Parnas 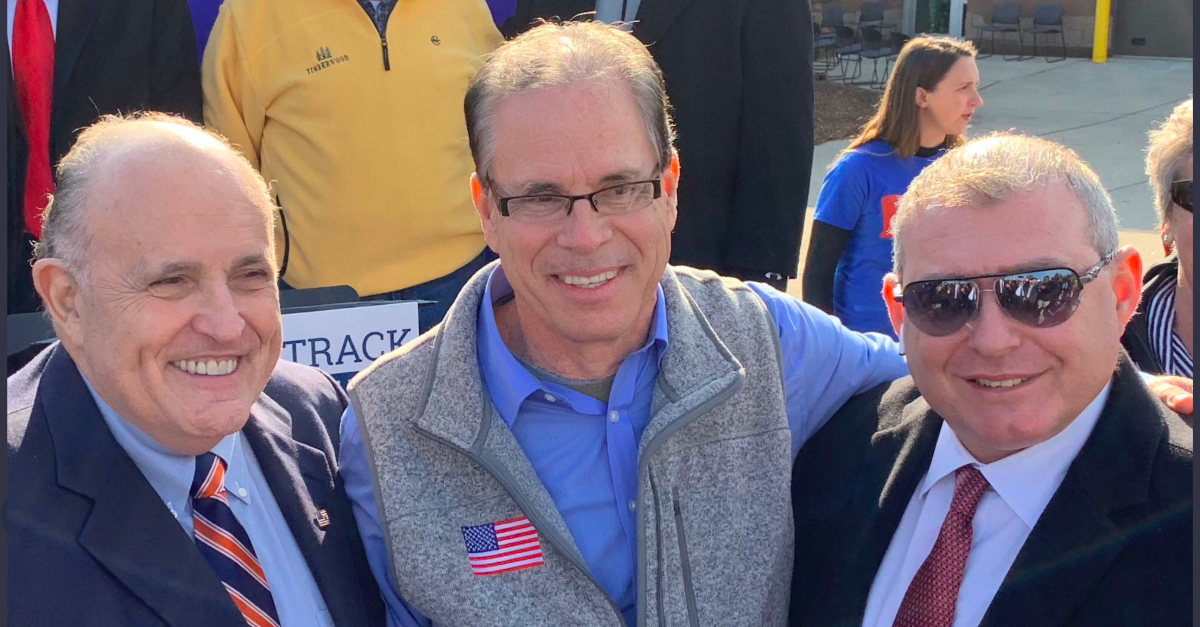 For more than a week now, indicted Rudy Giuliani associate Lev Parnas and his attorney Joseph A. Bondy have been trolling President Donald Trump, as well as the Republican lawmakers who’ve refused to call the Ukrainian-Floridian businessman as a witness. They have been doing this by posting pictures on social media of Parnas with GOP politicians. That trend continued when Bondy posted a photo of Sen. Mike Braun (R), the junior senator from Indiana, posing for a photograph with both Parnas and Giuliani.

“Here’s a nice shot of the latest GOP senator/juror—Mike Braun of Indiana—afraid to call Lev Parnas as a witness at the impeachment trial, posing with, of course, Lev Parnas and Rudy Giuliani,” Bondy captioned the photo. Bondy insists that his client has intricate knowledge of the Trump administration’s efforts to pressure Ukraine to announce an investigation into former Vice President Joe Biden and his son Hunter Biden.

Courthouse News reporter Adam Klasfeld caught up with Sen. Braun on Thursday and asked him about this photo with Parnas.

According to Klasfeld, Braun “responded graciously without getting defensive,” explaining that the encounter occurred during a campaign stop in Indiana.

”Yeah, isn’t that something?” Braun asked.

“That tells you that…so Rudy was invited into a campaign stop – I’d never met Rudy before – for 15 minutes. Then, you got, it looks like Lev and his sidekick [the also indicted Igor Fruman] were good buddies of Rudy. And Rudy looks like he’s very cosmopolitan. So, yes, I didn’t even know about that until it shows up. If you want to make a big deal about that, you can, but I know it has no substance.”

Braun was asked if we “should hear what these men have to say.” He responded by saying Parnas’s credibility wouldn’t hold up in court.

Braun also made headlines on Wednesday when he outright denied that President Trump ever attempted to pressure Ukraine to investigate the Bidens by withholding military aid.

REPORTER: So you're saying that it's okay for a President to ask a foreign leader to investigate a political rival and withhold foreign aid to coerce him into doing so?