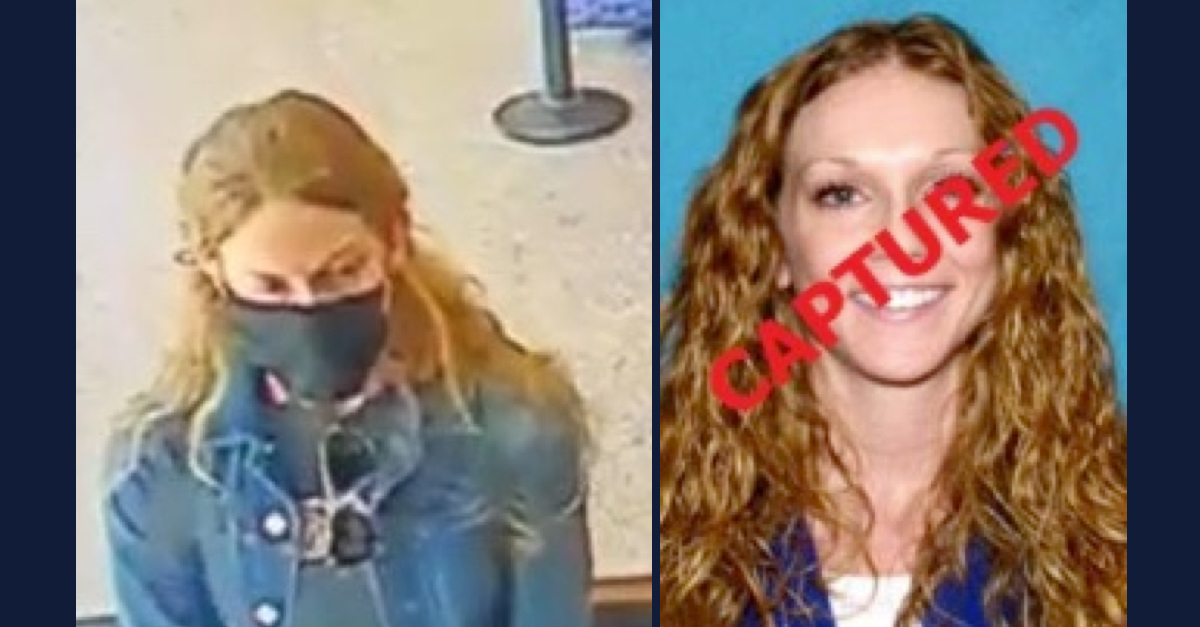 Images via US Marshals Service.

The search for the Texas woman suspected in the shooting death of a perceived romantic rival has ended — in Costa Rica.

Kaitlin Marie Armstrong, 34, was captured at a hostel on Santa Teresa Beach in the Puntarenas Province of Costa Rica, authorities say. She is suspected of killing Anna Moriah “Mo” Wilson, who she apparently believed was a romantic rival for the affections of her longtime boyfriend Colin Strickland.

According to a press release from the U.S. Marshals Service, Armstrong had used a fake I.D. to get there.

“Members of the U.S. Marshals-led Lone Star Fugitive Task Force and Homeland Security Investigations recently discovered that Armstrong, using a fraudulent passport, had boarded United Airlines Flight 1222 from Newark International Airport at 5:09 p.m. EST on May 18 and arrived in San Jose, Costa Rica, at 8:27 p.m. EST,” the Marshals Service said in a press release on Thursday.

Authorities said the high-profile nature of the case contributed to Armstrong being found.

“The Marshals Service elevated the Kaitlin Armstrong investigation to major case status early in this investigation, which likely played a key role in her capture after a 43-day run,” Susan Pamerleau, U.S. Marshal for the Western District, said in the press release. “This is an example of combining the resources of local, state, federal and international authorities to apprehend a violent fugitive, bring an end to that run and hopefully a sense of closure to the victim’s family.”

The press release said that Armstrong will be deported and returned to the U.S., but few other details were offered.

Wilson, a professional cyclist, was shot to death on May 11 after spending part of the day with Strickland, who is also a cyclist. She was visiting Texas for the Gravel Locos bicycle race. Strickland has said that he had been briefly romantically involved with Wilson during a break in his relationship with Armstrong.

Armstrong is believed to have traveled from Texas to New York on May 14.

She also apparently sold her car to a dealership in South Austin two days after Wilson’s death. The dealership paid Armstrong with a $12,200 check one day after she had been questioned by police.

It’s likely that police are also searching for those who might have helped Armstrong flee the country, as she is believed to have been “dropped off” at the Newark International Airport after a warrant was issued for her arrest.

Santa Teresa Beach is located some 4,000 miles south of Newark International Airport, where Armstrong was last seen on surveillance video.