A cache of more than six hundred pages of previously sealed court records in cases involving now-dead sex offender Jeffrey Epstein and his alleged consort Ghislaine Maxwell contains four curious pages of emails between the two notorious individuals.  The messages, dated Wednesday, Jan. 21, 2015 and Sunday, Jan. 25, 2015, raise troubling questions about the timing of the connections between the pair.

The emails released late Thursday night refer to Maxwell as “Gmax,” and they were sent from what appears to be Epstein’s address, [email protected]  The messages are being perceived as an attempt by Epstein to coach Maxwell to deny culpability in any of Epstein’s wrongdoing.  (The emails are dated shortly after accuser Virginia Giuffre Roberts sued Epstein.)

In the first unsealed email, Epstein suggested to Maxwell that she could or should say that she had “never been a party in any criminal action pertaining to JE” (Jeffrey Epstein), that she was in a relationship with another man when Epstein had pleaded guilty to criminal charges, and that she furthermore had “limited contact” with Epstein.

The second email from Epstein suggested that Maxwell adopt a public persona which would portray innocence.

The emails may prove problematic for Maxwell.  Their dates contradict a memorandum by Maxwell’s attorneys which sought to persuade a federal judge to release Maxwell on bail after she was recently arrested on a series of federal sex crimes charges.  In that July 10, 2020 memorandum, Maxwell’s attorneys wrote that Maxwell “had no contact with Epstein for more than a decade.”  Here is the relevant sentence (emphasis added):

On August 10, 2019, Epstein died in federal custody, and the media focus quickly shifted to our client—wrongly trying to substitute her for Epstein—even though she’d had no contact with Epstein for more than a decade, had never been charged with a crime or been found liable in any civil litigation, and has always denied any allegations of claimed misconduct.

Yet assuming the dates on the newly-released emails are correct, Maxwell and Epstein talked slightly more than five years back.  That is not “more than a decade.”

Here are the emails, in full: 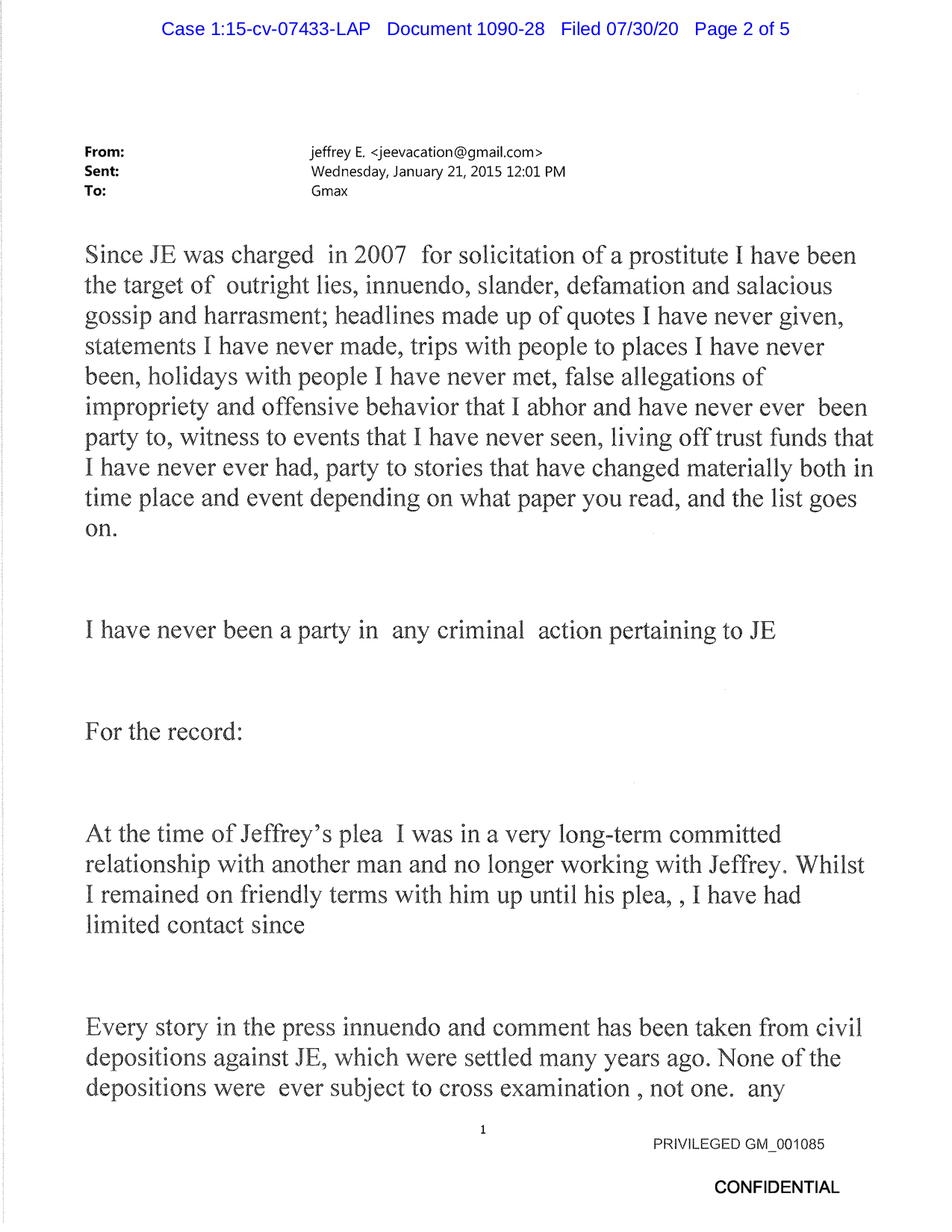 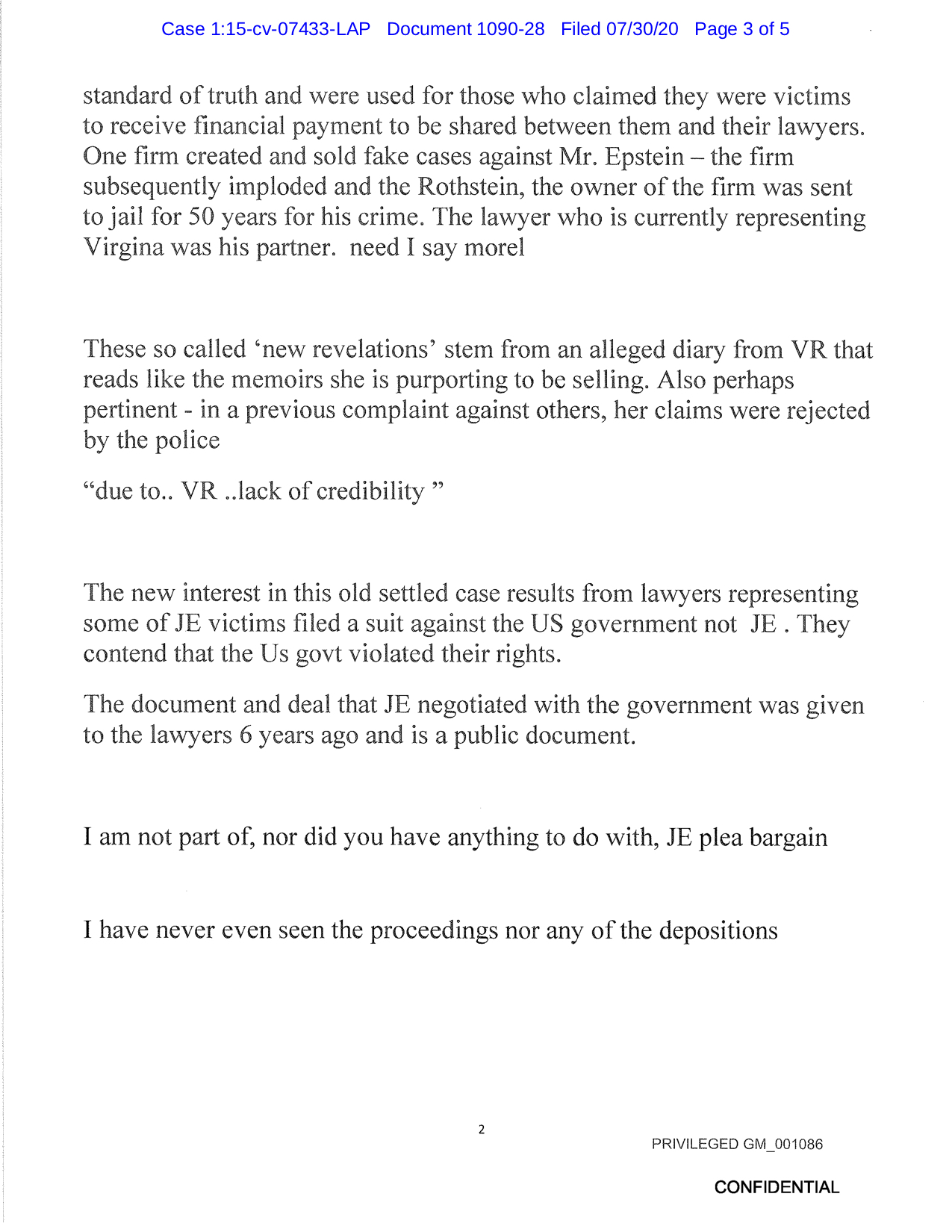 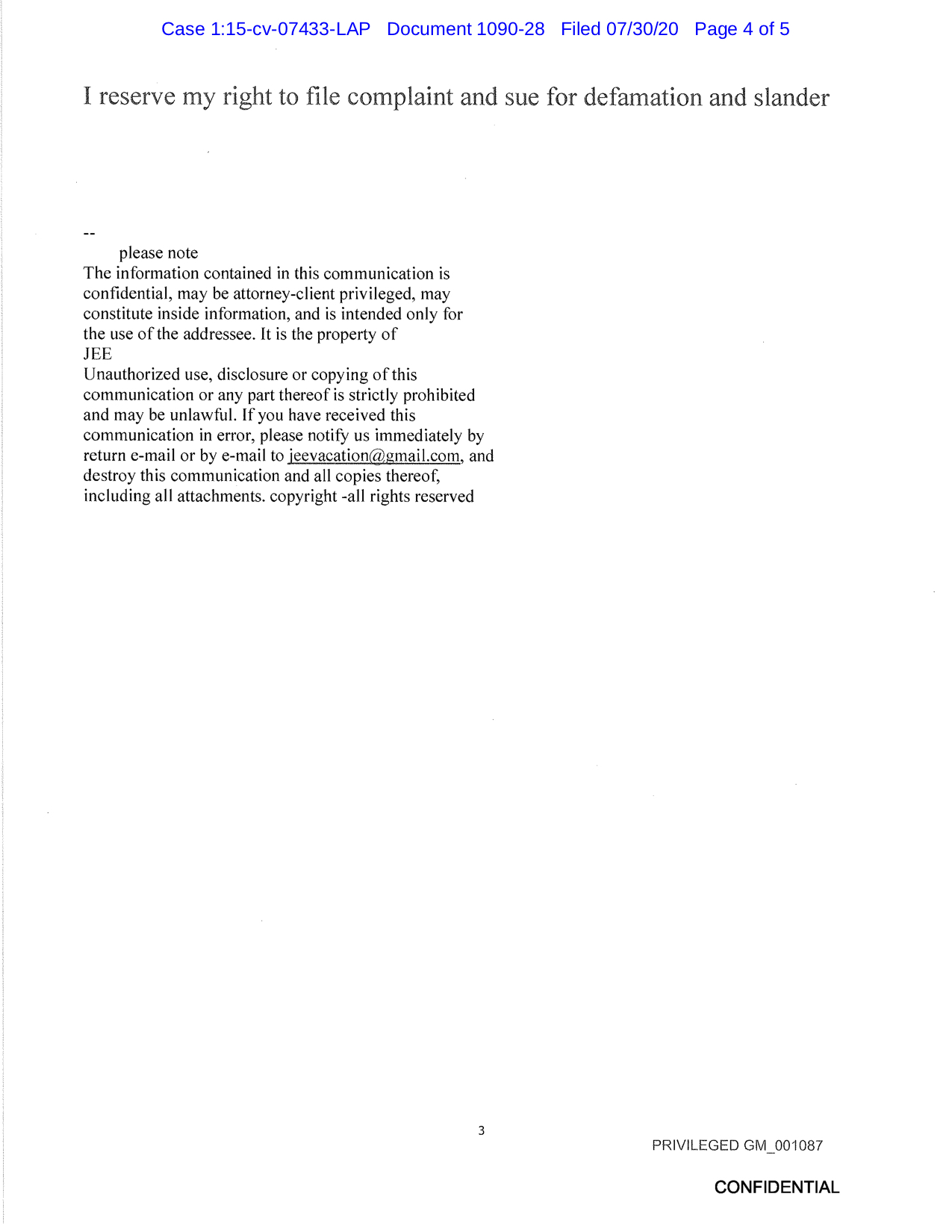 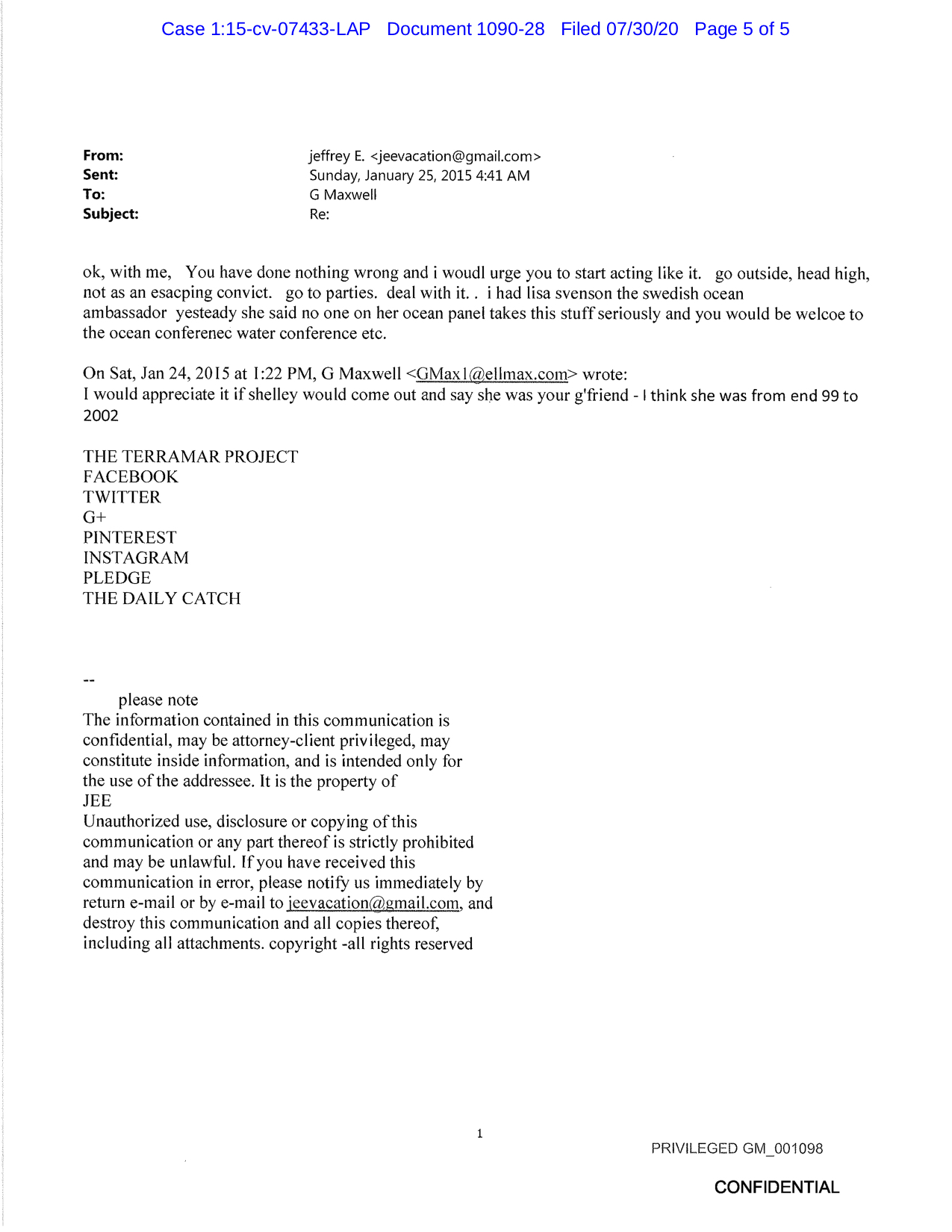 Read the entire cache of newly released court records below:

Read the July 10, 2020 bail request from Maxwell’s attorneys below: