Trump Lawyer to Appeals Court: Either Harvard Thinks Asians Have Worse Personalities or It’s Discriminating Based on Race 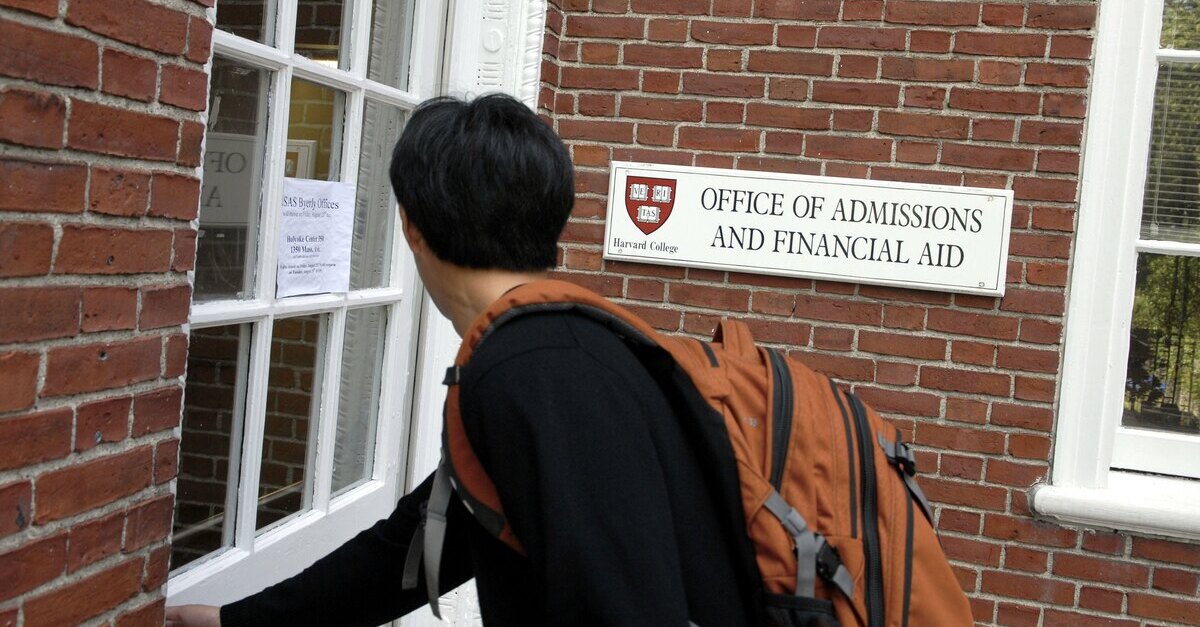 The U.S. Court of Appeals for the First Circuit in Boston heard oral arguments Wednesday in the case against Harvard University over its use of affirmative action policies in admission decisions. Lawyers for appellants, the non-profit group Students for Fair Admissions, appeared before a three-judge panel to field questions about its position that Harvard imposes an illegal “racial penalty” on Asian-Americans.

The case was initially filed by conservative activist Edward Blum on behalf of Asian American students who argue that the university is illegally favoring Black and Latinx students at the expense of Asian American ones. Under the controlling case law, affirmative-action programs that use race as a factor in admissions decisions must delicately balance the goal of fostering diversity with any negative impact shouldered by other racial groups.

After a trial at the district court level, U.S. District Judge Allison Burroughs issued a lengthy decision in Harvard’s favor. She ruled that the university’s process aimed at insuring diversity in its incoming classes did comport with the law; Judge Burroughs specifically found that the school’s “imperfect” admissions process did not result from “racial animus or conscious prejudice”– despite the fact that it resulted in disproportionate rejection rates for Asian-American applicants .

Judge Burroughs found that Harvard’s actions survived a strict scrutiny analysis, and that race was used in the school’s admissions rubric in a “flexible, nonmechanical way,” with a goal of creating a diverse environment on campus. Now, Students for Fair Admissions has appealed, and the case is likely to end up before the Supreme Court.

The case, which has wide-ranging implications that go well past the Ivy League, is already getting special attention from the Trump administration. William Consovoy (who you may remember from oral arguments on the president’s behalf on the tax case) represents the non-profit plaintiffs. Further, the DOJ itself is also officially backing the plaintiff group.

When the DOJ filed an amicus brief in support of Students for Fair Admissions, Assistant Attorney General Eric Dreiband for the Civil Rights Division issued a statement explaining the DOJ’s position.

“Race discrimination hurts people and is never benign,” said Dreiband. “Unconstitutionally partitioning Americans into racial and ethnic blocs harms all involved by fostering stereotypes, bitterness, and division among the American people. The Department of Justice will continue to fight against illegal race discrimination.”

The Department of Justice also launched a similar but separate investigation against Yale University, alleging that it, too, discriminates against whites and Asians.

At oral arguments Wednesday, Dreiband argued to the court that Harvard “monitors the evolving composition of the class by race at every stage of the process,” to produce, “a class that year over year is racially balanced within a very narrow range.”

Consovoy followed up, explaining that, “At the beginning of the year, they set racial targets,” he said. “At the end of the process, they rebalance the class if necessary if they miss the racial targets. No Supreme Court case has said that’s permissible.”

Arguing the case on behalf of Harvard is former U.S. Solicitor General and former member of Harvard’s Board of Overseers Seth P. Waxman. Waxman, a Harvard graduate himself, defended The Crimson’s admission policies, arguing that Students for Fair Admissions had presented no evidence of bias at the trial level, and that statistics support Harvard’s defense.

“We’ve heard an incessant amount in their briefs about the fact that what really went on here was implicit bias,” said Waxman. Despite, plaintiffs alleging that Harvard had “essentially putting a thumb on the scale against Asian-American applicants,” he continued, “There is no evidence in the case to support that.”

In response to Harvard’s defense that its admissions policies consider race as merely one factor among several others to arrive at applicants’ personal scores, Consovoy charged, “Either Asian Americans have worse personalities and deserve lower personal scores, or something is awry. It is one or the other.”

“The plaintiff claimed that the evidence here is that there was some dramatic increase in 2019, which was the class that was admitted just after this lawsuit was filed,” Waxman countered. “With all due respect, that is like the rooster taking credit for the dawn.”

You can listen to the full oral arguments in the case here.