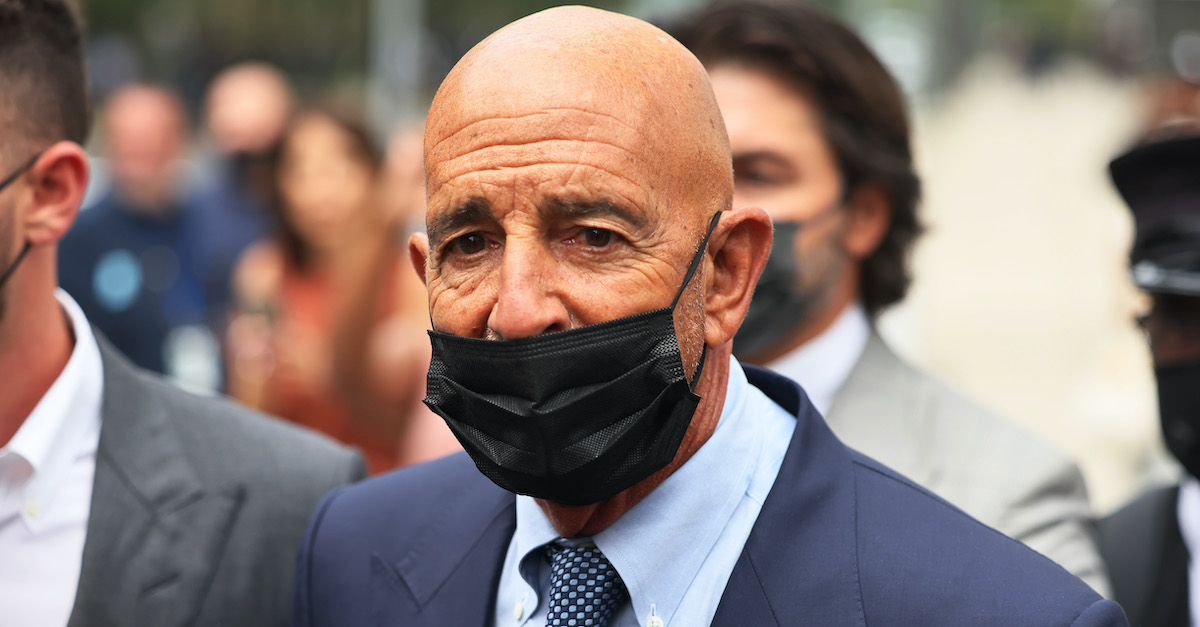 Thomas Barrack, a close adviser to former President Donald Trump and chair of his inaugural committee, leaves U.S. District Court of Eastern District of New York after a court appearance on July 26, 2021 in Downtown Brooklyn in New York City.

Billionaire Thomas Barrack, the former chairman of former President Donald Trump’s inaugural committee, cannot quit his GPS monitoring before his trial on charges of engaging in an undisclosed foreign influence campaign for the United Arab Emirates, a federal judge ruled on Wednesday.

“The risk of flight is not small in this case,” wrote Senior U.S. District Judge Brian Cogan, who is presiding over the case. ” Even with the current financial and travel restrictions, Barrack is a heavily resourced man with an extensive network of contacts throughout the world.”

The wealthy septuagenarian investor is also charged with obstructing justice by lying to the FBI.

“Despite his strong ties to the community, the crimes he is charged with are serious, and the Government has represented that the weight of the evidence against him is substantial,” Cogan continued. “Facing a potential prison term of at least a decade, at age 75, it would not be surprising for Barrack to determine that he would rather take his chances and flee, despite his extensive family ties and long-time residence in his community. This risk only grows as trial approaches.”

The judge brushed aside Barrack’s claims that the ankle monitor would deprive him of a fair trial, proposing a simple solution.

“Barrack will not be prejudiced at trial by virtue of the ankle monitor, which can easily be concealed with clothing,” the three-page ruling states. “As is its practice, the Court will work with the U.S. Marshals and defendant’s counsel to ensure that the jury is not alerted to the existence of the monitor.”

“As to Grimes, there is no compelling reason to revisit my earlier ruling,” Cogan wrote.

The third person charged in the indictment is Rashid Sultan Rashid Al Malik Alshahhi, also known as Rashid Al Malik and Rashid Al-Malik. Days after being interviewed by law enforcement, Al Malik fled the U.S. and is believed to be still at large. In an email to Al-Malik, Barrack referred to the Emiratis as the “home team,” according to the indictment.

The charges against all three men were revealed more than a year ago in July 2021.