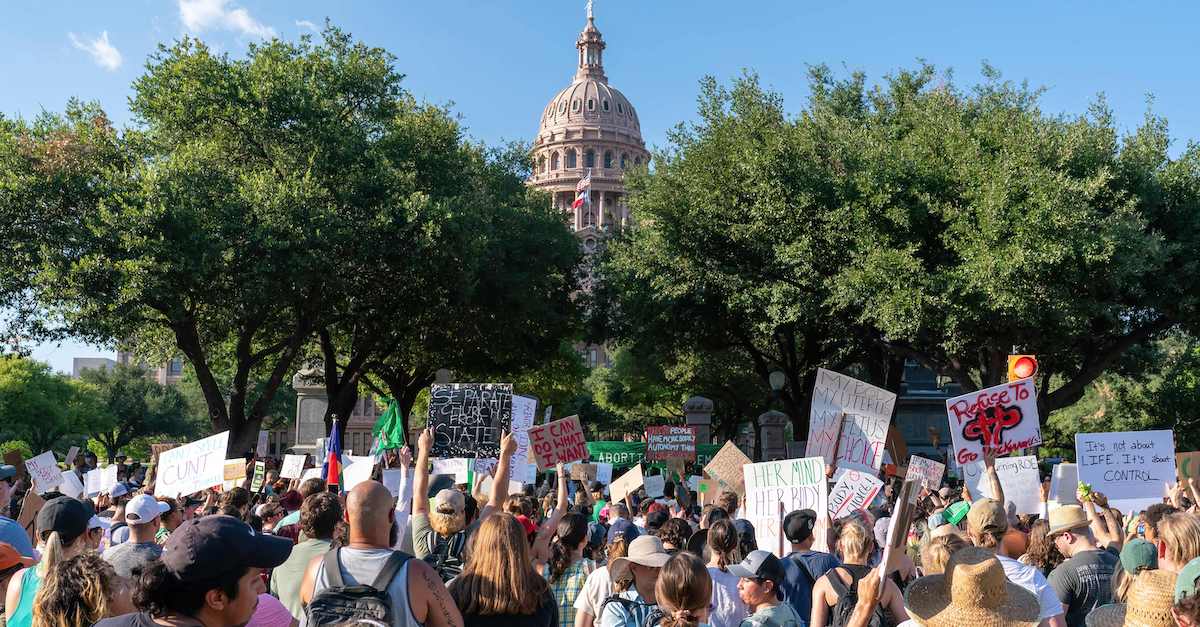 The majority opinion in Dobbs v. Jackson Women’s Health Organization on Friday ended nearly half a century of abortion rights in the United States. One abortion advocacy group, the Guttmacher Institute, estimated that 26 states would likely or certainly ban the procedure in the Dobbs opinion’s wake.

Texas, which criminalized abortion except “for the purpose of saving the life of the mother” in 1925, was one of those states, but the American Civil Liberties Union — representing several clinics led by Whole Woman’s Health — sought to stave off that fate with a lawsuit filed on Monday.

Just hours after the release of the Dobbs opinion, Texas Attorney General Ken Paxton (R) released an advisory acknowledging that the state’s trigger ban wouldn’t be enforceable until 30 days after the issuance of any judgment overturning Roe. Paxton added, however, that prosecutors may “choose to immediately pursue criminal prosecutions based on violations of Texas abortion prohibitions predating Roe that were never repealed by the Texas Legislature.”

“Mr. Paxton’s and the Texas Legislature’s attempts to greenlight the immediate prosecution of abortion providers based on violations of the Pre-Roe Ban must not stand,” the lawsuit said. “As a threshold matter, the Pre-Roe Ban was repealed as of the Roe decision in 1973. It was found nowhere in Texas’s criminal or civil statutes for nearly four decades, and even now it appears in Vernon’s Texas Civil Statutes with the proviso that, according to the Fifth Circuit, these antiquated statutes were long ago repealed by implication.”

“I’m glad to see that a Harris County court blocked enforcement of pre-Roe anti-abortion laws that have been on the books since the 1920s,” Menefee said in a statement. “It’s shameful that Attorney General Ken Paxton would be encouraging prosecutors to go after medical providers under laws that are clearly no longer enforceable.”

“It’s reprehensible that our Attorney General would invoke laws dating back to the 1920s – we all know what types of laws were on the books in the south during that time,” he added. “Our state leadership should not be trying to take Texans back to those times.”

The temporary restraining order lasts 14 days. The court set a hearing on July 12 to consider the motion for a temporary injunction.

Nancy Northup, the president and CEO of the Center for Reproductive Rights, said in a statement that every moment when abortion rights are extended in Texas counts.

“Abortion services stopped immediately in Texas last week after the Supreme Court’s crushing decision, but we will fight to maintain access for as long as we can,” said Northup. “Every day, every hour that abortion remains legal in Texas is a chance for more people to get the care they need. The clinics we represent want to help as many patients as they can, down to the last minute.”

[Editor’s note:  some of the original quotations included in this report did not italicize the word “Roe” to reference the name of the U.S. Supreme Court’s 1973 opinion.  We’ve italicized the word for consistency.]