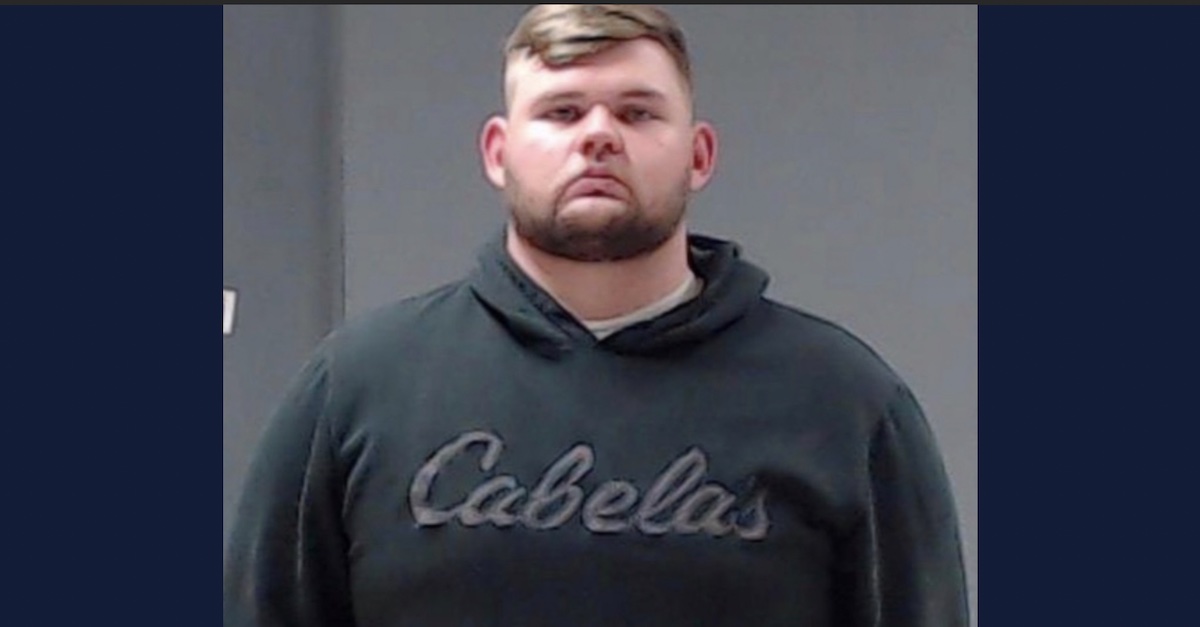 A 24-year-old former small town Texas police officer accused of murdering an unarmed Black man in 2020 was acquitted by an all-white jury on Thursday, one day after he took the stand in his own defense.

There was no dispute that Shaun Lucas shot and killed 31-year-old Jonathan Price outside a convenience store in October 2020, but the question for Hunt County jurors was whether his actions that night were reasonable.

When the case first arose, Texas Rangers concluded that Lucas’s actions were “not objectively reasonable.”

Texas Department of Public Safety Lt. Lonny Haschel said in a statement that then-Wolfe City Officer Lucas responded at 8:24 p.m. on Saturday Oct. 3, 2020, after a “disturbance call” reported a “possible fight in progress.”

Haschel said Lucas “made contact” with Price, “who was reportedly involved in the disturbance.”

“Officer Lucas attempted to detain Price, who resisted in a non-threatening posture and began walking away. Officer Lucas deployed his TASER, followed by discharging his service weapon striking Price,” the statement continued.

The defense asserted, however, that Lucas had “no choice” but to shoot Price.

On Wednesday, Lucas took the stand in his own defense and claimed self-defense. Courthouse News recounted that testimony — and context about key bodycam footage played in court — this way:

Lucas told jurors that an obviously intoxicated Price, 31, approached him at the Kwik Check convenience store and asked him how he was before offering to shake his hand. He testified he accepted Price’s hand to try and “get him out of my space as easily as I can.”

He said he tried to detain Price and put him in his patrol car for being intoxicated in public and for possibly being involved in the earlier fight.

Body camera footage was played in court as Price is shown refusing to comply with Lucas’ verbal commands, saying he is “not going to be detained.” Lucas is heard telling Price he will be shot with a Taser before Price begins to walk away. Lucas fired and Price turns back around and appears to reach out to Lucas, who then fires his gun.

While the prosecution reportedly told jurors “If it wasn’t necessary; it was murder” and urged them to “Go back and find [Lucas] guilty,” defense lawyer Robert Rogers described his client as “terrified” the moment he opened fire.

“That’s the only reason he fired his gun,” Rogers reportedly countered during closings.

After around five hours, Lucas was acquitted.

Civil rights lawyer Lee Merritt, who represents Price’s family, reacted by emphasizing that Lucas was “acquitted in rural Hunt County Texas by an all white jury.”

The jury’s verdict goes against the weight of the evidence and leaves black Texans exposed to state sanctioned violence. We are appealing to the Department of Justice to intervene and bring federal criminal charges.

“At the time of his murder [Price] was unarmed and did not pose a threat to any one. Every law enforcement professional that reviewed the facts concluded Lucas’ use of force was unjustified,” the lawyer said. “The jury’s verdict goes against the weight of the evidence and leaves black Texans exposed to state sanctioned violence. We are appealing to the Department of Justice to intervene and bring federal criminal charges.”

Jonathan Price’s mother Marcella Louis is currently suing Lucas, claiming that there was “no justification for officer Lucas to use lethal force” and arguing that he “was not in reasonable fear of serious bodily injury or death.”

“Jonathan Price was considered a hometown hero in Wolfe City, Texas before his life was tragically cut short when he was killed by a police officer after intervening in a domestic fight at a local convenience store,” the school said in the weeks after Price’s death.

“Jonathan Price was an outstanding great young man. I remember clearly, while we were recruiting him, that he was -Mr. Everything- in Wolfe City. Although I was head coach, I also served as position coach for the running backs and worked with Jonathan directly. He was a model young man, a joy to coach, and a strong player,” Coach Jimmie Keeling said. “He was well-liked by his teammates and classmates. Jonathan’s outlook and attitude were always positive, and he was a natural encourager.”