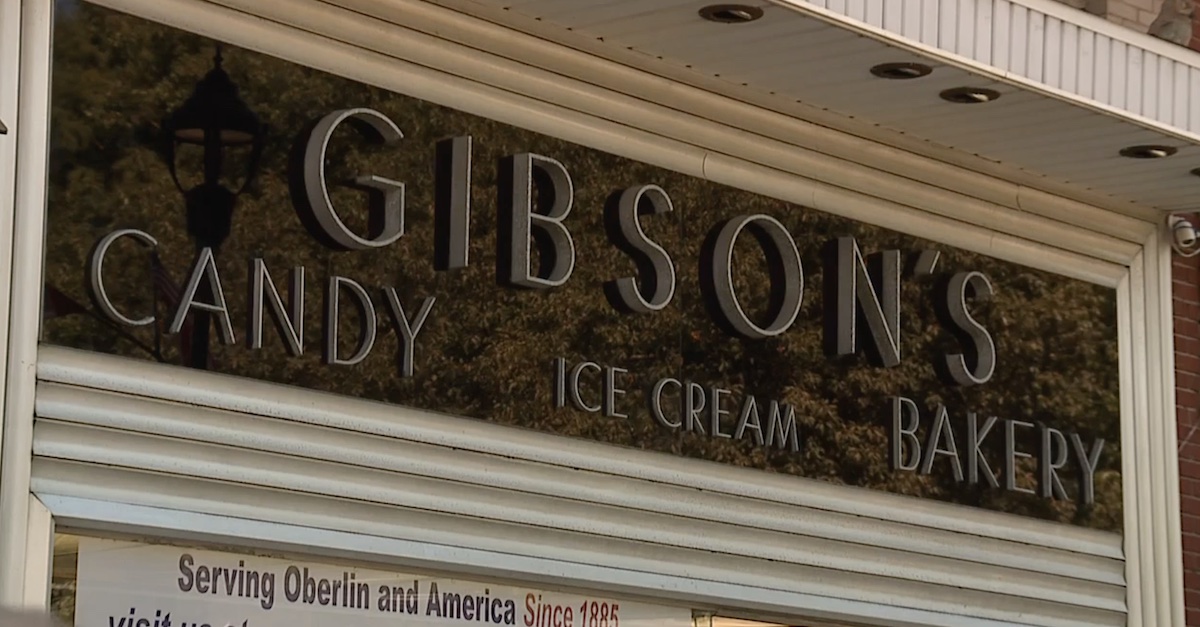 Thanks to the Ohio Supreme Court, Oberlin College does not need to pay up on a $36 million judgment for wrongfully encouraging the boycott of a local bakery just yet. The court issued a stay on Tuesday, meaning that the ultra-progressive college can hold off on paying the massive damages amount until after all appeals are completed.

Conservatives have called the case an example of “cancel culture” at work. The underlying litigation arose just after the 2016 election, when three African-American Oberlin students were arrested for attempting to steal bottles of wine from a local bakery. Oberlin’s Student Senate immediately declared the incident a case of racial profiling, and passed a resolution ceasing all support for the bakery. Oberlin’s administration also got on board with the boycott of Gibson’s Bakery, and a dean of students even handed out flyers which cited Gibson’s history of racial profiling.

In reality, the three students who were arrested had not only tried to shoplift, but had also engaged in physical altercations with Gibson’s staff.

Gibson’s sued Oberlin for defamation, and the jury returned a verdict of $11.2 million — which was later increased threefold plus attorneys fees due to a secondary jury finding that Oberlin had acted with malice.

Oberlin asked the Ohio Supreme Court in June to stay the judgment while its appeal proceeded “out of an abundance of caution.” Gibson’s argued in court that it may be forced to close if Oberlin does not immediately make payment. The court ruled on Tuesday to grant the stay, but offered no written opinion or specific reasoning.

The court’s decision, however, appears to have broken down along political lines. Justices Sharon Kennedy, Patrick Fischer and Pat DeWine were listed as having dissented from the ruling. All three ran as Republicans and are up for reelection this year, and Kennedy is running for Ohio chief justice. If Kennedy prevails, she would replace Chief Justice Maureen O’Connor, a Republican, who cannot seek reelection due to age limits.

O’Connor was one of the justices not listed as a dissenter on the decision to stay the Oberlin verdict. The other members of the court, all of whom voted in favor of the stay are Justices Melody Stewart, Michael Donnelly and Jennifer Brunner, who ran as Democrats. Brunner is also running for chief justice. (See here for more on how justices have been and will be elected in Ohio.)

Oberlin issued a statement in May 2022 that it “is pleased to have support from a number of organizations with a broad range of missions and perspectives,” and listed the Ohio Chamber of Commerce, NAACP, Reporters Committee for Freedom of the Press, the National Coalition Against Censorship and Defending Rights & Dissent, and the Ohio Association of Civil Trial Attorneys, all of whom have filed amicus briefs in support of Oberlin’s appeal.

While the case is under consideration and the stay is in place, Oberlin’s funds are being held in a surety bond by Zurich American Insurance Co.

Counsel for the parties did not immediately respond to request for comment.