‘I Made a Mistake’: Michigan Judge Who Berated 72-Year-Old Cancer Patient Issues Apology on Court Stationery, Turns Herself in to State’s Judicial Watchdog Authority 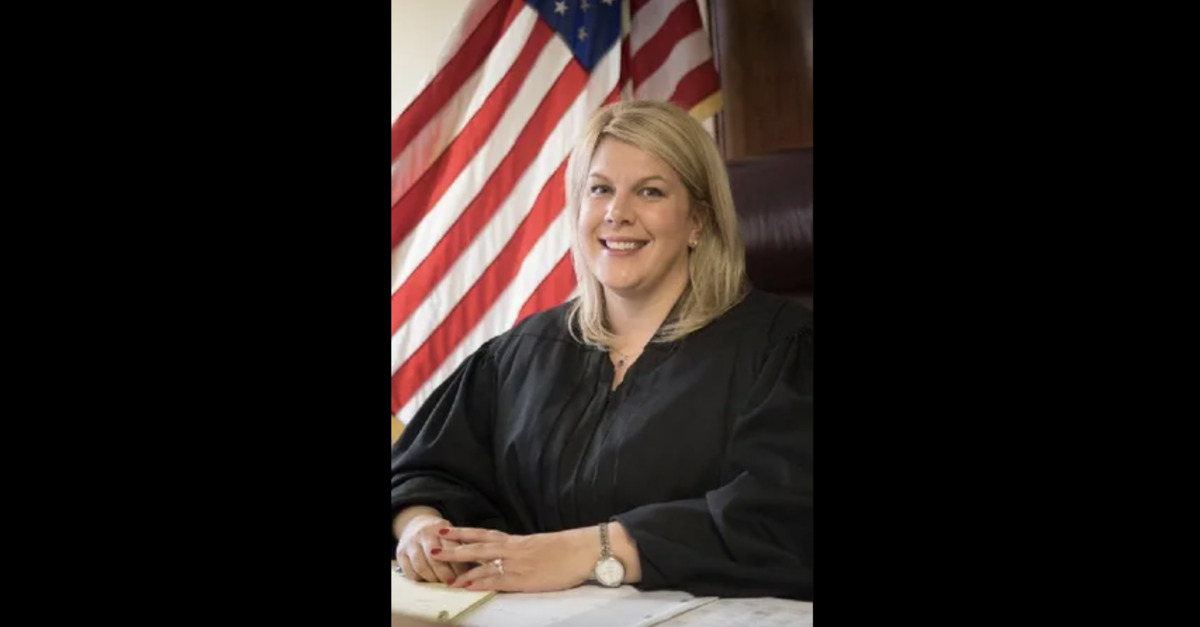 A Michigan judge from the Detroit metropolitan area is backtracking after being embarrassed by her own words earlier this month.

As Law&Crime previously reported, Honorable Judge Alexis G. Krot, who sits on the 31st District Court in Hamtramck, Mich. told a 72-year-old cancer patient that he should be “ashamed” for failing to, in the eyes of the law, get rid of weeds and other vegetation on his own property fast enough to satisfy a local ordinance.

“I made a mistake,” Krot said in an open letter-like apology posted on the court’s website. “I acted intemperately. I’m very embarrassed that I did so. I apologize to the person who appeared before me and to our entire community for having failed to meet the high standards we expect of our judicial officers and that I expect of myself.”

Dated Tuesday, Jan. 18, the mea culpa statement comes roughly one week after local and national media reported on the comments the judge made to ailing Burhan Chowdhury, who she ordered to pay a $100 fine over the lawn maintenance issue, even as he made her aware of his medical condition due to cancer treatment.

When asked for his plea by Krot, Chowdhury told the judge he was “very old” and “a cancer patient.” He repeatedly said he was “very weak” due to the medicine keeping him alive and unable to maintain the plant growth in question–as he audibly struggled to breathe.

Sympathy from the judge was lacking even then.

“Shameful,” she said before lecturing the man before her about the virtues of neighborly behavior in the formerly Polish enclave that has, in recent years, become the first Muslim-majority city in the United States. “The neighbors should not have to look at that. You should be ashamed of yourself. If I could give you jail time on this, I would.”

When issuing the fine, Krot continued: “You’ve got to get that cleaned up. That is totally inappropriate.”

Near the end of the hearing, the man’s 33-year-old son Shibbir Chowdhury spoke up to ask for lenience.

“Is it forgivable ma’am, because my father is currently very sick and we cleaned it up,” the younger Chowdhury asks as the agitated judge cuts him off to say: “Have you seen that photo?”

The fine was quickly paid but the firestorm continued. The man’s son was later interviewed by the Washington Post where he remarked upon the decidedly non-commensurate nature of the hearing.

“She was telling my father, a sick person, that he should go to jail,” Shibbir Chowdury said. “That’s ridiculous. You can’t give a 72-year-old person jail time for not cleaning an alley. I was really shocked by it. I didn’t expect her to yell at us in this kind of a situation.”

After a wellspring of online criticism, and perhaps fearing formal sanction or removal, Krot says she turned herself in to Wolverine State judicial authorities for the sharp upbraiding.

“When someone appears before me and has made a mistake, I expect them to own up to it,” her atonement note continues. “I expect nothing less of myself. No ifs, ands or buts: that is the reason I self-reported my behavior to the Judicial Tenure Commission. I had no legal duty to report myself to the Commission, but I did so because, like apologizing to the community, it was the right thing to do.”

Krot was appointed to the bench in 2016 by GOP then-governor Rick Snyder. In 2018, she won her seat in a nonpartisan election.