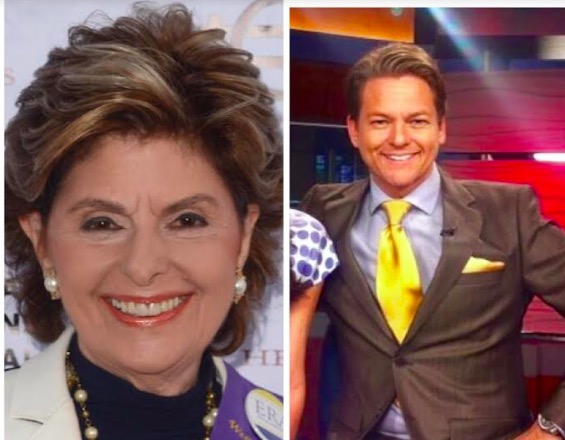 A former client of Gloria Allred has filed a lawsuit against the celebrity attorney for legal malpractice and fraud, claiming she negligently represented him during a case. Kyle Hunter, a local television weatherman, hired Allred to go after CBS for allegedly discriminating against him in favor of younger, attractive female meteorologists. His lawsuit filed on Tuesday contends Allred botched his legal case, and didn’t properly notify him that she was working with CBS to produce a legal drama inspired by her life — an obvious conflict of interest, he claims.

“As Allred negotiated in secret a TV deal for herself with CBS during the Hunter lawsuit, the malpractice in her handling of the case led to a near- seven-figure legal bill for Hunter, a sunk suit against CBS, and an impaired reputation for Hunter,” the lawsuit, which was filed in Los Angeles County Superior County, reads.

Hunter contends that Allred, and other attorneys at her firm including Michael Maroko and John West failed to interview witnesses, and provide affidavits in his suit, which would have greatly bolstered his case. As a result, he contends, a trial court found in favor of CBS, and ordered Hunter to pay attorney’s fees and costs which amounted to $800,000. The lawsuit claims that Allred told Hunter that he had contacted witnesses “but Hunter knew that was a lie. These witnesses were Hunter’s friends, people he had worked with for years, and they told him they were not contacted.”

“Allred sandbagged her client to serve her personal pecuniary interests, her penchant for public fame, and to protect the malfeasance of her media allies. Allred needs to spend less time in front of a TV camera, and more time in an ethics library,” the court paperwork reads. The lawsuit was filed by Robert Barnes, a California based attorney, who also contributes legal opinion pieces to LawNewz.com.

The legal action comes on the heels of recent reports that Allred is under investigation by the State Bar of California. Allred, a renowned civil rights attorney, is known for getting involved in controversial celebrity cases, especially those involving allegations of sexual assault and discrimination. Most recently, she announced a defamation lawsuit against President Donald Trump on behalf of Summer Zervos, a former Apprentice contestant who claims Trump groped her. She is also representing several women who have accused comedian Bill Cosby of sexual assault.  According to a letter from the State Bar of California viewed by LawNewz.com, her case has been forwarded to the State Bar’s Enforcement Unit for further investigation and possible prosecution.

LawNewz.com is awaiting a response from Allred to the latest allegations in the Hunter lawsuit. However, in March, in response to the bar investigation, Allred stated: “Someone has attempted to shake me down by threatening to report me to the State Bar unless I paid him a large sum of money. I have refused to pay this individual any amount of money.  I will not be threatened or bullied by false accusations.” We will update this article when we get a response from Allred to the latest claims.

“Mr. Hunter has been threatening to sue our law firm for approximately one year in an attempt to get our law firm to pay him money which he is not entitled to.   We represented Mr. Hunter vigorously and with devotion and with the  utmost integrity.  We advanced his case through all the courts in California, including two attempts to have his case heard in the California Supreme Court.  He has no valid claim against our law firm or its partners and we will pay him nothing for his worthless claims.  We will vigorously defend ourselves and we believe that we will prevail. “