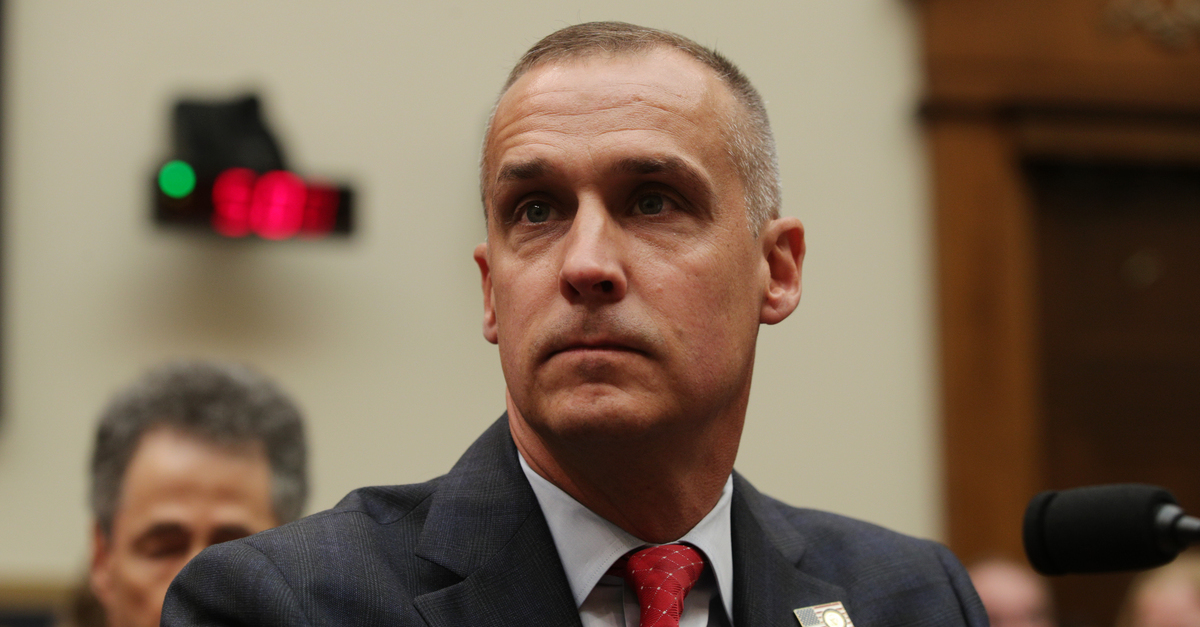 Giuliani’s defense attorney Barry Kamins maintains that these witnesses will show that the former mayor’s lawsuit seeking to subvert President Joe Biden’s more than 80,000-vote victory in the Keystone State wasn’t “frivolous” — or deserving of disbarment.

During his brief testimony, Lewandowski told the bar officials that the former president’s son Eric Trump told him to go to Philadelphia, Pennsylvania, shortly after the Election Day — and that he traveled there as an observer on Nov. 4, 2020. His testimony was being offered in service of the proposition that there was reason for Giuliani to believe Republicans were being denied access to observe election returns in Pennsylvania, one of the key grounds upon which Trump loyalists challenged the outcome there.

Fact-checkers have repeatedly rejected claims that Republican poll watchers were denied access in Pennsylvania, where election authorities had strict social distancing measures in place during the COVID-19 pandemic. Despite a viral video showing one poll watcher being sent away, that person mistakenly denied entry was later granted access. The Supreme Court of Pennsylvania upheld the social distancing measures, rejecting the Trump campaign’s legal arguments about unfairness in observation.

During his testimony, Lewandowski — who wasn’t an attorney, candidate, or Philadelphia resident — continued to suggest he was wronged. He said that he arrived that the convention center to find both pro- and anti-Trump protests.

Lewandowski claimed that he was then improperly denied entry, but a contemporaneous report from the New York Times quoted the chief of staff for a Republican election commissioner as saying he wasn’t on either party’s list of approved poll watchers in their system.

That Republican official, Seth Bluestein, told the Times that he made an exception by letting Lewandowski in to relieve tensions.

Lewandowski gave a different account, claiming to have won the legal right to enter via court order. He also said he was threatened with jail after taking pictures.

As he told it, Lewandowski reported access issues in a conference then-deputy director Bill Stepien. A former White House Director of Political Affairs, Stepien would later tell the Jan. 6th Committee that he stepped away from the Trump campaign because it wasn’t being “honest and professional,” but Vanity Fair from this past June reported that his firm was still making $1.2 million from interests propagating election misinformation.

After discussions with Trump campaign officials and lawyers, Lewandowski said that he was provided with a court order that allowed him and Bondi gained access to the convention center. He claimed that he convened an “impromptu” press conference there which was “widely covered.”

According to the Philadelphia Inquirer‘s account, Lewandowski and Bondi stood with the pro-Trump crowd “egging them on” in their conspiracy theories.

Lewandowski claimed he was repeatedly threatened with jail. The first time, he said, was over trying to enter the facility. He said that he told an official from the sheriff’s office that he had an order allowing him to be there, and quoted the officer allegedly responding: “They don’t have a police department. I do.”

The following day, Lewandowski says, he was granted a credential and a lanyard.

Once inside, Lewandowski asserted, a security guard threatened him with jail for taking photographs.

“From my vantage point, it was all but impossible to see what was transpiring in the back of the room,” he said. “I was taking pictures on my telephone when I was approached by a security guard who said to me if I didn’t turn over my phone, he’d put me in jail.”

Lewandowski claimed that another sheriff’s office representative repeated the threat, but he added that security and law enforcement ultimately left him alone the person in charge eventually gave him permission to snap pictures on his phone.

Philadelphia-based lawyer Adam Bonin, who says he observed the event, calls Lewandowski’s account “false.” He claimed the court order Lewandowski referred to in his testimony did not entitle him to enter, and he was only allowed access as an exception and accommodation.

Giuliani’s hearings are scheduled to last roughly two weeks. The disciplinary counsel said during opening statements the former mayor of New York “weaponized his law license” to attack U.S. democracy, before sparring with Giuliani as his first witness in sometimes-combative testimony.