Trump’s Deposition at Mar-a-Lago Loomed in a Lawsuit Accusing Him of Promoting a ‘Pyramid Scheme.’ Then Hurricane Ian Landed. 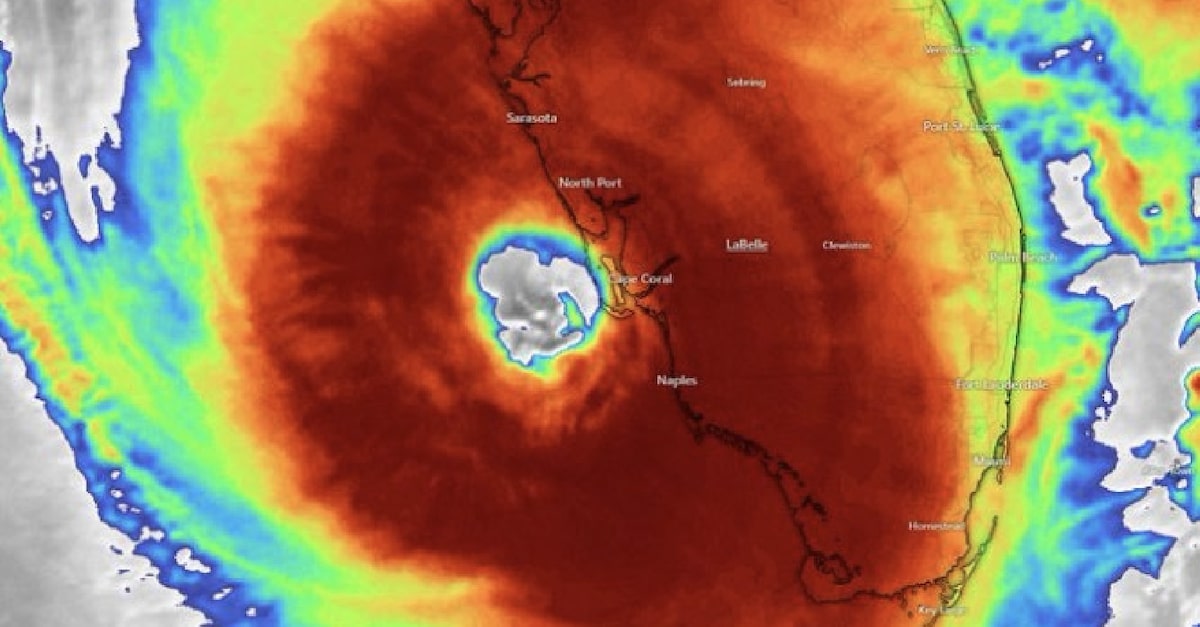 A radar image of Hurricane Ian approaching the Florida coast embedded in a letter motion related to former President Donald Trump’s scheduled deposition in a lawsuit accusing him of promoting a pyramid scheme.

Donald Trump was going to be deposed at Mar-a-Lago on Friday, the day of a discovery deadline in a lawsuit accusing the former president and his family of promoting a pyramid scheme.

Then, Hurricane Ian made landfall in Florida.

The unexpected wrinkle came in longstanding litigation alleging that Trump and his adult children promoted the services of American Communications Network, described by the plaintiffs a “get rich quick scheme” that the former president allegedly boosted on The Celebrity Apprentice.

Nearly four years since the filing of the lawsuit in the Southern District of New York, their attorney Roberta Kaplan had been primed to get the former president on the hot seat at Mar-a-Lago, his country club, primary residence, and one-time storage site for more than 100 documents marked classified.

Kaplan said that she planned to head down to Florida on Thursday morning for a previously scheduled seven-hour grilling the following day — but that’s no longer a sustainable course of action.

“We do not believe that is prudent or safe, and we have been unable to obtain Defendants’ agreement to reschedule (or relocate) the deposition,” she wrote.

Both President Joe Biden (D) and Florida Gov. Ron DeSantis (R) had declared states of emergency for the whole state because of the hurricane, which made landfall earlier on Wednesday with maximum sustained winds just shy of a Category 5 storm.

“For the past several days, as we have monitored the developing situation around Hurricane Ian, we have raised with defense counsel the possibility of relocating the deposition,” the letter states, describing outreach to Trump’s lawyer Clifford S. Robert. “For example, on Sunday, September 25, I sent an email to Mr. Robert, lead counsel for Mr. Trump, expressing our desire to keep the date, but raising concerns about last-minute cancellations and the potential inability of the court reporter and videographer to get safely to the deposition location, and suggesting that we move the deposition to Bedminster, New Jersey. I received no response. Instead, Mr. Robert called me yesterday, September 27, to tell me that he and his colleague were boarding a flight to Palm Beach. I expressed some surprise—I believe I used the word ‘walloped’ — but Mr. Robert indicated they were flying down anyway.”

Kaplan says that she stopped being able to reach Robert and his colleague.

“In Palm Beach County specifically, schools have been closed for tomorrow, and a tornado watch is in place,” her letter states. “The federal court in West Palm Beach has closed tomorrow and Friday. And the Sheriff in Palm Beach made a public statement earlier today asking the public to ‘[p]lease avoid the roads if possible.’ More than half the flights into and out of Palm Beach airport today have been cancelled, and our airline sent us an advisory this afternoon indicating that we should expect cancellations and/or significant delays tomorrow. Our travel agent likewise said that last-minute cancellations seem likely under the circumstances — and that even if we can get to Florida, we may not be able to get back (to say nothing of traveling safely within Florida).”

She asked U.S. Magistrate Judge Sarah Cave to order Trump’s counsel to reschedule the deposition. Later that evening, Trump’s attorney questioned the sequence of events in Kaplan’s letter, which he called “disingenuous and misleading.”

“In actual fact, we thought it absolutely absurd to travel from the New York area to West Palm Beach in the middle of a hurricane and would have been pleased to reschedule the deposition to another date, but Plaintiffs insisted that it proceed,” Robert wrote in reply, ripping the plaintiffs’ team for having the “gall” to seek its cancellation.

The magistrate declined to wade into the factual dispute, but ultimately found that whoever was at fault, the deposition could not move forward in the midst of a Category 4 storm.

“Under these conditions, whether the deposition could occur on Friday, even remotely, is uncertain,” Cave wrote, emphasizing the word in original.

Update—Sept. 29, 2022 at 12:51 p.m. Eastern Time: Since the publication of this story, Trump’s counsel questioned the sequence of events, and a magistrate judge issued a ruling for a new deposition details. The latest details have been added to the original article.