D.C. Circuit Rules Against Trump in Tax Return Dispute: Ex-Presidents Are ‘Subject to the Same Laws as All Other Citizens’ 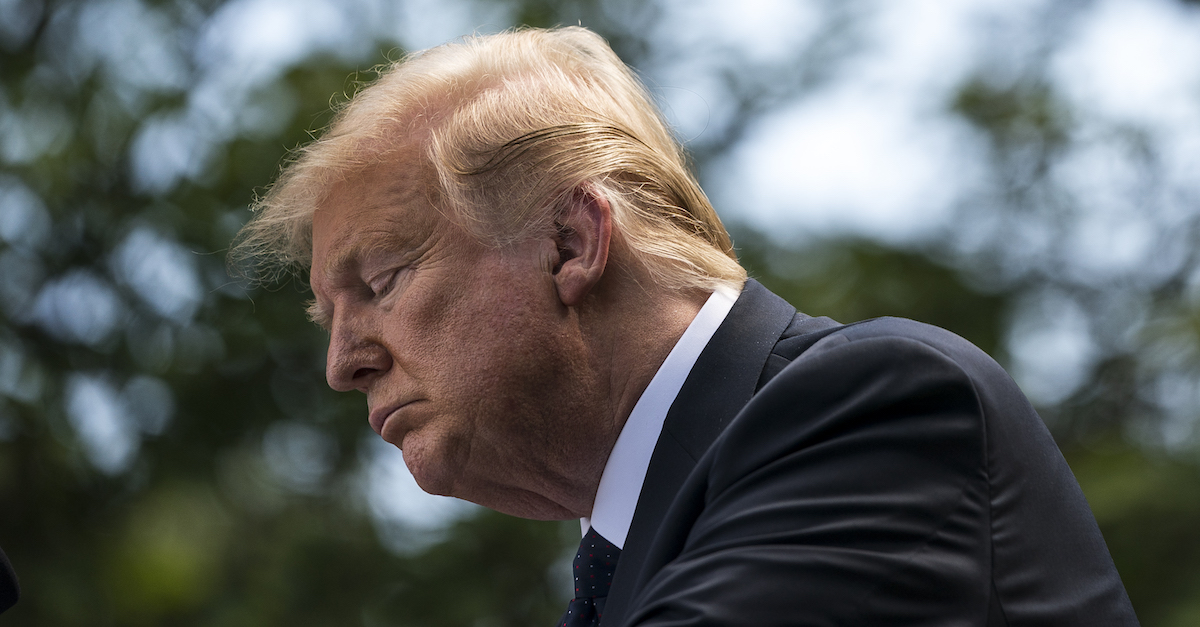 In a unanimous ruling, a three-judge panel on the U.S. Court of Appeals for the D.C. Circuit ruled against various Trump-related parties who have long sought to keep the 45th president’s financial documents under lock and key. The 33-page opinion is a significant victory for Democrats on the U.S. House of Representatives Ways and Means Committee, who have, for years, tried to obtain Trump’s tax returns and other information in the name of oversight and lawmaking.

“[E]very President takes office knowing that he will be subject to the same laws as all other citizens upon leaving office,” Ronald Reagan-appointed U.S. Circuit Judge David B. Sentelle wrote. “This is a feature of our democratic republic, not a bug.”

Committee Chair Richard Neal (D-Mass.) has sought the documents since 2019 but the U.S. Department of Treasury first lodged an objection, prompting the still-ongoing court battle. The change in administration in 2020 resulted in the Treasury Department eventually dropping their opposition, allowing the various Trump parties to intervene. In response to Tuesday’s ruling, the committee said they expect to gain access to the former president’s tax returns “immediately.”

That, however, is unlikely to happen. The ruling will almost certainly be appealed to the full appellate court and, presumably, to the U.S. Supreme Court beyond that – if the Ways and Means Committee continues to seek the documents from Trump.

In the ruling upholding McFadden’s earlier decision, Sentelle wrote that Congress has “broad and indispensable” authority to “secure needed information” despite that power not being enumerated in the U.S. Constitution. The ruling goes on to note that such requests must be “related to, and in furtherance of, a legitimate task of Congress,” which generally means they must have a potential legislative function.

But under no circumstances, Sentelle reasons, can Congress expose individuals “for the sake of exposure.”

“The 2021 Request seeks information that may inform the United States House of Representatives Committee on Ways and Means as to the efficacy of the Presidential Audit Program, and therefore, was made in furtherance of a subject upon which legislation could be had,” the opinion says. “Further, the Request did not violate separation of powers principles under any of the potentially applicable tests.”

Trump’s attorneys claimed the burden was simply too great to comply. But the court dismissed those concerns.

“This is certainly inconvenient, but not to the extent that it represents an unconstitutional burden violating the separation of powers,” the panel said. “Congressional investigations sometimes expose the private information of the entities, organizations, and individuals that they investigate. This does not make them overly burdensome.”

Trump’s lawyers also unsuccessfully argued that the effort to obtain his financial information was retaliatory, politically motivated and therefore a violation of the First Amendment.

The court rejected that line of argument as well, citing a federal law that gives a House committee chair wide latitude to request tax-related documentation from the executive branch.

“This statute can be properly applied in numerous circumstances, including the one before the court,” Sentelle said. “The [committee chair] could request returns and return information to inform legislation concerning the Tax Code or the laws provisioning the Treasury Department. Section 6103(f)(1) is not facially unconstitutional. … [T]here are many circumstances under which it can be validly applied, and Treasury’s decision to comply with the Request did not violate the Trump Parties’ First Amendment rights.”

Sentelle went on to say that congressional motive in seeking such information under the statute is immaterial [emphasis in original]:

The courts do not probe the motives of individual legislators. These motives are explicitly protected by the Speech or Debate Clause.

The Trump Parties have failed to state a claim for the reason that they cannot show that Treasury’s decision to comply with the 2021 Request would not have happened absent a retaliatory motive. The language of § 6103(f)(1) is mandatory. The statute provides that “the Secretary shall furnish,” the requested information to the Committee upon written request.