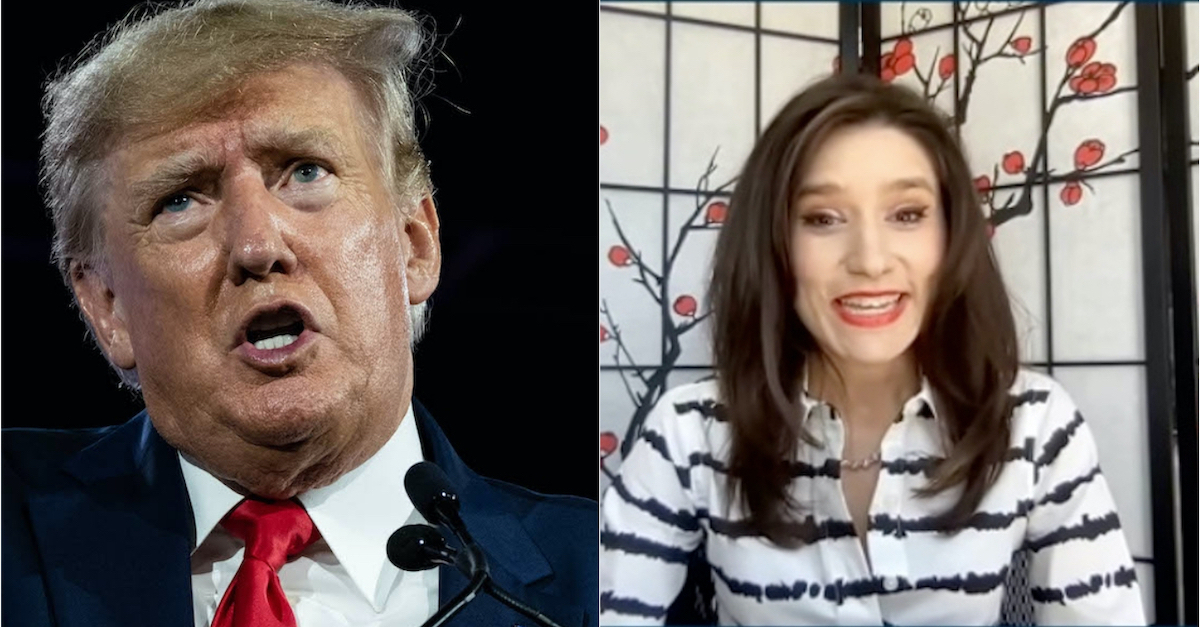 The legal team behind Donald Trump’s 2016 campaign will no longer seek to punish workers who speak publicly about their time working to get the former president elected.

The campaign’s reversal came after a judge voided its non-disclosure agreements as “vague and indefinite.” Trump’s legal team quickly jockeyed to seek a litigation advantage from their concession toward its workers on Tuesday.

Lawyers for Donald J. Trump for President, Inc. — now known as the Make America Great Again PAC — disclosed the concession in a letter filed in court on Tuesday in a lawsuit brought by Jessica Denson, who previously led the campaign’s Hispanic outreach efforts. In that letter, the lawyers asked U.S. District Judge Paul G. Gardephe, a George W. Bush appointee, for a conference to discuss the campaign’s “intended motion” to dismiss the lawsuit.

In Tuesday’s letter, attorneys Jared Blumetti and Patrick McPartland shared language from a declaration filed in June by Bradley T. Crate, the treasurer of the Make America Great Again PAC, the new title of the organization previously known as Donald J. Trump for President, Inc.

“The Campaign hereby avows that it shall not ever enforce or attempt to enforce any confidentiality or non-disparagement provisions contained in any written agreements signed by any employees, independent contractors, or volunteers who worked for the Campaign on the 2016 Presidential Election,” said Crate’s declaration, which was signed on June 6, 2022.

The next month, Crate sent a three-sentence letter to all campaign workers releasing them from their obligations under the confidentiality provisions.

“We understand that you signed an NDA in connection with your working for the Campaign during the 2016 Presidential Election,” the tersely-worded letter said. “We are writing to advise you that you are no longer bound by the confidentiality and non-disparagement provisions in your NDA. The Campaign has determined that it will not enforce these provisions.”

In Tuesday’s filing, the Trump lawyers said in a footnote that the campaign “took these steps on its own volition” despite having “strong defenses against class certification, which, among other things, include the fact that any class certification motion would be barred by the binding arbitration provisions contained in the putative class members’ agreements with the Campaign.”

The letter also criticized Denson for continuing to pursue the lawsuit.

“The Campaign has provided plaintiff with a copy of the above referenced declaration and advised her counsel that this lawsuit is now moot,” the letter says. “For reasons best known to her, plaintiff has nevertheless insisted on proceeding with the lawsuit and stated that she will oppose any motion to dismiss based on mootness ground.”

Trump’s lawyers indicated surprise that Denson hadn’t appeared to use their client’s favored form of public communication to broadcast the decision not to pursue claims against 2016 campaign workers.

“Indeed, despite the Campaign’s representation to plaintiff that she was free to publish the declaration on social media or however she deemed fit, it is the Campaign’s understanding that she has not done so,” a footnote said.

Denson’s legal team said that the letter from Trump’s legal team is a good start, but the lawsuit isn’t over.

“We’re pleased the Campaign now understands that its NDA is illegal and has agreed not to attempt to enforce it ever again,” attorney David Bowles, who represents Denson, told Law&Crime in an email. “But today’s letter is not legally binding, and therefore doesn’t resolve our lawsuit. We are continuing to press forward on behalf of Lead Plaintiff Jessica Denson and everyone who signed this NDA to ensure that no one can attempt to enforce this illegal contract. It’s necessary that we do so because this NDA poses a profound danger to constitutionally protected rights of free speech and threatens to cut off public access to critical information about candidates for public office and public officials.”

John M. Phillips, an attorney for former Trump ally Omarosa Manigault Newman — who moved to intervene in the case in June of 2021 but was denied following a Sept. 2021 arbitration ruling that her non-disclosure agreement with Trump was “vague and indefinite” and, therefore, invalid — celebrated the filing.

“For several years, the Trump family and political campaign has held these overbroad non-disclosure and confidentiality agreements over people’s heads and weaponized them with years of litigation,” Phillips said in a statement on Tuesday. “It wasn’t until a 7-figure attorney fee award was issued in the arbitration forum that they chose that the Campaign was finally forced to concede that these agreements are invalid. Kudos to Jessica Denson, AJ Delgado and especially our client, Omarosa Manigault-Newman, who stood up for the First Amendment, whistleblowers and political speech. We hope people speak freely and openly about any potential criminal activity they experienced.”

“NDAs that silence workers from exposing workplace toxicity, discrimination, and abuse should not exist – especially when they are enforced by public officials,” said the group’s co-founders Gretchen Carlson and Julie Roginsky. “They serve to cover up bad behavior, enable abuse and prevent survivors from telling their own stories. This is why we are working to eradicate these silencing mechanisms across the country and in Congress by advancing the SPEAK OUT Act, which will finally ban NDAs for survivors of sexual harassment and assault.”

Carlson, the famed broadcast journalist and Fox News personality, focused her advocacy against NDAs and arbitration agreements after filing a lawsuit against Roger Ailes that helped catalyze the #MeToo movement. She sought her release from those nondisclosure agreements as part of that fight.

Read the documents, below.

(Photo of Trump by Seth Herald/Getty Images; Image of Denson via YouTube screengrab/MeidasTouch.)