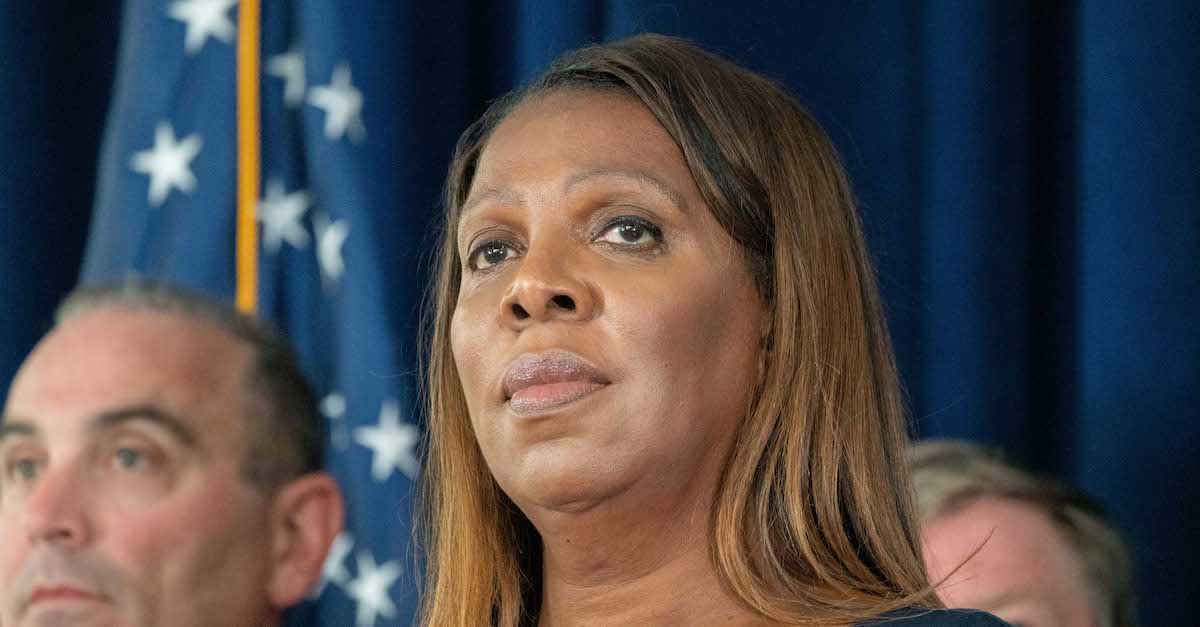 Foundation for Individual Rights and Expression, a non-profit group better known by its acronym FIRE, filed the 46-page complaint on behalf of three plaintiffs: Rumble, the crowd funding site Locals, and Eugene Volokh, the First Amendment scholar behind the legal blog The Volokh Conspiracy.

“New York politicians are slapping a speech-police badge on my chest because I run a blog,” Volokh wrote in a statement. “I started the blog to share interesting and important legal stories, not to police readers’ speech at the government’s behest.”

Passed in the wake of a white supremacist’s mass shooting of Black shoppers at a grocery story in Buffalo, New York, the law forces social media networks to publish a policy explaining how they will clamp down on speech perceived to “vilify, humiliate, or incite violence against a group or class of persons” based on race, color, religion, or other protected categories. FIRE notes that those platforms will be required to create a mechanism to report such speech — and must respond to those complaints.

In their complaint, Volokh’s lawyers say that the law “hangs like the Sword of Damocles over a broad swath of online services.”

“In something of a First Amendment ‘double whammy,’ the Online Hate Speech Law burdens the publication of disfavored but protected speech through unconstitutionally compelled speech — forcing online services to single out ‘hate speech’ with a dedicated policy, a mandatory report & response mechanism, and obligatory direct replies to each report,” the professor’s lawyer Darapana M. Sheth writes in the complaint. “If a service refuses, the law threatens New York Attorney General investigations, subpoenas, and daily fines of $1,000 per violation.”

Earlier this week, Buffalo mass shooter Payton Gendron pleaded guilty to all 25 state charges leveled against him for his terrorist attack, which he live-streamed via a GoPro that he wore to the mass slaughter. He disseminated a racist rant before his shooting spree that articulated his motives, like other white supremacists before him in Christchurch, New Zealand, and elsewhere.

The Empire State law had been intended, in part, to keep racially motivated terrorists from having spaces online to spread their ideologies and stop copycat attacks.

But Volokh says that the New York law goes too far, using such broad language that any attorney general can put bloggers at risk of financial ruin, if commenters share opinions that are disfavored by the state.

Under his interpretation of the statute, the professor says that regulators can go after an atheist perceived to have “vilified” organized religion — or comedian John Oliver for his recent segment on HBO’s Last Week Tonight sending up the British monarchy, which could be construed as a “humiliation” of the U.K.

“There can be no reasonable doubt New York will enforce the Online Hate Speech Law to strong-arm online services into censoring protected speech,” the complaint states. “The Attorney General’s intentions, in fact, could not be clearer; as recited, for example, in an October press release, the Attorney General declared that ‘[o]nline platforms should be held accountable for allowing hateful and dangerous content to spread on their platforms’ because an alleged ‘lack of oversight, transparency, and accountability of these platforms allows hateful and extremist views to proliferate online.'”

Rumble, Locals and Volokh want a federal judge to declare the law unconstitutional on its face as “vague” and “overbroad.” They also seek to a declaration that it runs afoul of Section 230 of the Communications Decency Act, a statute that has come under fire by politicians across the political spectrum.

Sometimes described as the backbone of free speech on the internet, Section 230 immunizes websites from liability for the content of third-party speech. More than 25 years old, the statute has vanishingly few friends today outside of Silicon Valley and free-speech activists.

While conservative politicians often mistakenly claim that the law encourages censorship, the protections from liability have been credited for staving off more sweeping content moderation decisions. More left-leaning politicians object to the law’s wide protections for websites that do not strictly police third-party hate speech, though First Amendment experts often criticize the solutions they propose as myopic or unconstitutional.

The attorney general’s office did not immediately respond to an email requesting comment.