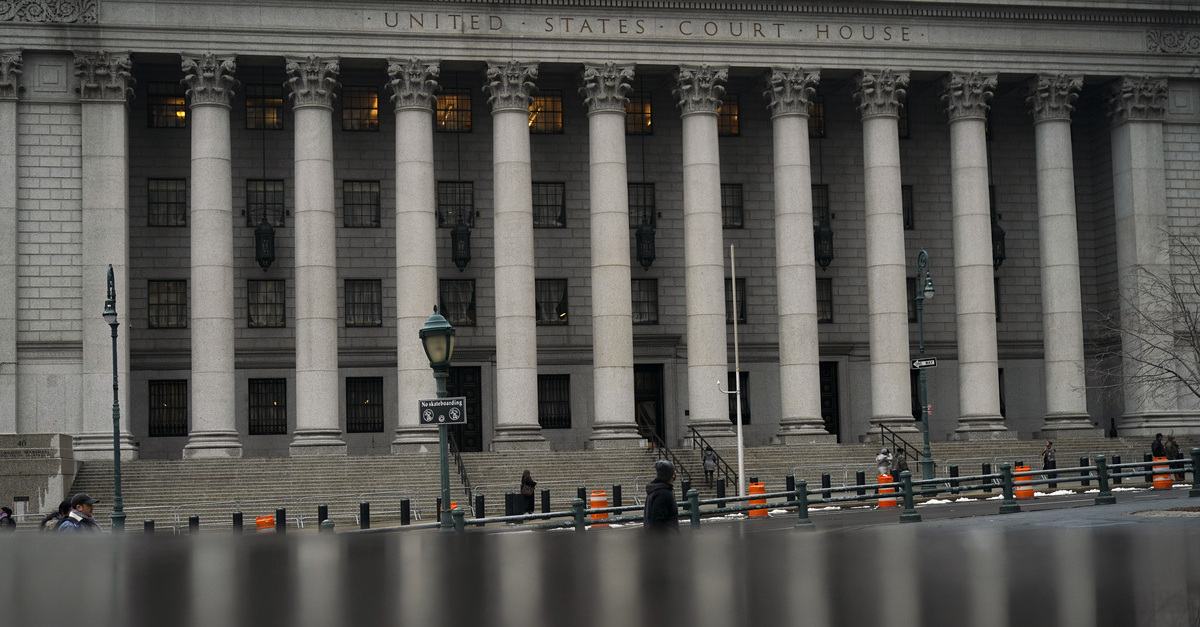 A federal court of appeals on Wednesday revived a previously-dismissed religious-based constitutional challenge to a measles vaccine requirement for schoolchildren in upstate New York.

In a 23-page opinion from a panel of the U.S. Court of Appeals for the Second Circuit, Joe Biden-appointed Judge Eunice C. Lee, Bill Clinton-appointed Judge Rosemary S. Pooler, and Donald Trump-appointed Judge Michael H. Park sided with a group of parents from two different schools in Rockland County who oppose a mandate that bars children who are not vaccinated against measles from attending school. The parents also oppose an emergency declaration that bars such children, with some exceptions, from being in places of public assembly.

A district court in the Empire State previously sided with county health officials who defended the mandate, winning a motion to dismiss on summary judgment. The appellate court, however, said the lower court impermissibly made short shrift of the parents’ Free Exercise claim and remanded the district court to hold a trial on that issue.

In response, after a series of trial and error, officials ordered the Green Meadow Waldorf School and its sister school, the Otto Specht School, to to exclude all non-vaccinated students for 21 days because they were in the relevant zip codes and had low vaccination rates.

The Green Meadow school achieved some success and had its exclusion order briefly lifted – and then reinstated.

“[The school] was informed that as long as any active case of measles existed in Rockland County, the exclusion orders on the lower school would not be lifted until the school achieved a 95% vaccination rate or forty-two days passed without any new cases,” the court explains.

In March 2019, the broader public assembly declaration was issued and reads, in relevant part:

From 12:01 a.m. March 27, 2019 to 11:59 p.m. on April 25, 2019, no parent or guardian of a minor or infant under the age of 18, shall cause, allow, permit, or suffer a minor or infant under their supervision, to enter any place of public assembly in Rockland County, if that minor or infant is not vaccinated against measles for any reason other than being serologically immune to measles as documented by a physician, or prevented from receiving a measles vaccination for a medical reason documented by a physician, or because the infant is under the age of 6 months.

The county executive would later testify in a deposition that the emergency declaration was issued in light of a possible rise in measles cases due to the Easter and Passover holidays.

The parents sued, claiming that the exclusion orders and declaration targeted them based on their “sincerely held religious beliefs” in violation of the First Amendment’s Free Exercise clause.

According to the appeals court, their claims have at least some merit due to statements made by public health officials in Rockland County about the viability of religious exemptions and the sorts of people who oppose vaccinations.

[County Executive Ed] Day and [Commissioner of Health Patricia Schnabel] Ruppert lobbied New York legislators to repeal New York State’s statutory religious exemption to the vaccine requirement for school children, which requires vaccination against measles. In support of the repeal, Day stated: “There’s no such thing as a religious exception. The bottom line here is that in addition to the fear factor, we have, we have babies in ICU’s. We’ve had a baby born with measles. When are we going to wake up and say, ‘you know something, let’s do the right thing here . . . .’” Day also characterized “anti-vaxxers” as “loud, very vocal, also very ignorant.”

“Given the fact-intensive nature of this inquiry, Defendants have not met the high bar required to prevail at the summary-judgment stage,” the court reasoned. “Contrary to the district court’s holding, we conclude that a reasonable juror could find that Defendants acted with religious animus.”