Pimp Sentenced to Federal Prison for Sex Trafficking Three Teen Girls; ‘Bottom Girl,’ Once Considered a Victim, Gets Time, Too 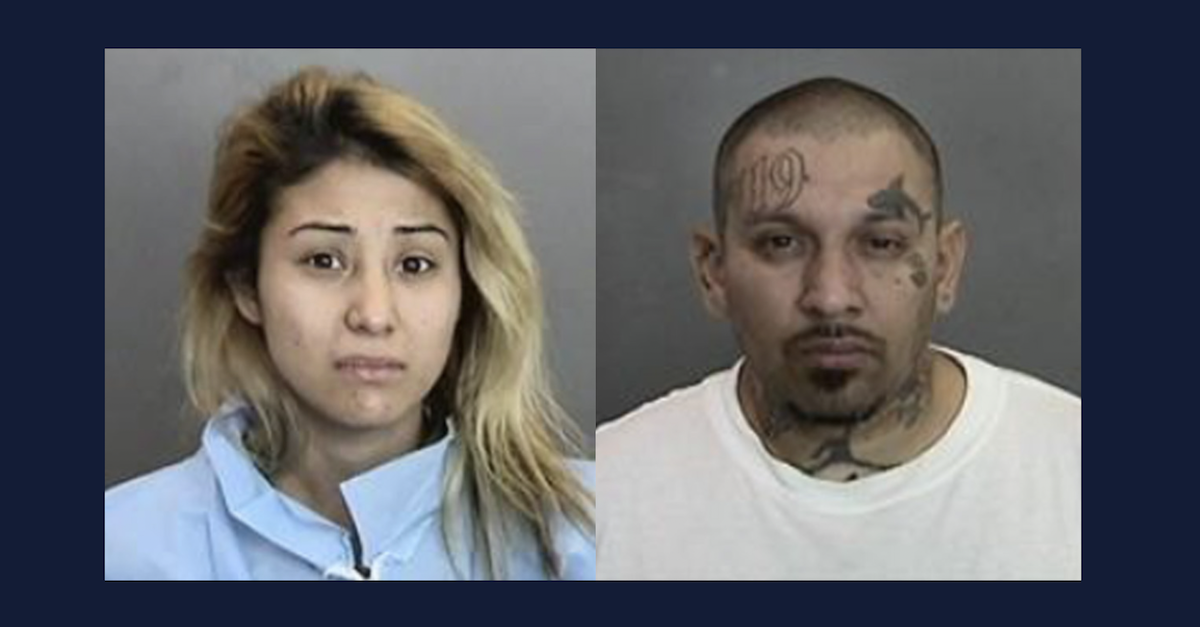 A convicted pimp who admitted to trafficking three teenage girls through routine assaults, cruel taunting and forced drug use is to spend 38 years in prison, while a woman convicted of helping him must quit her job and begin a 10-year sentence next year.

“These victims are loved,” prosecutors wrote in a sentencing memorandum. “Their mothers are devastated and enraged by the abuse of their daughters and the suffering they were helpless to prevent.”

Two other women charged with 41-year-old Ariel Guizar-Cuellar are awaiting sentencing, including 29-year-old Jocelyn Contreras, whom prosecutors say was 19 and pregnant with Guizar-Cuellar’s child when she was helping him prostitute girls in Orange County, California, and the San Jose area.

“It is but a thin line that separates defendant and victim in this case,” Contreras’ lawyer wrote.

Prosecutors in court documents described the women as Guizar-Cuellar’s “bottom girls,” defined by the 11th Circuit Court of Appeals in 2004 as “a trusted and experienced prostitute or female associate.” They are recommending lenient sentences for Contreras and the fourth defendant, 30-year-old Alyssa Anthony, of three and two years for their conspiracy convictions, but 30-year-old Araceli Mendoza had little chance of leniency after a jury in September 2021 convicted her of not only conspiring to sex trafficking children but actually doing it.

The latter carries a mandatory minimum prison sentence of 10 years, which her lawyer, William Michael Whelan Jr., acknowledged was impossible to escape. He included supportive letters with his memo, including from Mendoza’s boss at an accounting firm, who said she’d been working there as a payroll specialist and was “reliable, hard-working and a great asset to our team.” A mother of two boys, Mendoza’s immaturity “and susceptibility to manipulation” when she was with Guizar-Cuellar was well established in trial, Whelan Jr. said.

“Ms. Mendoza has demonstrated complete rehabilitation over the last 5 years,” he wrote.

Prosecutors acknowledged Mandoza’s plight in a memo that called for the minimum 10-year sentence instead of the 22 to 30 years her convictions carried under U.S. Sentencing Commission guidelines, saying they believed her claims of abuse by Guizar-Cueller were credible. But prosecutors bluntly described the need for all four defendants to be punished, writing that “the purpose of this prosecution is to hold these traffickers accountable, not to enable them or make excuses for them.”

“At bottom, their personal histories and circumstances do not justify their noxious conduct in this case,” according to the 28-page memo from Assistant U.S. Attorneys Marissa Harris, Anne C. Hsieh and Sarah E. Griswold in the Northern District of California.

One victim identified in court documents as J.B. was a 15-year-old high school student when she met Guizar-Cueller through Instagram. She wrote in a statement quoted by prosecutors that the defendants “manipulated our minds and stole our childhood.”

“We were just kids, most of us came from broken homes or no homes at all, they offered us a chance at more money than we would ever have a chance to have, expensive clothes, purses, jewelry, and we were able to act like we were grown,” J.B. wrote. “We had no business acting like we were grown, we were kids, babies to be honest.”

A tattooist with his own shop in San Jose, Guizar-Cueller “also tattooed an image of red lips with a shark in the middle of J.B.’s buttocks,” according to prosecutors. She described it as a brand Guizar-Cueller placed on her and testified she got it covered up because she “didn’t ever want to look at it again,” according to a trial transcript.

“It is now a pink rose,” prosecutors wrote.

Mendoza had been out of jail on ankle monitor since 2017. U.S. District Judge Beth Labson Freeman on Wednesday allowed her to stay out a few more months: She’s to self surrender to the Bureau of Prisons in January, according to a Thursday press release from the U.S. Attorney’s Office.

The sentencing hearings in Freeman’s San Jose courtroom were preceded a day earlier by a 75-minute hearing featuring statements from the victims and their supporters. One victim identified as B.M. died by suicide in June 2021, but prosecutors submitted to Freeman letters and poems she’d written that cited “her trafficking, drug addiction, and Guizar-Cuellar’s violence as factors contributing to her profound sense of despair.”

Guizar-Cuellar’s lawyer addressed the suicide in a defense memorandum, saying the convicted trafficker had continued contacting B.M. while he was in jail and was “particularly affected” by her death.

“Mr. Guizar-Cuellar and Victim B.M. had been communicating by telephone and written correspondence throughout the time he has been in custody, up until about a week before her death and he was greatly saddened by the news of her death. It remains now and will remain on his mind,” lawyer Carleen R. Arlidge wrote in a brief memo. But she added in a footnote that he takes no responsibility for her death and  denies being the pimp she describes in one poem as beating her.

Guizar-Cuellar, Mendoza and Contreras were arrested in Orange County in February 2016 after traveling to Southern California from San Jose “to engage in additional prostitution and sexual exploitation,” according to the prosecution memo. The trip followed more than a year of forcing the three victims to prostitute themselves at hotels in San Jose and the nearby cities of Santa Clara and Sunnyvalle, beginning in September 2014 when one was 16 years old.

Guizar-Cueller pleaded guilty in July 2017 to 17 felonies brought by the Orange County District Attorney’s Office, including human trafficking and forcible rape, and was sentenced to 31 years in state prison. Contreras pleaded guilty to three felonies and received a suspended eight-year sentence. She cooperated with prosecutors and ended up on probation for five years, with credit for 430 days she spent in jail. Mendoza also spent 430 days in jail and another four months in federal custody before being released on an ankle monitor. She received a six-year state prison sentence that like Contreras’ was suspended, and Orange County prosecutors provided a letter to the U.S. Attorney’s Office that declared her a victim of human trafficking.

But federal prosecutors said they had ample reason to charge Mendoza with crimes: She served “a serious and substantive role in the conspiracy” by arranging prostitution dates for the victims and was “primarily responsible for the Backpage accounts that advertised them online.”

“She booked hotels, distributed condoms, and enjoyed her share of the proceeds generated by prostitution work, which she praised and flaunted on social media,” prosecutors wrote.

Mendoza also helped Guizar-Cuellar distribute on Instagram and Snapchat a pornographic video of a victim that was taken with a hidden camera and included “cruel takedowns” regarding the victim’s weight, drug addiction and poor health, prosecutors said.

Mendoza’s lawyer tried to persuade jurors during trial that she should be acquitted because she acted while under duress, but prosecutors said countered that by nodding to her social media statements.

“Instagram posts and recorded statements showing Mendoza’s eagerness to make money, enjoyment of her lifestyle, pleasure in her romantic relationship with Guizar-Cuellar, repeated efforts to bail him out of jail, and general lack of duress during the relevant time period,” they said.

Restitution is to be finalized during a hearing scheduled for Dec. 13. Prosecutors want the defendants to compensate for the prostitution earnings the victims never received. The recommended amounts range from $6,500 and $8,400 to $50,000 for the victim who killed herself.

The third defendant, Contreras, was scheduled to be sentenced the same day as Mendoza and Guizar-Cuellar, but Judge Freeman rescheduled her hearing to Nov. 8 after her lawyer, Jack Gordon, said in an emergency motion he’d been diagnosed with COVID and “cannot concentrate or do much of anything.”

The final defendant, Anthony, pleaded guilty in July 2020 but recently moved to fire her court-appointed attorney, telling a magistrate judge she wants to try withdraw her plea agreement. She retained new counsel on Tuesday.