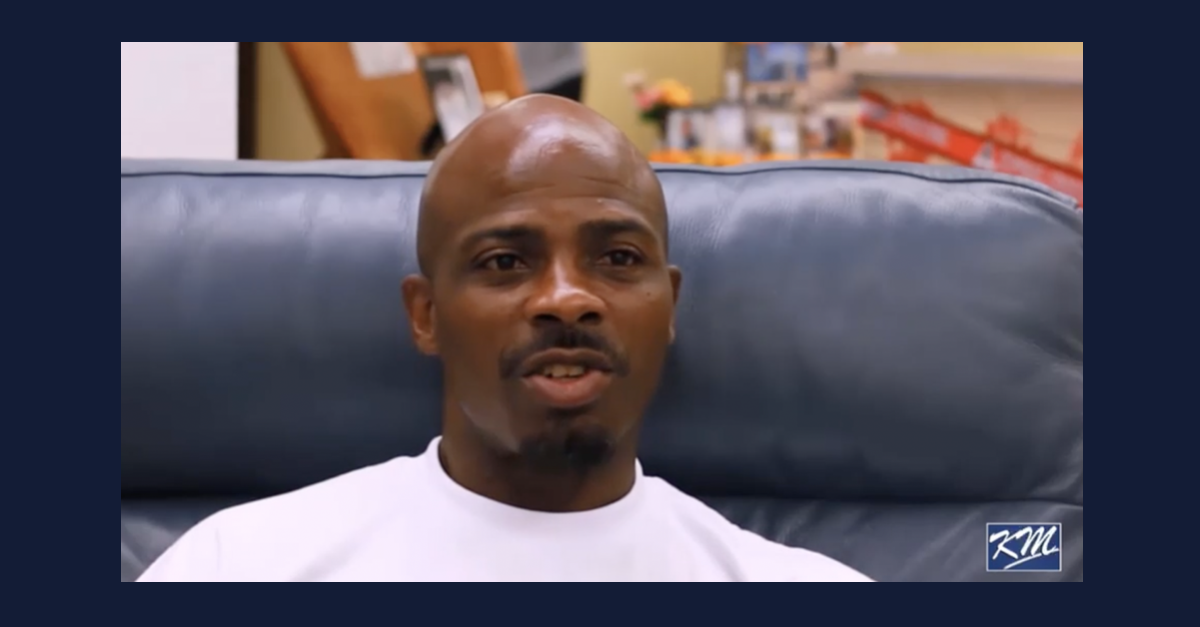 A longtime Crips leader in Los Angeles was sentenced Friday to 35 years in federal prison for a racketeering conspiracy that included the 2014 murder of a rival gang member who was unarmed and washing his car when he was shot dead.

Paul Gary “Lil Doc” Wallace, 56, started hanging out with south Los Angeles gang members when he was 6 or 7 years old, his lawyers said, sometimes riding on the handlebars of teenagers’ bicycles before growing into a 30-year leadership role that made him the point person for murderous violence and drug dealing.

A federal jury convicted him of racketeering conspiracy and use of a firearm during a crime of violence after a trial in April. Prosecutors called for him to spend the rest of his life in prison under the standard sentencing range laid out in U.S. Sentencing Commission Guidelines, as did U.S. Probation.

“As a ‘triple OG,’ a ‘big homie,’ and the ‘boss of bosses,’ defendant could order violence and commit violence with impunity,” according to a July 15 sentencing memorandum by Assistant U.S. Attorney Jeffrey Chemerinsky, who is deputy chief of the Los Angeles office’s Violent and Organized Crime Section. “And this is exactly what he did.”

Wallace’s attorneys, Amy E. Jacks and Shaun Khojayan in Los Angeles, called for “a mitigated sentence” that considered the 10-year minimum for the gun charge. They cited his lifelong trauma from a broken relationship with his father and from being shot seven times when he was 16, then once more that same year.

They also cited Wallace’s “instrumental” work ending “a 20-year war” between his East Coast Crips and the Florencia 13 gang, as well as his anti-gang outreach with kids and through the organization Trucing the Gangs. Wallace was running his own non-profit, United We Stand Up, dedicated to ending gang rivalries, when he was arrested in 2020. The group is now run by Trucing the Gangs’ founder Pastor Shep Crawford. Crawford spoke at Wallace’s sentencing on Friday, as did Skipp Townsend, an ex-Bloods gangster who runs the gang intervention group Last Call.

In custody at the Metropolitan Detention Center in Los Angeles since his arrest, Wallace “serves as the ‘trustee” for his module, his lawyers say, and “is responsible for cleaning up.”

“Mr. Wallace is focused solely on bettering his life and that of his young family,” Jacks and Khojayan wrote in their memo. “He had a difficult upbringing and trauma in his life that should be taken into account towards a mitigated sentence.“

But Chemerinsky referenced another experience at MDC for Wallace that he said shows Wallace is “undeterred and unrepentant”: orchestrating the May 2021 stabbing of another inmate. He also referenced statements about animal abuse that Wallace made in videos posted on YouTube. Jurors didn’t see those portions, but they did see portions in which Wallace spoke of bonding in “the pen” with a man named Evil because “he was killing like a motherfucker like me.”

Chemerinsky said the trial evidence “if anything understated his propensity for violence and depravity.”

“For example, in one recording, which was never played at trial, defendant bragged about torturing dogs, cutting off their limbs for enjoyment,” Chemerinsky wrote.

Chemerinsky later supplemented his memo “preemptively respond to any claim defendant may make at sentencing that he is reformed or can be otherwise trusted to comply with the law.”

“Based on defendant’s sentencing memorandum and arguments advanced previously, it appears defendant may attempt to argue that he has been a force for good in the community,” he wrote. “Defendant has a long history of deception and manipulation, and these arguments should not be trusted.”

Birotte on Friday rejected Jacks and Khojayan’s motion for acquittal that argued Wallace’s constitutional rights were violated during trial. Jacks told Law&Crime they plan to appeal Wallace’s convictions to the U.S. Court of Appeals for the Ninth Circuit.

Born in Vivian, Louisiana, Wallace moved with his mother and siblings to Los Angeles as a young boy after his mother discovered their father was married with another family, his lawyers said. It was, the defense memo said, “at a time when the Crips and Bloods were beginning to form and the crack epidemic was in its infancy.”

Wallace’s mother worked to support her seven children, leaving Wallace in the care of an older sister and free to embrace the growing gang life that gripped the impoverished neighborhoods of south central Los Angeles in the 1970s.

He did so with vigor, earning initiation into the East Coast Crips in the ‘70s under the moniker Lil’ Doc Thone, then netting his first firearms conviction when he was 19, according to the memos, three years after he was shot on two occasions in one year. He was convicted of involuntary manslaughter in 1989 for a drive-by shooting, then racked up more weapons charges and at least two more stays in prison, including for a 2016 federal firearms conviction. He was convicted again in 1996 of another weapons possession charge while still in prison.

Wallace’s second and final federal case was brought in July 2020 in an indictment describing him as “the most influential member” of the East Coast Crips’ 6Pacc subset.

The ECC is named for the eastern swath of south Los Angeles, and the 6Pacc subset runs areas between 60th Street to 69th Street. The racketeering conspiracy charge accused Wallace of participating in two murders: the 2014 shooting of Reginald Brown and the 2003 shooting of Raymond Pickett, described as “an ECC gang member who publicly disrespected” Wallace.

With Brown, Wallace was said to have handed an AK-47-style rifle to the triggerman, who has never been arrested nor publicly identified. With Pickett, Wallace was accused of shooting him himself. Jurors in April convicted him of only of Brown’s murder, but the murders were brought as special allegations for an overarching racketeering conspiracy, of which jurors found Brown guilty. They also found beyond a reasonable doubt that the activity involved murder, extortion, drug trafficking and witness tampering. His gun conviction also was related to Brown’s murder.

Three of Brown’s family members spoke at Wallace’s sentencing, with Chemerinsky writing in his memo that Wallace “robbed young children of their father and a wife of her husband.”

Wallace’s lawyers have asked that he be housed at a federal prison in Southern California to be closer to family, which includes a girlfriend and four children between the ages of 1 and 17.