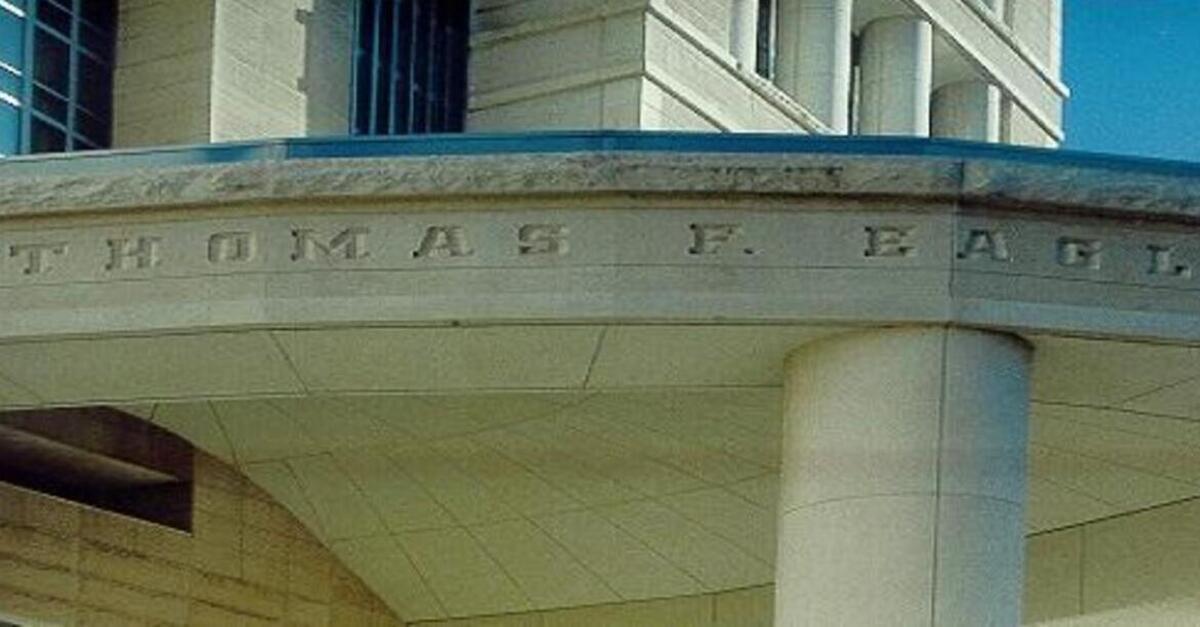 The facade of the Eighth Circuit

A special education teacher in South Dakota has been denied qualified immunity for her alleged mistreatment of disabled students, a federal appeals court in St. Louis, Missouri found on Monday.

In the case stylized as Doe v. Aberdeen School District, the U.S. Court of Appeals for the Eighth Circuit ruled teacher Carrie Weisenburger can be sued for allegedly violating students’ Fourth Amendment rights by using forcible restraint and seclusion as punishment.

The three-judge panel notes that the “facts remain disputed” in the highly contentious case but are recounted in the opinion “in the light most favorable to the students,” in line with circuit precedent.

The locus of the controversy has to do with a series of alleged physical touching and constraints by the teacher and her aides.

Autistic girl A.A. alleges that she was violated by Weisenburger’s inappropriate use of the May Overby school’s so-called “little room.”

The court describes the little room as a 10×10 space, with one window on the door, “situated in a different part of the school” than the normal classroom, adorned with “a small table, a whiteboard, and cupboards.”

The opinion then details how the little room was typically used:

On a regular basis, Weisenburger and her two teaching aides physically picked up and carried students—who sometimes resisted by kicking and screaming—from class to the little room. Once there, students had to demonstrate calm behavior and complete several “task baskets” unrelated to whatever disciplinary infraction led to their visit before they were permitted to leave. Either Weisenburger or an aide would wait outside and hold the door shut until they gained compliance. Students sat in the little room for up to hours at a time, with a few instances extending to as long as an entire afternoon.

A.A. was frequently forced to go inside the little room. Citing a “frowny face” journal shown to the girl’s mother, the court recounts that she was place “in the little room 274 times between October 26, 2015 and March 1, 2016” and that such punishments occurred “for rule breaking as minor as incorrectly hanging up her coat and pushing a cabinet.”

“If necessary, staff can take [A.A.] up to the Little Room,” the teacher’s tailored behavior plans for the girl says, “so she is not a disruption to other students and she is not getting attention from others.”

The court goes on to say A.A.’s mother acknowledged her daughter would sometimes be placed in the little room but alleges she was told “the space would be for one-on-one instruction rather than discipline.”

Autistic and ADHD-diagnosed boy B.B., who the court says has a propensity for repeating movie quotes, alleges that he was “repeatedly dragged” to gym class by Weisenburger “despite his protests and [that his teacher] once lifted him under his armpits to force his participation in a game.” Additionally, he was often secluded in a so-called “calm-down corner” that was cordoned off and secured with dividers and staff to ensure students did not leave the area.

The court relays a harrowing incident later caught on video.

“In another incident, B.B. refused to swim when the class went to the pool. Weisenburger and her aides grabbed B.B.’s arms and pushed him into the water,” the opinion says. “As B.B. frantically tried to climb out, an aide pried his fingers from the edge and shoved him back into deeper water.”

The second boy – and third student whose claims have survived the lengthy legal process – is identified as C.C., who has been diagnosed with moderate to severe inner ear hearing loss. Two particularly upsetting specific incidents form the basis of the second boy’s claims.

“First, when C.C. refused to change for swimming, Weisenburger pinned him on the ground, forcibly stripped his clothes off, and put on his bathing suit,” the court explains. “C.C. screamed so loudly that a concerned adult walked into the locker room to check on whoever had yelled. Second, staff purportedly forced him to ride a horse while he was kicking and screaming. The teachers later learned that C.C. had been in pain from blocked ear tubes at the time.”

Some of the allegations involving C.C. were first relayed to school officials by the boy’s sign language interpreter. An investigation by Special Education Director Camille Kaul “deemed the accusations unfounded,” the appellate court noted. Less than a year later, however, complaints surfaced again from two school employees.

Multiple generalized claims of physical and verbal abuse appear in the record as well. Weisenburger would grab students by the chin and tell them to “look at me when I’m talking to you.” And staff handled children roughly, “grabbing arms and then jerking them around,” which was “usually accompanied by chasing the child.” Weisenburger frequently made demeaning remarks about students and their parents. In response to an aide addressing a student, she said while laughing, “Oh you are so cute talking to them like they understand you.” She commented on the smell of one student who had toileting issues and would check the girl’s underwear in front of the whole class while referring to her parents as “drug users and losers.” There was “a lot of yelling and shouting at the kids.”

In January 2016, Kaul and May Overby Principal Michael Neubert placed Weisenburger on an assistance plan due to “support staff not knowing what to do to address inappropriate behaviors.”

“Less than three months later, A.A.’s mother witnessed Weisenburger and her aides push B.B. into the poo,” the court goes on to note. “She sent a cell phone video of the incident to Kaul.”

After that, Kaul penned and sent a memo to the teacher, sketching out a “final written warning concerning the improper use of restraints with students.” Shortly after that, Weisenburger and her aides quit.

In finding for the students, in part, and for Weisenburger, in part, the court differentiated between some of the behavior alleged in the record.

“We believe secluding A.A. in the little room and B.B. in the calm-down corner constituted seizures,” the opinion says. “Weisenburger and her aides picked up and carried A.A. into the little room, held the door shut, and forbade her from leaving until she completed tasks unrelated to any disciplinary violation. Staff also shuttered B.B. in the calm-down corner with physical barriers and prevented him from leaving.”

“Grabbing B.B. to push him into the swimming pool and pinning C.C. down to strip his clothes off also rose to the level of seizures,” the opinion continues – while noting that placing C.C. on the horse and carrying B.B. to gym class did not rise to the level of a constitutional violation.

The appeals court ultimately rejected the denial of qualified immunity for the horse and carrying allegations – as well as for the “generalized” grievances about her behavior cited in the block quote above.

In line with Fourth Amendment jurisprudence, the court went on to describe the teacher’s behavior in several respects as unreasonable.

“Weisenburger substantially departed from accepted standards,” the opinion reads. “She habitually secluded A.A. and B.B. for minor disciplinary infractions with no evidence that they posed imminent risk of harm to themselves or anyone else. And she restrained B.B. and C.C. to coerce compliance with routine directives to get in a pool and to change clothes.”

Weisenburger, in arguing for application of the U.S. Supreme Court created doctrine of qualified immunity, argued that the students’ rights were not clearly established.

The panel disagreed, determining, rather, that her behavior “substantially departed from accepted principles when restraining and secluding the students [and] violated clearly established federal rights” because other cases where teachers use a harsher hand involved “students showing severe and well-documented behavioral problems.”

None of the children in the present case, 3rd and 4th graders at the time they were under Weisenburger’s tutelage and control, presented “an imminent threat of harm,” the court concluded.

[image via U.S. Court of Appeals for the Eighth Circuit]