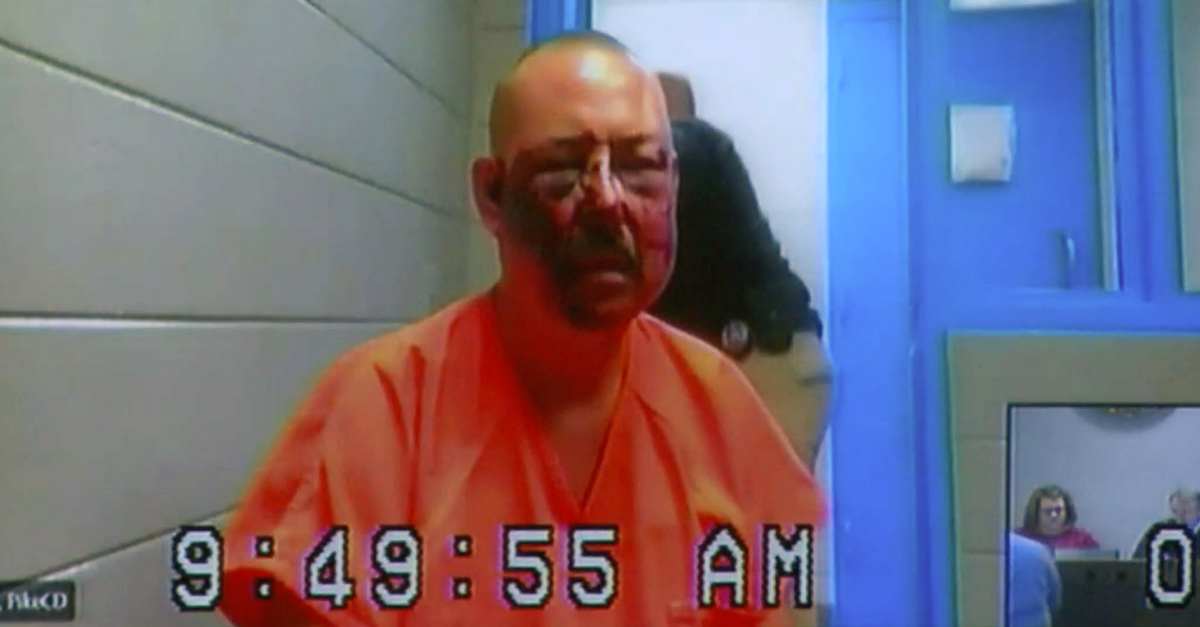 A Kentucky man called a neighbor while in the middle of a deadly, tragic standoff with law enforcement, says that neighbor. Locals voiced shock that Lance Storz, 49, is accused of fatally shooting three law enforcement officers and a K-9 in the incident Thursday. Taking them at first value, the incident appears out of character. The new murder allegations and a related protective order paint a different picture.

“I said, ‘I hear you’re shooting cops. You’re killing people. Why are you doing that?’” the neighbor Larry Short told WSAZ. “He wouldn’t tell me why. He did make the comment, ‘Well, you wouldn’t understand.’ Well, no, I don’t understand. That’s for sure.”

Short described Storz in positive terms–when it came to events before Thursday.

“Lance was a good friend of the family before all this happened,” he said. “I grieve the fact it happened. It shocked me he actually did what he did.”

That “good friend” stands accused of opening fire on law enforcement in Allen, Kentucky, after they tried to serve a protection order against him. Storz’s wife reportedly accused him of a rape and sodomy, and she got approved for a new apartment. He allegedly held her and a child captive on Tuesday.

“You have dedicated your short time on this earth to the service of the citizens of Prestonsburg and the Commonwealth as an EMT, Fire Fighter, and Police Officer,” the City of Prestonsburg Police Department wrote in a statement. “You further dedicated yourself to the security of our country as a valiant soldier. The lives you’ve saved since you even started policing are innumerable, and that’s how you gave your life – saving another. We will shine your light to Paisley and the world so long as we breathe.”

Short told WSAZ that he pleaded with Storz to surrender. Suspect Storz, however, allegedly hung up and did not pick up when neighbor Short called.

“I have no idea why he did that,” Short said.

“There’s just nothing about him that would make me think that he would be like that,” she told the outlet.

“I don’t know him personally but I talked with him a few times, but he didn’t seem like that type of person but you never know,” said Mary Meade. Her boyfriend has a shop next to Storz’s home.

Attorneys pleaded not guilty on Storz’s behalf in an arraignment on Friday.