Woman Forced Man to Dance in Dress While Robbing Him: Deputies 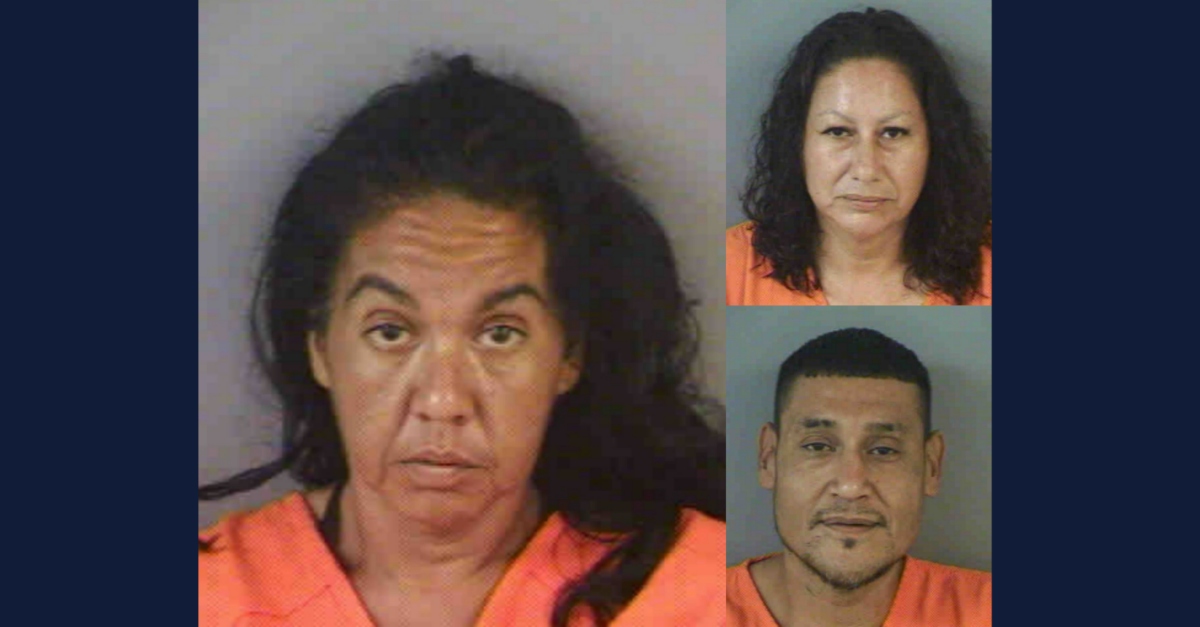 A man said he was robbed, beaten, cut with a knife, and even forced to dance in a dress, according to authorities. Deputies in Collier County, Florida, arrested three people as suspects, according to reports from WINK News: Betsy Ann DeJesus, 37, Blanca Mejiamedina, 46, and Noah Navarro, 39.

The man said he was walking down North 3rd Street near 2nd Avenue in the community of Immokalee, deputies said. Three men and a woman drove up in an SUV and kidnapped him.

He was driven about about 30 minutes, he reportedly said. The kidnappers forced him out of the SUV into Navarro’s home, where he was stripped naked, robbed and beaten, authorities said. During the robbery, DeJesus allegedly threatened his life and forced him to wear a woman’s dress. She allegedly filmed him while he was dancing.

Mejiamedina allegedly cut his face with a knife. According to deputies, the man said he believed Navarro also struck him with a gun.

At one point, however, Navarro allegedly told the outlets to get the man out of his home before the victim died. The man was made to go into the SUV, and DeJesus forced his face into the seat, deputies said. He was thrown out in Glades County, where the attackers tried beating him up again, but he managed to run off. They chased him until there was another vehicle at the scene, deputies said.

The man hid in a church and called 911 but only identified DeJesus and Navarro in a second photo lineup, authorities said. According to deputies, he claimed to be worried about threats and said that DeJesus was still communicating with him on social media.

But deputies said they got an anonymous tip about DeJesus paying Navarro to participate in the robbery, and that they were threatening people who “snitched.”

DeJesus faces charges of kidnapping, robbery, and aggravated battery with a deadly weapon.

Mejiamedina is in jail for aggravated assault, kidnapping, and robbery.

Navarro is locked up for aggravated assault, and kidnapping.

Online records do not say if they have attorneys in this matter.