‘Unprovoked Cowardly Murder’: Man Sentenced to Life in Prison for Shooting Co-Worker over Affair with Wife 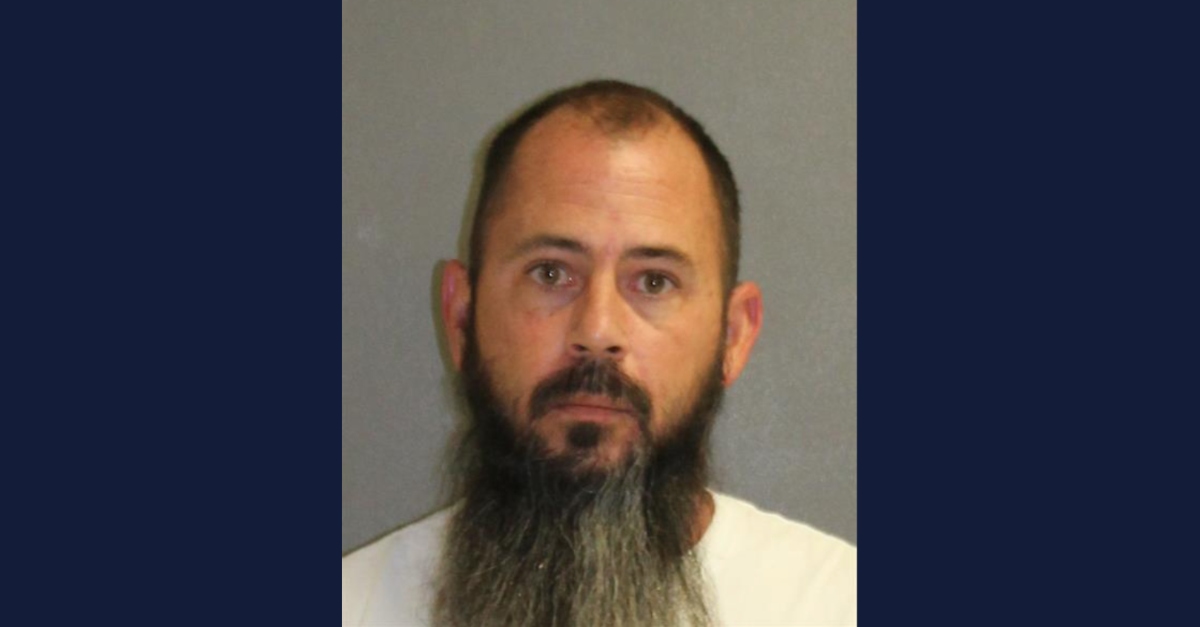 Jurors convicted a man of first-degree premeditated murder for fatally shooting a co-worker over an affair with his wife. Damian DeRousha, 44, received a mandatory sentence of life in prison without parole for killing Donald Geno, 31.

Both men and Damian’s wife Shauna DeRousha worked for Volusia County, Florida. Defendant DeRousha learned that the other two had been having an affair after he planted a recording device in his spouse’s car. He confronted Geno about it on Feb. 4, 2021.

DeRousha testified in his own defense, asserting that he was no longer angry by the time he encountered Geno at a loading bay and told him to stop the affair, according to the outlet. He alleged it was the other, larger man who actually became combative, throwing something at him (he believed something like a wrench), and taking a swing at him.

“‘I’m a grown-ass man. I’m going to do whatever the hell I want to do with who I want, including your wife,’ and then he took a swing at me,” DeRousha testified.

He claimed he did not remember taking out his gun or firing it.

He said that he already had his firearm on him because he took it everywhere.

His wife had had two other affairs before this one.

But prosecutors confronted him with witness testimony from two other co-workers that Geno did not appear argumentative. For example, Volusia County mechanic Kenneth Hartling said that DeRousha and Geno appeared to just be talking.

DeRousha emptied his 9mm handgun of all eight rounds, with Geno sustaining 14 wounds, such as two gunshots to the back and one to the face, authorities said. Hartling testified to hearing the firs two gunshots, and seeing four more shots.

Urbanak told jurors the repeating nature of the shots were evidence of premeditation. Before the shooting, DeRousha had sat in his pickup truck at a gas station for 40 minutes and then drove the maintenance facility where he killed Geno.

“The defendant doesn’t hesitate when he walks through that gate,” Urbanak said. “He’s like a shark in the water going after his prey. He walks straight to that bay where he knows Donald Geno will be.”

7th Circuit public defender Matt Metz suggested that the two gunshots to the back were ricochets, and that the repeated shots were out of self-defense.

“Sharks don’t have a two-minute conversation,” he said. “Sharks don’t come up to you politely with their hands in their jacket off their firearm and say please stop having sex with my wife. That’s not what sharks do. Damian DeRousha, he’s no shark. He’s a regular guy.”

Urbanak denied in his rebuttal closing argument that the two bullets were ricochets.

During trial, the prosecution also brought up DeRousha’s texts to his wife, including “Wait till I see Geno and talk to his ass” and a message in which he stated that he knew where the man lived.

Shauna DeRousha reportedly acknowledged during testimony that she began the affair with Geno in January 2021 but it was over by the time of the shooting. She said she was not in fear of physical violence the morning of Feb. 4, 2021.

It was reportedly revealed amid defendant DeRousha’s testimony that he and his wife, who have two children, were still together and telling each other on jailhouse phone calls that they love one another.

Donald’s loved ones are mourning his absence.

“He destroyed me,” Mary Geno said of defendant DeRousha. “He took a part of me that is never going to come back.”