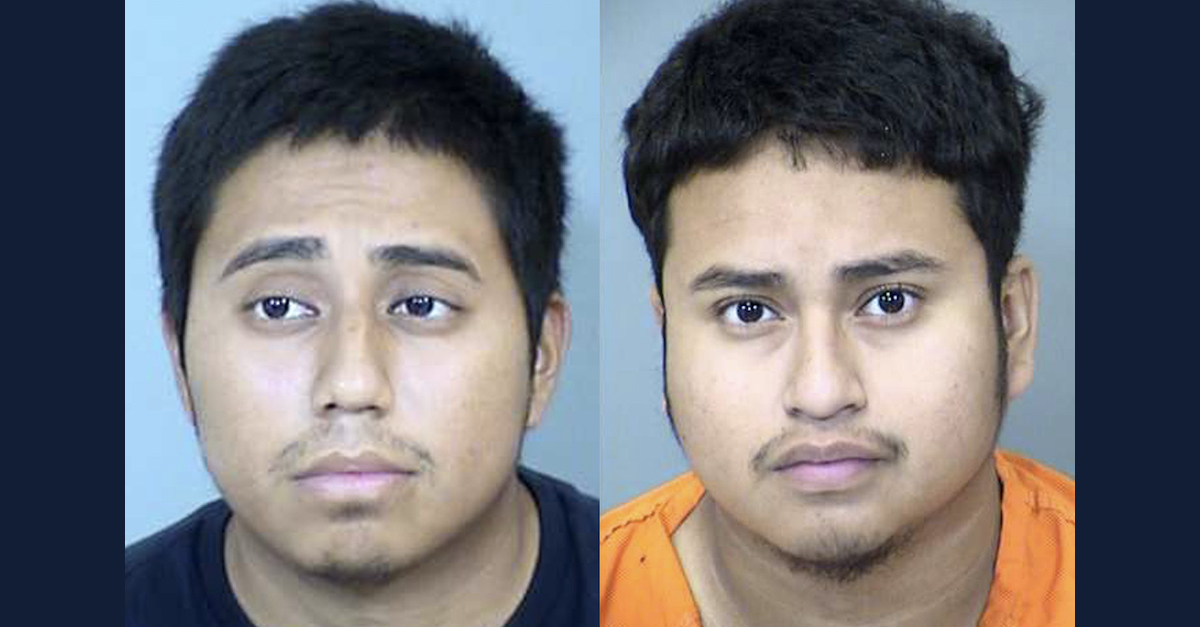 Two brothers from Arizona have been sentenced for the parts they played in concealing the corpse of a 17-year-old girl last year.

On Oct. 5, 2021, 17-year-old Destiny Munoz was found inside of a plastic container by police in Phoenix. Her body was in an advanced state of decomposition wrapped in plastic and tape.

Authorities believe the girl died on or around Sept. 26, 2021. Her cause of death was a matter of some dispute and confusion.

According to the Maricopa County Office of the Medical Examiner, Munoz’s cause of death was a gunshot wound. Her manner of death is still considered “undetermined.” But the father of her child allegedly told various people various versions of how she died.

Daniel Torrealba Blas, 22, allegedly offered one iteration where the two were arguing or fighting and he shoved her, causing her to hit her head and die accidentally. In another iteration, he allegedly said she accidentally shot herself in the face with a gun during a dispute. When speaking with police, Daniel Blas allegedly said he tried to take the gun from her when it went off accidentally. In another narrative provided to detectives, the boyfriend said Munoz often threatened to commit suicide and he finally told her “to go ahead and do it.”

After the fact of Munoz’s death death, Edwin Chavez Blas, 20, helped his brother clean up the mess and hide the victim’s body in a plastic tote.

Authorities alleged the two brothers concocted a plan to dismember the girl’s body with a chainsaw – possibly with additional accomplices – but that they never got that far. The tote was transported from a Honda car to a Ford truck where the body was eventually found. When law enforcement searched the truck, they allegedly found the chainsaw, a 9 mm handgun, gloves, duct tape, and a Home Depot receipt for some of the purchases, according to the Arizona Republic.

Neither of the two brothers have been charged with the girl’s death.  Both brothers, however, have accepted culpability for what happened to her body in the days that followed.

According to Phoenix NBC affiliate KPNX, Daniel Blas pleaded guilty to concealing a dead body, a Class 5 felony, and misconduct involving weapons as another lower-level felony. He was recently sentenced to spend 2.25 years in the Arizona Department of Corrections along with four years of probation.  That is generally the maximum sentence for a Class 5 felony in Arizona.

Earlier this month, the TV station reports, Edwin Blas was sentenced to 90 days in jail along with two years of probation. He pleaded guilty to one count of evidence tampering.

Investigators reportedly submitted a charge of murder in the second degree against the boyfriend. The Maricopa County Attorney’s Office declined to prosecute, they said, due to the low likelihood of being able to secure a conviction.

But if the available facts change, so could the charges.

“Murder has no statute of limitations, so if there is new evidence submitted to our office by law enforcement, charges could be brought forward in the future,” the MCAO told KPNX in October of this year.

Munoz was reported missing by the Torrealba Blas family, with whom she lived, on the day her body was found, the Republic reported, citing court documents. At the time, she had not been seen for 10 days.

Daniel Blas, for his part, at one point told police that he hid his girlfriend’s body because he was afraid of being prosecuted for a weapons charge. He was previously convicted of helping undocumented immigrants for profit in federal court. He was serving probation on that felony charge and was not allowed to possess a gun, KPNX reported.

But there was yet another story offered by the father of Munoz’s child for why he did what he did after she was dead.

According to investigators, he cleaned his girlfriend’s hands and face after she was shot.

“He said he did not tell anybody what happened and he kept Destiny in the plastic container because he wanted to remain close to her,” a court document obtained by online true crime website Oxygen says.

According to the Republic, Daniel Blas also previously admitted to police that he pretended to be Munoz and sent text messages to her family after she was shot so that they wouldn’t worry about her.

The numerous versions of the stories have infuriated the deceased girl’s immediate family.

“If he genuinely was scared of being caught with a weapon, he could have just disposed of the weapon,” Christopher Munoz, the victim’s brother, told Phoenix ABC affiliate KNXV. “Why did he have to attempt to hide my sister’s dead body? And, not only that, but also exchanged messages with us pretending that he’s her . . . that’s just criminal.”