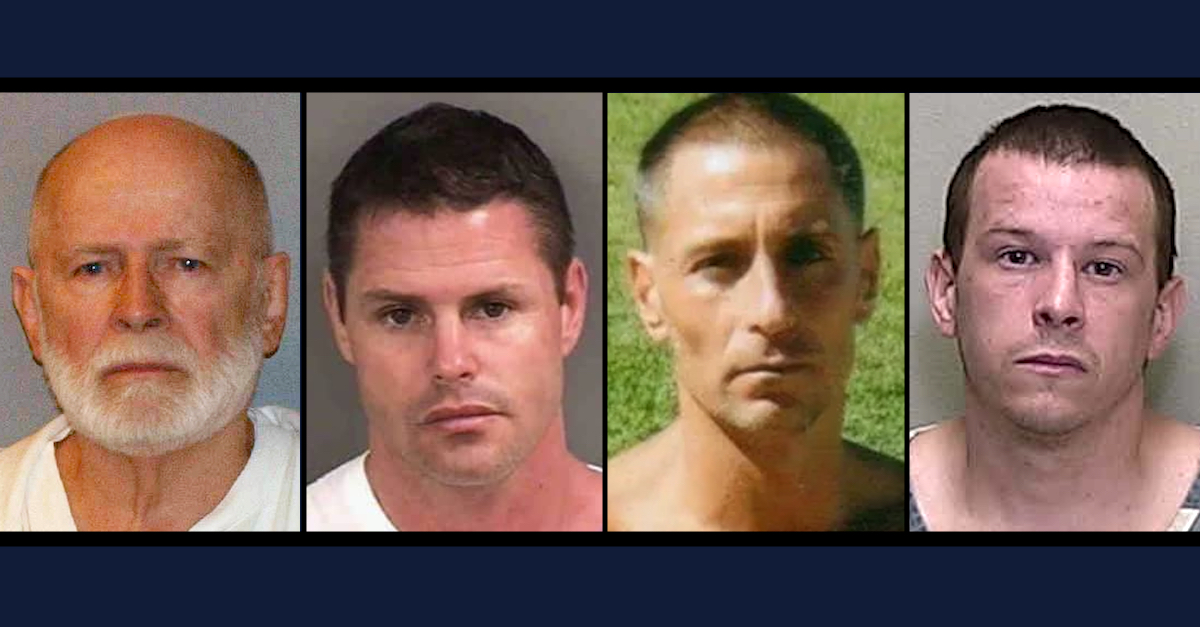 The U.S. Attorney for the District of Massachusetts issued a scathing statement upon learning that her counterpart in the Northern District of West Virginia secured an indictment against two current federal inmates and one former prisoner who allegedly murdered organized crime boss James “Whitey” Bulger Jr.

Bulger died in a prison attack in October 2018. On Thursday, prosecutors in the Mountain State charged Fotios Geas, also known as “Freddy,” 55; Paul J. DeCologero, also known as “Pauly,” 48; and Sean McKinnon, 36, with conspiracy to commit first degree murder for the attack with netted the death of the notorious mobster.

Previous federal court cases indicate that Geas and DeCologero were themselves connected in various fashions to organized crime syndicates, Law&Crime noted while reporting the indictment.

Rachael S. Rollins, the federal prosecutor in Massachusetts, did not want Bulger to be interpreted as a sympathetic victim.

“Today our hearts are with the 19 known murder victims and their loved ones, as well as anyone ever harmed by this man,” she said without naming — but clearly referencing — Bulger.  “He was a serial murderer, and each mention of his name is a trigger to the families he devastated, reopening wounds that we can only hope had finally started to heal. ”

“With the indictment announced today, the U.S. Attorney for the Northern District of West Virginia has started the process of holding the men alleged to have violently ended a life accountable,” Rollins continued. “In the truest of ironies, Bulger’s family has experienced the excruciating pain and trauma their relative inflicted on far too many, and the justice system is now coming to their aid.”

The indictment against the three men accused in connection with Bulger’s behind-bars murder was announced Thursday but not unsealed until Friday morning.

The document asserts that the men “did knowingly and willfully conspire, confederate and agree and have a tacit understanding with each other and with other persons . . . to murder inmate James ‘Whitey’ Bulger.”

McKinnon was the lookout, the document asserts, as Geas and DeCologero struck Bulger “multiple times” in the head.  McKinnon is alleged to have then lied about the incident to the feds by claiming he knew nothing about it and that he hadn’t talked to the other two alleged conspirators.

Bulger was arrested on June 22, 2011, after spending 16 years on the run. He was prosecuted and convicted of committing of 31 separate crimes.

The full indictment against Geas, DeCologero, and McKinnon is below:

[Images as follows: Bulger via a U.S. Marshals Service mugshot; Geas via a mugshot; DeCologero via a social media photo; McKinnin via a Marion County, Florida sheriff’s office mugshot.]