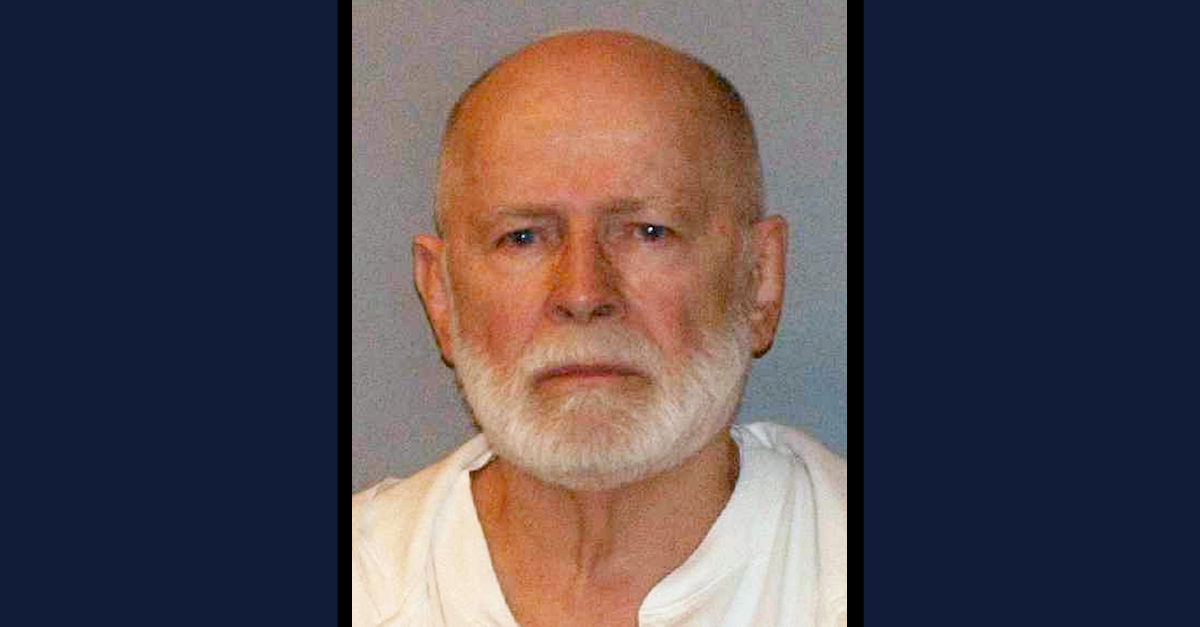 The title belied the high-profile nature of the charges.

“Geas and DeCologero are accused of striking Bulger in the head multiple times and causing his death in October of 2018 while all were incarcerated at United States Penitentiary Hazleton in Bruceton Mills, West Virginia,” the feds wrote. “In addition to the conspiracy charge, Geas and DeCologero have been charged with aiding and abetting first degree murder, along with assault resulting in serious bodily injury.”

Previous federal court cases indicate that Geas was in prison for crimes connected to the Genovese Organized Crime Family. Geas was indicted in 2010 along with a bevy of other defendants, several appellate cases indicate.

He was convicted on all but one count:  the murder of Adolfo Bruno for the purpose of obstructing justice.

“Geas was sentenced principally to four counts of life imprisonment and 240 months on two counts, also to run concurrently,” that 2016 case indicates. “He was also ordered to forfeit $120,000, and a $500 special assessment was imposed.”

That appeal, which appears to be Geas’ last, was not successful.

Paul J. DeCologero was in prison due to his connections to what a federal appeals court in 2015 referred to as a “Boston-based criminal organization known as the ‘DeCologero crew.'”

McKinnon was out of prison on supervised release; the DOJ said he was arrested in Florida on Thursday.

The case docket is not yet public on a federal court database.

Bulger was the leader of the Winter Hill Gang, an Irish-American organized crime operation that ran loan-sharking, gambling and drug rackets in South Boston. He was also an FBI informant who snitched on the New England mob, his gang’s main rival, in an era when bringing down the Mafia was a top national priority for the FBI.

He became one of the nation’s most-wanted fugitives after fleeing Boston in late 1994. After more than 16 years on the run, Bulger was captured at age 81 in Santa Monica, California. He was later convicted in 2013 of participating in 11 murders and other crimes.