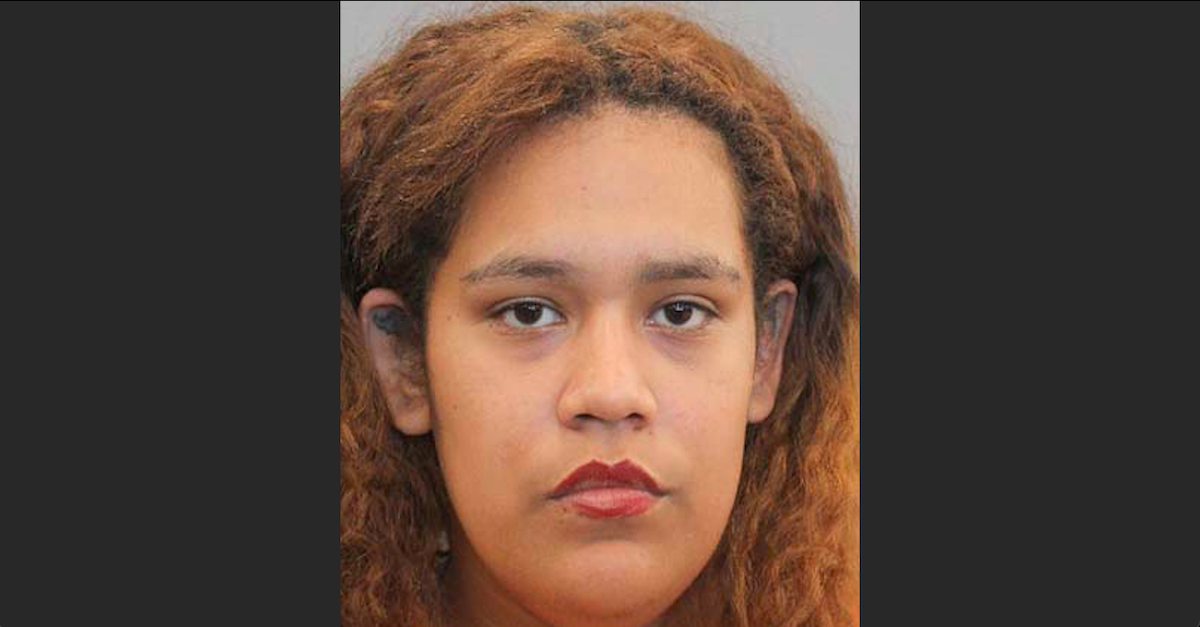 A Texas woman was arrested after she attempted to shoot a loose puppy that had run into the street and accidentally struck her 5-year-old son in the abdomen, the Houston Police Department (HPD) announced on Tuesday. According to HPD, officers responding to reports of a shooting at Dunham Road on Saturday learned that 24-year-old Angelia Mia Vargas used a “small caliber pistol” to fire three shots “at a puppy running loose across the street.” One of those bullets apparently ricocheted and struck her child.

Neighbors told local ABC-affiliate KTRK that Vargas, her son, and another member of the family were riding bicycles on the street when they spotted the dog, a 6-month-old boxer named Bruno. KTRK obtained footage of the Saturday incident from a Ring doorbell camera, saying it showed Bruno running out of the house with his owner trailing immediately behind yelling for Bruno to come back to the house.

“The dog roams out onto the street, and less than a second later, multiple shots rang out,” the report said. “Gunshots were then followed by extended screaming by the little boy’s parents.”

The dog’s owner, who wished to remain anonymous, spoke about what happened over the weekend.

“I came out of my house because Bruno was barking and barking,” said the owner, adding that he believed the dog’s barking meant his brother was at the door. “So, I open the door just a little bit and he comes running out.”‘

Bruno’s owner said that the suspect “didn’t aim or nothing, just started shooting.”

Vargas’s son was immediately brought to a nearby hospital and was in stable condition with what appeared to be non-life-threatening wounds, per HPD.

After HPD consulted with prosecutors in the Harris County District Attorney’s Office, Vargas was charged with one count of deadly conduct—discharge of a firearm in the 185th State District Court. HPD specifically pointed out that Vargas “had fired across a public roadway and in the direction of two occupied houses.”

Bruno’s owner was issued a Class C misdemeanor citation for allowing Bruno to be loose in the neighborhood without a leash. The owner also told KTRK that there was no need for anyone to get injured.

“She could have handled it differently. You know, she was there, her husband was there, I was there, nothing would have happened. Nothing bad like that,” said Bruno’s owner, adding that he’s suffered nightmares since the shooting occurred.

“I was asleep and I had a dream hearing the little boy crying, and that’s what woke me up when I was sleeping yesterday,” he said.

One of the bullets grazed Bruno’s leg, but the dog was otherwise unharmed.