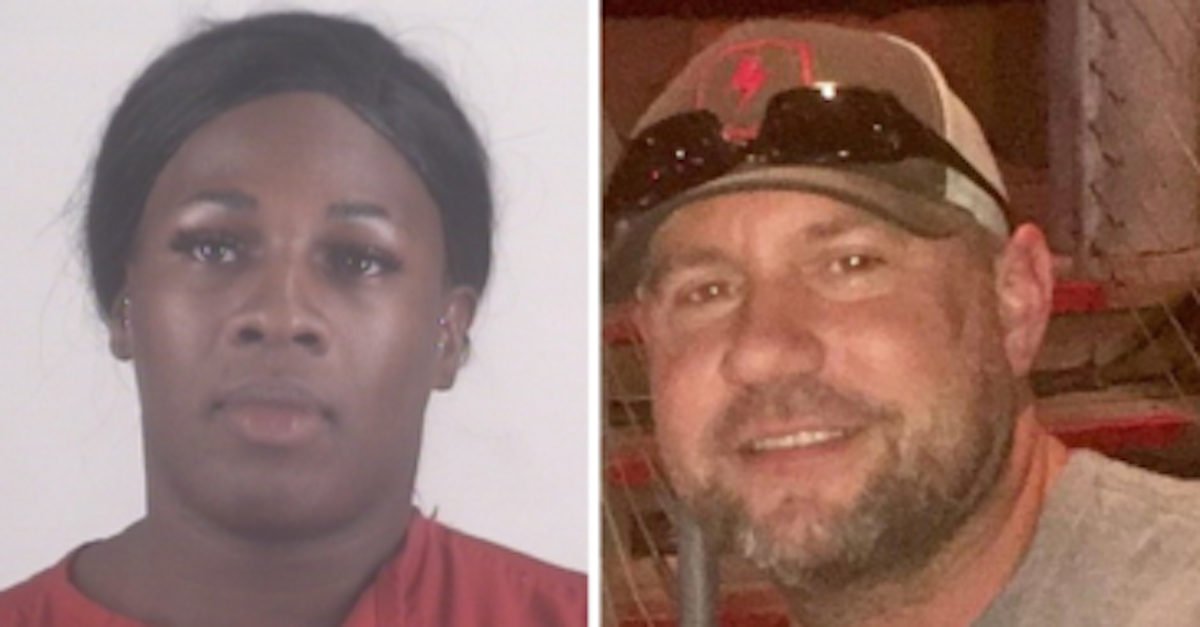 A Texas jury is set to decide whether a defendant convicted of the capital murder of a police officer following a string of robberies should face the death penalty, prosecutors announced.

Jurors in Tarrant County unanimously found Timothy Kion Huff guilty on the charge of capital murder for slaying Fort Worth police officer Garrett Hull in 2018. The jury reached this conclusion in under an hour, despite the fact that Huff did not pull the trigger.

According to the Tarrant County District Attorney’s Office, it’s now up to jurors to decide next whether Huff should be put to death by the state.

“The jury will now decide if Huff gets life in prison or the death penalty,” the DA’s Office said when announcing the verdict. Those deliberations will reportedly resume on Tuesday.

Huff was part of a group of three people suspected of committing a series of robberies that targeted Hispanic-owned businesses — 17 in total. Officer Garrett Hull was a member of the Fort Worth Police task force charged with tracking and catching the robbers. Huff is not accused of firing the shot that ultimately killed Hull, but prosecutors argued he was still responsible for the officer’s death — and jurors agreed.

According to a report from the Fort Worth Star-Telegram, Huff, Samuel Mayfield, and Dacion Steptoe on the night of Sept. 14, 2018 robbed the patrons inside of the Los Vaqueros Sports Bar located on West Biddison Street. When Officer Hull and his team realized the establishment was being robbed, they reportedly called for backup and prepared to nab the suspects when they came outside so as not to endanger anyone inside the bar.

Hull was rushed to a local hospital by officers at the scene, but he was pronounced dead. While Steptoe was subsequently killed in the shootout with police, Huff and Mayfield were caught and taken into custody.

“This case is textbook for how someone is guilty of capital murder even when they didn’t pull the trigger,” Assistant Tarrant County District Attorney Timothy Rodgers reportedly said during closing arguments Friday.

Huff’s attorneys reportedly argued that their client was not responsible for Steptoe’s actions in the death of Officer Hull. The defense attorneys did not call any witnesses, but reportedly emphasized that Huff told police about saying the following to the accomplices: “Whatever you do, don’t shoot anybody.”

Huff’s trial was originally scheduled to begin on May 31, but the proceedings were delayed because the defendant ingested a safety razor blade used for shaving and had to be rushed to John Peter Smith Hospital last month, according to a KXAS report. The DA’s Office reportedly confirmed that Huff complained of suffering from chest pains before being rushed to the hospital. Once there, Huff reportedly told the medical staff about “accidentally swallow[ing] a razor blade.” The defendant was reportedly kept under medical surveillance for several days as doctors hoped Huff would pass the blade.

Officer Hull served with the Fort Worth Police Department for 17 years before his death.

Mayfield also faces a capital murder charge. His trial has not yet begun.

The Tarrant County District Attorney’s Office told Law&Crime that prosecutors will comment on the case after the jury decides the punishment phase.