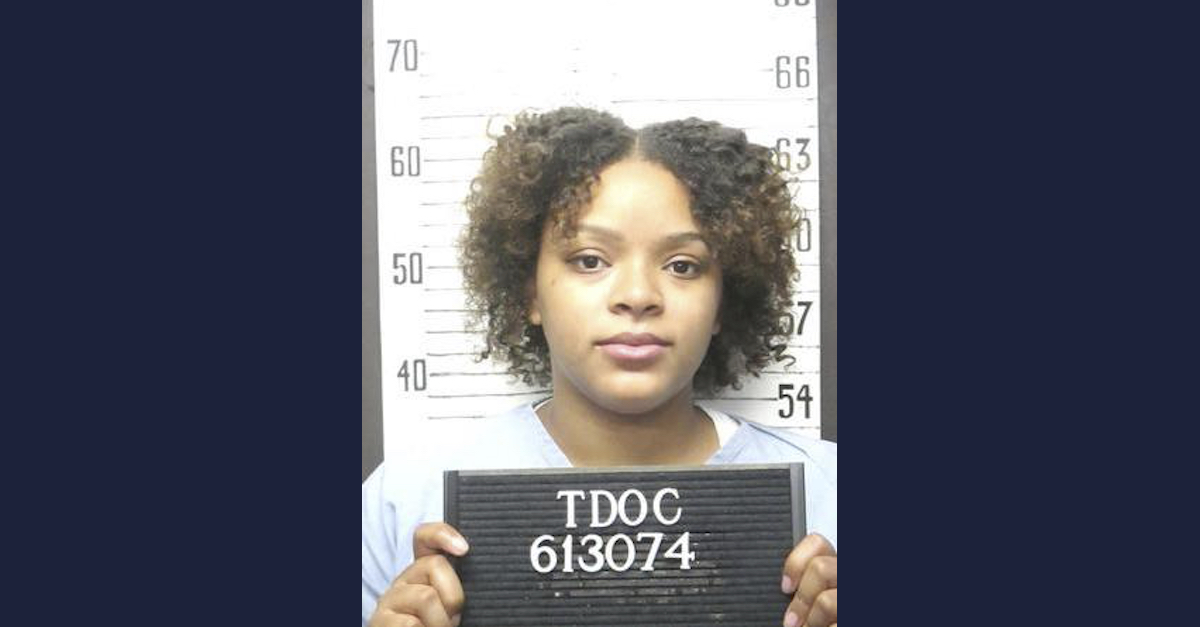 A Tennessee woman long ago convicted on felony murder and robbery charges has won a new trial after years of insisting that she was framed and had no knowledge of the crime whatsoever.

In 2009, 68-year-old Franklin Bonner was tied to a table and chair during an alleged robbery attempt in Chattanooga. Officers found him dead, his home in a state of chaos, and with little evidence pointing to a killer. The case went cold and stayed that way for nearly a decade.

Angel Bumpass, 27, was tied to Bonner’s death in 2019 and tried alongside a co-defendant, 40-year-old Mallory Vaughn. At the time of trial, Bumpass was 24; Vaughn was 37; she was convicted; he was found not guilty on both counts. Bumpass was later sentenced to life in prison. The condemned young woman, and her legions of defenders online, have consistently maintained she was wrongfully convicted.

In May 2020, the A&E series Accused: Guilty or Innocent? ran an episode about the defendant’s plight entitled: “Cold Case Killer or Innocent Teenage Girl?”

Key to the defense is another piece of time-age information; at the time of Bonner’s murder, Bumpass was a 13-year-old eighth grader.

According to court records, the defendant was largely convicted because her fingerprints were a match for partial fingerprints on duct-tape that had been used to restrain Bonner when he died.

In a late August ruling and order, a Hamilton County Criminal Court noted several errors and other deficiencies with the defendant’s trial. Enough of those problems, the court noted, piled up during the relatively quick proceedings and, therefore, demanded a new trial – but stopped just short of overturning her conviction entirely.

The court explains that a series of small errors that would not otherwise have marred a trial, may, over time, do exactly that, especially during a trial process that is particularly short-lived, as was the case here, where “jury selection began on October 1 [2019], and the jury’s verdict occurred two days later on October 3 [2019].”

The reviewing court found that jurors should have been sequestered during the questioning of a defendant’s family member – or that at least the trial court should have issued a curative instruction. During her testimony, she said the evidence “didn’t look good” for Bumpass. Notably, the defendant’s original attorney objected to this testimony on relevance grounds but never later objected after being initially overruled.

“This statement was repeated three times by Mr. Smith before the inquiry moved to other topics, and this statement communicated to the jury that even members of the Defendant’s own family believed that the proof at the trial demonstrated her guilt,” Greenholtz noted.

Another minor but compounded error was the way in which the defendant’s yearbook photo was treated. After quite a bit of legal back-and-forth, jurors were finally allowed to see it, but it was never treated as an official exhibit in the case. That should have been corrected by the trial court as well.

Another error cited was the prosecution asking an investigator whether, in the court’s words “the defense had requested DNA analysis on a hair follicle found near the Defendant’s fingerprint.”

Essentially, the court found that the prosecutor asked a loaded question – and had done so despite the co-defendant’s own attorney objecting to a substantially similar question just minutes before.

“No further objection was raised by the Defendant to this question, but the Court believes that the question, particularly in retrospect, elicited information that the Court ruled was inadmissible,” Greenholtz explained. “The Court does not find that this line of inquiry by itself would have affected the outcome of the trial, but the conclusion suggested by the inquiry, along with arguments on different but related issues, tended to suggest that the Defendant had a burden to prove her innocence.”

The judge then listed several instances in which he found the state’s presentation deficient, including the lack of “a connection” between Bumpass and Bonner, and the lack of any link between the defendant and her co-defendant at the time of Bonner’s death.

[T]he State was not able to establish any direct connection between the Defendant and Mallory Vaughn—or for that matter, with any other person who may also have been involved in the robbery. Rather, the principal, if not only, link between these two persons consisted of a Facebook connection between Mr. Vaughn and a mutual third-party acquaintance, Cordarel Bumpass, that existed some ten years later. Thus, while this third-party connection existed in fact, this weak connection to the Defendant herself diminishes the weight of the evidence supporting the Defendant’s convictions.

“In summary, the weight of the evidence supporting the Defendant’s intention to commit the underlying felony was not significant beyond its minimum evidentiary sufficiency,” Greenholtz noted. “In many cases involving claims of cumulative error, the claim often falls short due to the overwhelming nature of the evidence against the defendant. That is not the case here.”

“I’m absolutely thrilled, I’m sure when I relay this information to Angel she would be thrilled as well,” Massey said. “It was particularly hard for her, she’s always maintained her innocence in this. We won a battle at this point, but we still have a war in front of us. The state has 60 days to file an appeal. It’s not a done deal yet.”

[image via Tennessee Department of Correction]