Suspect Punched a Restaurant Employee Who Stood Up to Him for Being a Bully, Caused Her to Lose Her Right Eye: Cops 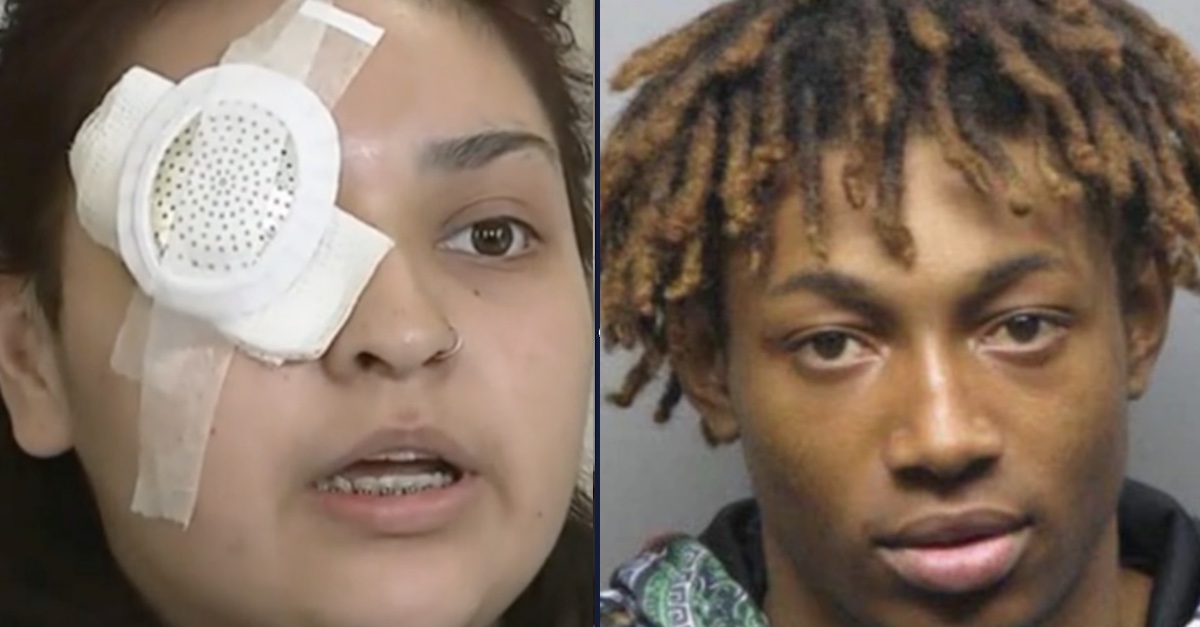 A 19-year-old restaurant employee in California who stepped in when she saw a man bullying an intellectually disabled person lost her right eye after the suspect punched her in the face, authorities say.

After several weeks of investigation, law enforcement agencies on Monday announced that the alleged culprit, 20-year-old Isaac White-Carter, has been arrested and charged with one count each of mayhem and aggravated assault causing great bodily injury, both of which are felonies.

According to a press release from the Antioch Police Department, officers at approximately 5:25 p.m. on Nov. 12 responded to multiple calls regarding an alleged assault at The Habit Burger Grill located in the 2400 block of Mahogany Way.

Upon arriving at the scene, first responders said they discovered that “an employee was punched in the face multiple times after protecting an individual with an intellectual disability from being bullied.”

“The victim lost her right eye because of the incident,” the affidavit states.

The Antioch PD’s Investigations Bureau spent weeks investigating the assault before they were able to identify White-Carter as the suspected assailant. Detectives with APD’s Special Operations Unit then worked in collaboration with agents from the U.S. Marshal’s Service’s (USMS) Pacific Southwest Regional Fugitive Taskforce to locate White-Carter. He was taken into custody in the 2500 block of Spring Drive in Hayward, California on Monday morning and turned over to APD.

APD Detectives will soon be presenting the case against White-Carter to the Contra Costa County District Attorney’s Office for prosecution.

The victim, identified as 19-year-old Bianca Palomera, spoke with San Jose NBC affiliate KNTV about the incident, saying that the special needs person who was being bullied was the relative of one of her coworkers.

“He punched me once, and my headset and my glasses went flying off my face,” she told the station. “He was throwing threats and slurs saying that he was going to ‘beat him up,’ ‘why does he keep looking his way?’ That’s when I step in and I said ‘it’s not right what you’re doing.'”

Surveillance footage of the assault showed the initial punch knock Palomera back onto a bench. She tried to fight back and took a swing at the assailant, but the suspect appeared to land several more punches to the victim’s head before several onlookers and other employees stepped in. The suspect fled.

Asked how she felt about her actions and the ultimate outcome, Palomera said she was still trying to process it all.

“I don’t really know what to think. I think I’m still processing it,” she said. “This is probably the last thing that I would’ve expected out of anything, but I don’t fully regret, you know, helping, stepping in. It could’ve been worse for my coworker’s brother.”

“This is a devastating case and our investigation bureau worked tirelessly to identify the suspect,” APD Public Information Officer Ashley Crandel said.

Crandel said that authorities could not say exactly how they were able to identify and locate White-Carter, but she noted that the Contra Costa Sheriff’s Office played a key role. Crandel also said that the department already knew of White-Carter, having had “one prior contact with him” in an unrelated case.