Sheriff Sounds Off After Accusing ‘Armed Convicted Felon’ of Triple Murder: ‘Repeat Offenders Are Allowed to Walk Our Streets’ 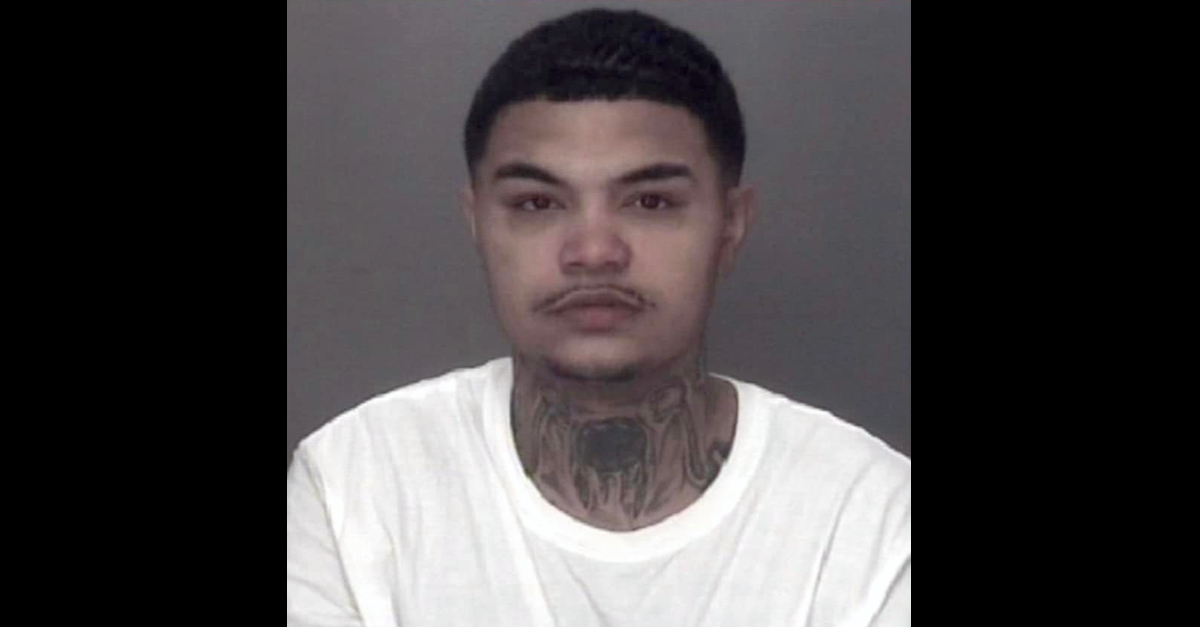 A man a county sheriff described as an “armed convicted felon” is now charged with triple murder.

Dekota Ray Locklear, 23, of Lumberton, N.C., is facing three counts of first degree murder, two counts of robbery with a dangerous weapon, discharging a weapon in a vehicle to incite fear, and possession of a firearm by a convicted felon, the Robeson County Sheriff’s Office announced on Facebook.  Locklear is being held in the Robeson County Detention Center without bond.

“Due to the actions of an armed convicted felon, we now have three grieving families who have lost a loved one,” Sheriff Burnis Wilkins said in the post.  He continued with a slam against low bond amounts and an extensive complaint about what he believes is wrong with the criminal justice system:

When repeat offenders are allowed to walk our streets due to easily made low bonds and are not being held accountable for their actions, this is what happens. We simply can’t allow the criminal element to continue to wreak havoc, go about armed and just shoot people. To reduce crime in this county, persons such as this who continue to be a threat to public safety even while out on bond for other violent offenses, must have their bonds revoked, thereby removing the threat from our citizens.

A slightly different version of the statement reported by local news organizations said “persons such as this . . . must be dealt with swiftly by the criminal justice system” — at least in Sheriff Wilkins’ view.  (The same sheriff also endorses a program that hands out copies of the Christian Bible emblazoned with his department’s logo, his website indicates.)

The post contained several critical caveats, however.  The first read as follows:

Under our system of justice, every person is presumed to be innocent unless proven guilty in a court of law. The information contained in this post is not intended to be an expression of opinion regarding guilt. The views and opinions expressed by private citizens who may comment on this post are not adopted by and do not reflect the official policy or position of this law enforcement agency.

The Sheriff’s Office does not issue or determine bond amounts. This is done through a judicial official, such as a judge or magistrate, as per N.C. General Statute 15A-532. Many factors are considered when determining bond amou[nts.]

The underlying events that triggered the sheriff’s sound-off occurred on Friday night.  Just after 7:00 p.m., deputies responded to the 100 block of Randy Street in Lumberton “in reference to multiple individuals shot.”

Ryan F. Locklear, 24, of Pembroke and Treyvon Mitchell, 20, of Lumberton “were found deceased upon the arrival of the deputies,” the sheriff’s office wrote.  The investigation revealed that “a third victim was possibly shot in the arm.”  As deputies began “contacting local medical centers,” the county 911 center “received a call in reference to a body being found at a different location from the original crime scene.”

Law enforcement officers then located Da’Vern Inman, 20, of Orrum — the third victim of the Randy Street shooting.  Inman was apparently able to briefly leave the immediate crime scene before succumbing to his injuries.

The sheriff’s department did not explain precisely why Dekota Locklear was an “armed convicted felon.”  The Associated Press, several newspapers, and several television stations that reported on the incident also did not unravel the extent of Locklear’s criminal past, assuming he has one.  Online jail records reviewed by Law&Crime did not stretch beyond the immediate arrest connected to the triple murder Friday night.

Criminal justice reform advocates have increasingly argued that high cash bail amounts disproportionally and sometimes irrevocably cripple poor defendants who are accused of committing minor offenses.  The debate about the amount of bail sought by prosecutors and approved by the courts — and the extent to which it protects citizens from crime — continues in many states, including North Carolina.  However, as the New York Times has reported, many law enforcement officers have criticized both actual and proposed bail reforms.