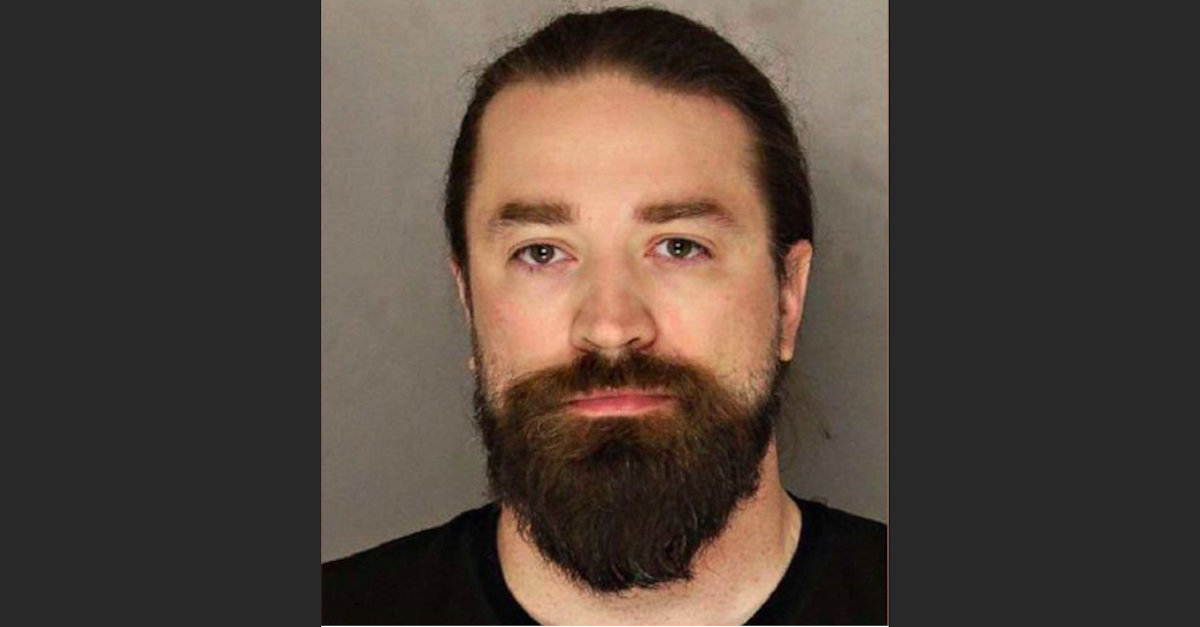 A Pennsylvania man was arrested over the weekend after a woman left a series of notes in public bathrooms pleading for someone to contact the police, and claiming that she was being held against her will, sexually assaulted, and threatened with death, news outlets reported.

According to a report from ABC News, the alleged female victim’s first note was found last week inside the women’s bathroom of a Walmart in Carnegie, Pennsylvania. The note—which was found stuck to the bathroom mirror by a Walmart employee—allegedly said that she was being held captive and sexually and physically assaulted by Brewer. The note also reportedly included a description of the car Brewer drove, his home address, and a plea for someone to contact the police immediately.

Scott Township police were called to the address listed on the note, but no one answered the door, a copy of the criminal complaint obtained by ABC News stated. However, officers noted that they thought they heard furniture being moved inside the residence.

The police on July 9 called a phone number they had listed for Brewer from a previous incident. He picked up the phone and put it on speaker then allegedly refused to let police speak to the alleged victim alone. During that conversation, police said Brewer stated that he was on vacation with his girlfriend in New York. The alleged victim then also told the police she was with her boyfriend, the report stated.

However, just two days later, Pennsylvania State Police were called after another note was found stuck to the mirror in the women’s restroom of the Frank Lloyd Wright Fallingwater museum in Mill Run. Video surveillance footage from the museum allegedly showed Brewer and the alleged victim at the famous home.

Per ABC News, the second note said that the alleged victim had been held captive since May 1 (see: offense date of the charges), and said, “If I don’t make it, tell my family I love them. The note also allegedly informed authorities that she “heard the police knocking at the residence, that the abuse hasn’t stopped” and that she was not really on vacation with Brewer. The alleged victim again asked the reader to call 911, writing, “please don’t give up.”

State police then contacted the alleged victim’s ex-boyfriend who told them that he had not seen her since the end of April and had already started the process of reporting her missing, according to a report from local outlet WTAE-TV

Using the surveillance footage from the Fallingwater museum, police were able to obtain a search warrant. SWAT officers raided Brewer’s home on Sunday and arrested him. The woman told police that he had taken away her cell phone and she couldn’t get away from him because he threatened to kill her and her children, the complaint stated.

Police also said that the victim told them Brewer punched and strangled her on multiple occasions, took naked photographs of her without permission, and used a knife to intentionally cut her foot.

Brewer was released from the Allegheny County Jail on Monday after posting $500 in cash (10-percent of $5,000 bail amount). His preliminary hearing is scheduled for July 22.

Brewer reportedly answered his door but declined to comment after he was released from jail.