William Looper Gets Life in Prison for Murder of Brantley Smith

S.C. Man Gets Life in Prison for Vicious Sexual Assault and Murder of Toddler. An Investigator Called This Case ‘By Far the Worst’ He’s ‘Ever Seen.’ 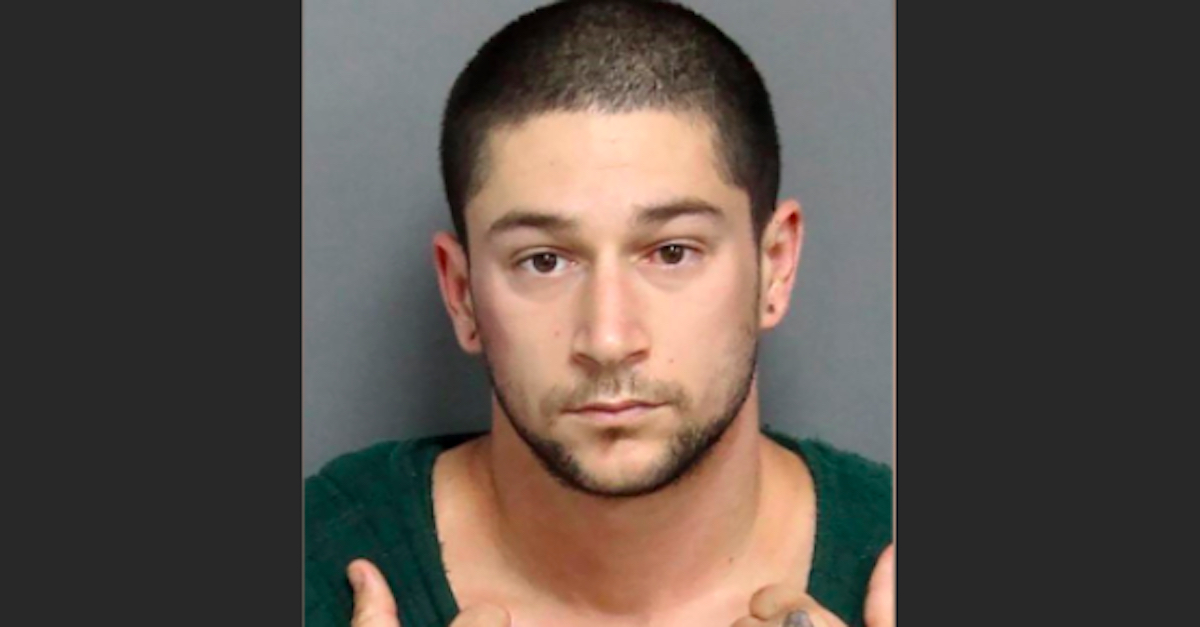 A judge in South Carolina ordered a 30-year-old man to spend the rest of his life behind bars for viciously beating his girlfriend’s 2-year-old son to death after he “brutally sexually molested” the victim for weeks. Authorities said that the toddler’s body was covered in bite marks and bruises.

Circuit Court Judge Donald Hocker on Thursday handed a life sentence without the possibility of parole to William R. Looper, who pleaded guilty to one count each of murder and first-degree criminal sexual conduct with a minor, as well as two counts of unlawful neglect of a child in the death of Brantley J. Smith, the Index-Journal of Greenwood reported.

Brantley’s mother, Jessica B. Smith, was charged with homicide by child abuse and two counts of unlawful conduct toward a child. Jessica Smith was reportedly working at Walmart when her son was killed. Her case is still pending. 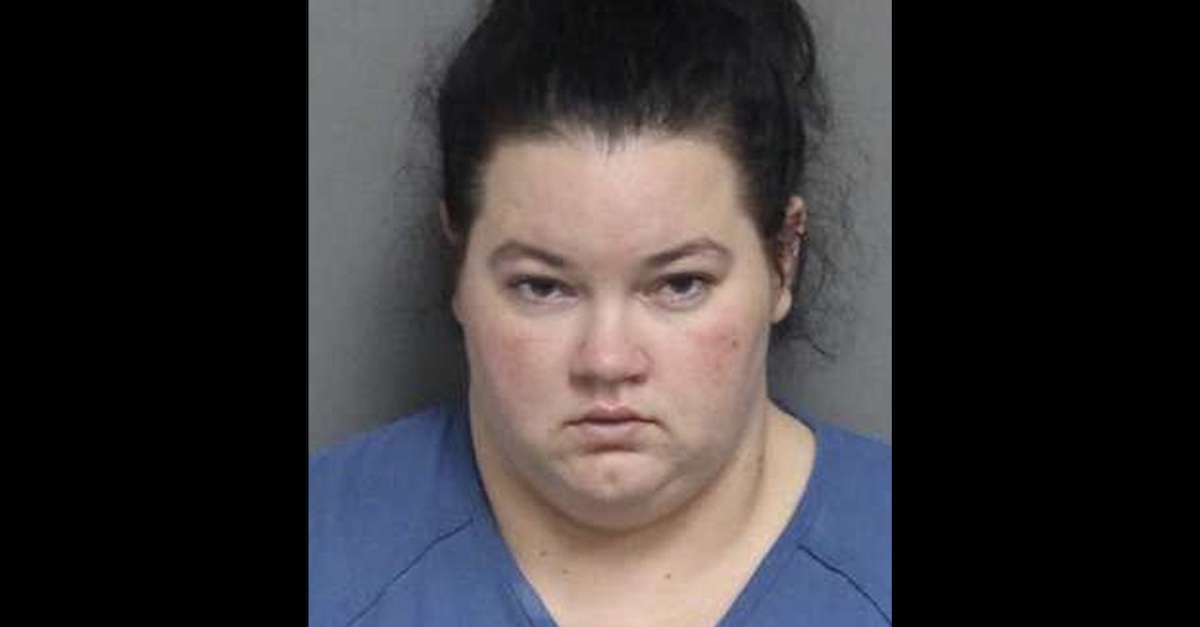 “These animals, who are possessed with pure evil, have no place in our society,” Sheriff Don Reynolds told Columbia NBC affiliate WISTV. “There is no rehabilitation for people this evil. I’m sure God has a place for these broken individuals, as he does for these precious children.”

According to the report, deputies with the Laurens County Sheriff’s Office on June 30, 2018 responded to a 911 call about an unresponsive child at a home in the 100 block of Country Lane. Upon arriving at the scene, first-responders discovered Brantley’s lifeless body on his bed. The victim’s body was reportedly being protected by a dog that had to be secured before deputies could enter the room. Emergency Medical Services personnel attempted life-saving procedures but were unable to resuscitate Brantley, who was pronounced dead at the scene. EMS reportedly said that it appeared the child had died “some time” earlier.

The Department of Social Services reportedly took Brantley’s older brothers—an 8-year-old and a 6-year-old—out of the home and had them sit down with investigators.

Per the Index-Journal, the two children provided horrific details to investigators about what Looper did to Brantley, starting with how they watched the man punch their younger brother multiple times. Looper also allegedly grabbed Brantley by his feet and swung the child into the wall. The brothers reportedly both told investigators that they could hear Brantley screaming throughout the entire night he was killed.

An autopsy reportedly revealed that Brantley suffered multiple fractured ribs, sustained extensive bruising, was sexually assaulted, and was bitten all over his body.

In addition to the life sentence, Judge Hocker also sentenced Looper to 60 years for the sexual conduct with a minor charge and 10 years each on the lesser charges. Looper was initially facing the death penalty, but prosecutors reportedly took that punishment off of the table in exchange for his guilty plea.

“Unfortunately, I have had to work many homicide cases over the years, some of which involved children; however, this by far the worst thing I’ve ever seen,” Sheriff Capt. Robert Wilkie said, per WISTV. “This incident brought tears to the eyes of our investigators and what these individuals did to this child is unimaginable.”

Diane Smith, a family friend, reportedly read a victim impact statement during the proceeding and said both of Brantley’s brothers are undergoing intensive therapy to deal with the trauma.

“To say our world was turned upside-down is an understatement,” Smith said. “We have no idea the horrors that Bobby and Brian endured and witnessed in their own home, but we know that they will never be the same after what they had to see and endure at the hands of Billy Looper.

Eighth Circuit Solicitor David Stumbo told the Index-Journal that multiple investigators had to seek counseling after seeing and hearing the details of what Looper did to Brantley.

Looper reportedly also told investigators that he and his two brothers were abused and sexually assaulted by their father, William Harold Looper III, when they were children. 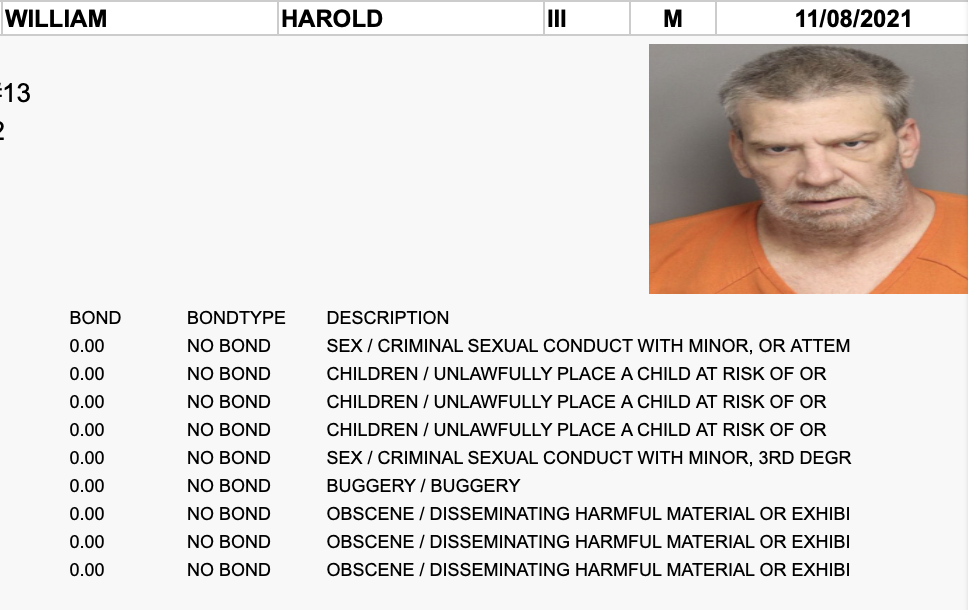 The elder Looper was reportedly arrested last week and charged with once count each of second-degree criminal sexual conduct with a minor, committing or attempting a lewd act on a child, and buggery, as well as three counts each of disseminating harmful material to minors and unlawful neglect of a child, the Index-Journal reported. He is being held in Laurens County Jail without bond.