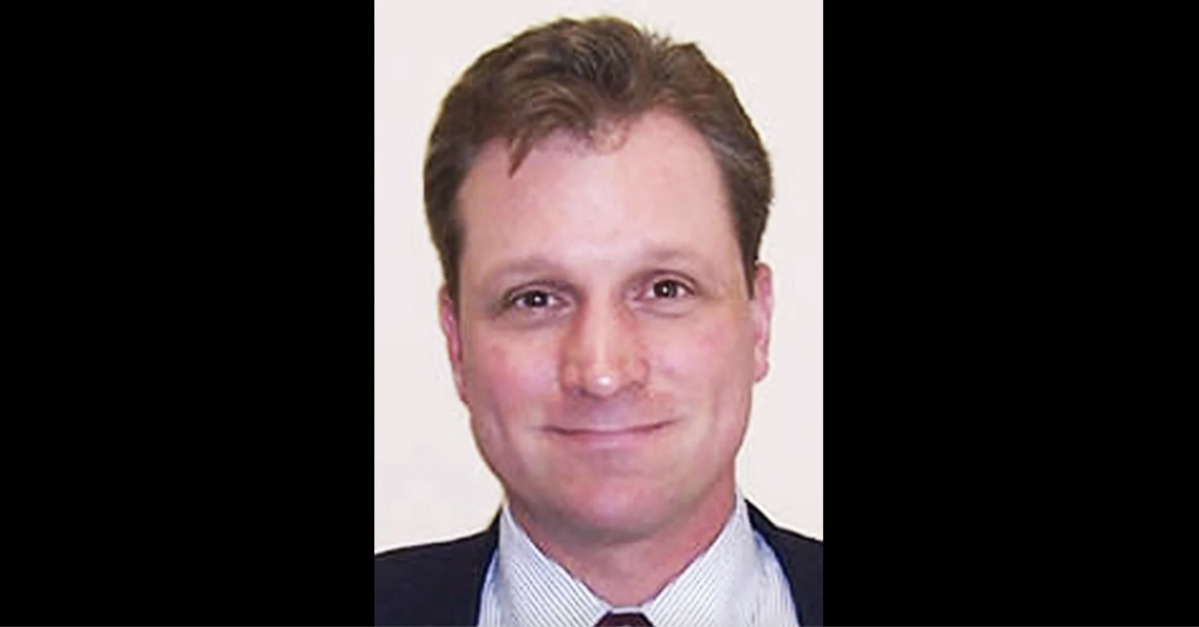 A Maryland man and now-former judge killed himself just as FBI agents were closing in on him outside his home on Friday morning.

Jonathan G. Newell, 50, was wanted on suspicion of sexually exploiting several children. On Thursday, federal charges were filed against him in Maryland. The next day, Newell was found dead.

“This morning agents with the Federal Bureau of Investigation went to the residence of Jonathan Newell, age 50, of Henderson, Maryland, to arrest him on a federal criminal complaint filed on September 9, 2021,” the U.S. Department of Justice noted in a statement late Friday. “Upon entering the residence the agents found Newell suffering from an apparent self-inflicted gunshot wound. He was pronounced dead at 6:43 a.m. Maryland State Police will lead the investigation into the apparent suicide.”

According to federal court records reviewed by Law&Crime, the case against Newell was unsealed and subsequently dropped on Friday in the U.S. District Court for the District of Maryland.

The unsealed criminal complaint notes that the investigation into the judge began on July 23, 2021 when Maryland State Police arrived at Newell’s cabin in Fishing Creek, Md. in response to a minor reporting that he had found a video camera in the bathroom.

The boy who found the camera then went to find a friend and told him about what he saw in the bathroom, the complaint says. Right after that, Newell was seen entering the bathroom and exiting “carrying miscellaneous items,” as he made his way to his own bedroom. The two boys then went to inspect the area where the camera was located but found that it had been removed.

Investigators quickly arrived. According to the complaint, Newell waived his Miranda rights and gave an interview in which he appeared to blame some of the 10 “members” with access to the cabin for the camera being in the bathroom. According to the first boy, another adult and four other minors had stayed at the cabin the night before.

After that, police let Newell go to his bedroom to plug in his cellular phone and make some phone calls. The complaint alleges that while he was doing so, “investigators observed Newell reach under the bed with his right hand on more than one occasion.”

From there, however, the judge’s behavior became more suspicious.

The complaint explains, at length:

At the time, the investigator believed Newell was holding the charger into the wall due to the short length of the cord and poor electrical connection. As this conduct continued, the investigator noticed Newell reach directly under the bed below the outlet. Newell made these movements for a few seconds and then stretched his lower back by leaning forward. A few moments later, the investigator observed Newell’s right hand closed in a fist. Newell was still talking on the phone, holding the phone with his left hand to his left ear. Shortly after the investigator noticed Newell’s right hand in a closed fist, Newell placed his right fist to his mouth and covered the bottom of his phone and mouth and began talking quietly. A few minutes later, the investigator heard a loud, distinguishable, “crunch,” sound from the area of Newell’s mouth. After another minute or two, the investigator heard the same “crunch” again from Newell’s mouth, followed by Newell immediately reaching for and drinking from a cup located on his dresser.

After appearing to eat the memory card, Newell was escorted to a nearby hospital to obtain CT scans of his chest and abdomen. As a result, doctors said they found a “foreign body within the small bowel” that had been ingested and was “possibly metallic.”

State search warrants of Newell’s cabin, home, truck, boat and office later unturned “numerous videos of minor males showering,” according to the complaint. “In some of the videos, Newell is seen setting up the camera in the bathroom.”

Newell, a Republican, was appointed to the bench in August 2016 by Gov. Larry Hogan (R) after previously serving for 13 years as the elected state’s attorney for Caroline County.