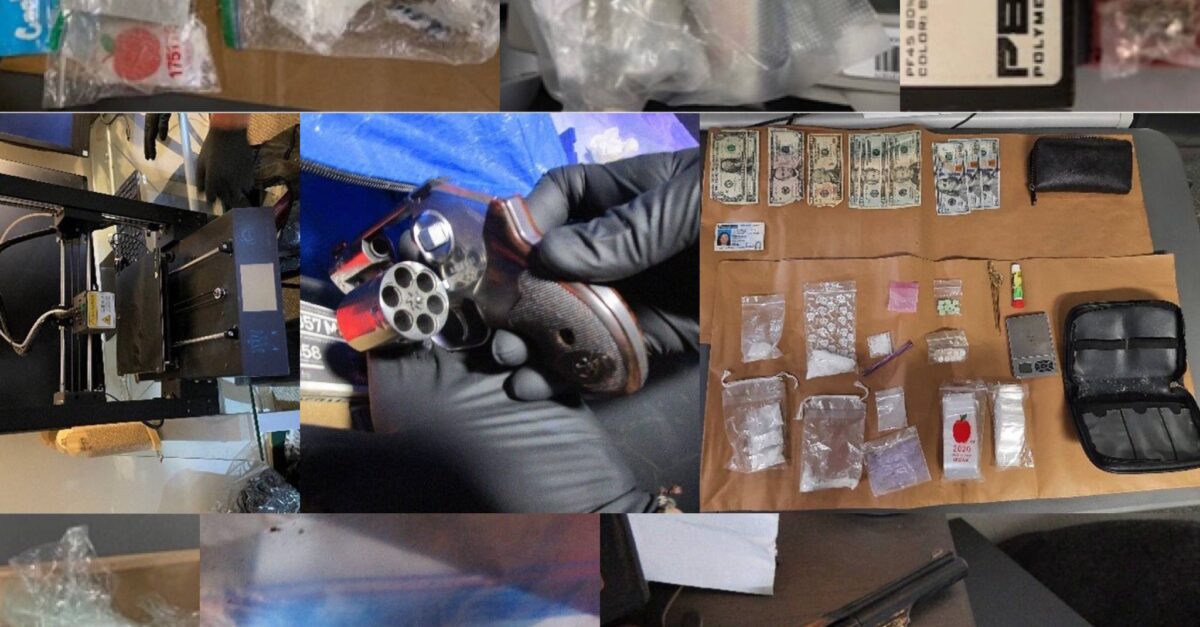 Local, state, and federal authorities wrapped up Operation Red Rider this week, a 10-month investigation against what authorities said was a well-organized crime syndicate.

“We will not tolerate lawlessness in San Diego,” San Diego Mayor Todd Gloria said in a news conference. “These are the drugs that are killing our San Diego citizens. They are weapons that are being used to hurt our communities.”

The case came about from tips about drug trafficking in North Clairemont, about 10 miles north of downtown San Diego, officials said.

San Diego Police Chief Dave Nisleit said officers had responded to numerous calls, including two overdoses, at a home there. One resulted in a death on Dec. 2, 2021, he said.

Many of the people who frequented the area were part of a larger criminal network connected to white supremacist groups involved in drug trafficking, illegal gun sales, fraud, and auto theft, the chief said. Narcotics detectives linked the suspects to an investigation of an armed carjacking and multiple home invasion robberies in the city of San Diego.

“In 2021, 800 San Diegans died of fentanyl-related overdoses,” she said. “Our work is not done. Drug trafficking is a violent crime. It’s affecting the safety and security of our communities. The drug dealers and the cartels are driving the addiction in our county and in our country.”

“Drug-related charges involve the sale of just about every kind of dangerous drug you can think of,” she said. “One defendant alone had 500 fentanyl pills. That is a recipe for death in our community.”

She said in one case one of the suspects walked up to a victim at gunpoint and robbed and assaulted him, taking cash, guns, and electronics.

Authorities found a hash oil lab at one house, a potential explosion hazard.

Neighbors said they hope the arrests will make the streets safer.

“Everybody tries to make this neighborhood nice,” Yvonne Sanchez told NBC San Diego. “That’s what is sad to us, that that’s going on across the street.

“I want all the kids to come back and run around in our streets, but it’s not possible with what’s across the street.”