In separate images, which you can see on Law&Crime’s Sidebar podcast above, the defendant appears clothed and with parts of her body blurred out. Bruising is visible on her arms and legs and what appears to be one of her thighs.

Clenney fatally stabbed her boyfriend in April of this year in their shared luxury Miami condominium under disputed circumstances. Prosecutors allege the killing constitutes murder in the second degree. The defendant admits that she killed 27-year-old Christian Obumseli, however, she claims the killing occurred in self-defense.

The state and the defense have each claimed that Obumseli and Clenney were victims of long-running domestic violence, respectively.

Attorneys for the Instagram influencer and OnlyFans model say the photographs of their client were taken three days after the stabbing and speak to the defendant’s claim that she was abused by her boyfriend in the days leading up to his death, according to WTVJ.

The photographs were taken by Clenney’s mother, the defense said, and had previously been referenced in conversation, reporter Alyssa Hyman said. One of Clenney’s attorneys reportedly claimed the photographs are “consistent with a struggle for her life.”

Prosecutors have said the evidence at the crime scene was inconsistent with the defendant’s self-defense narrative. 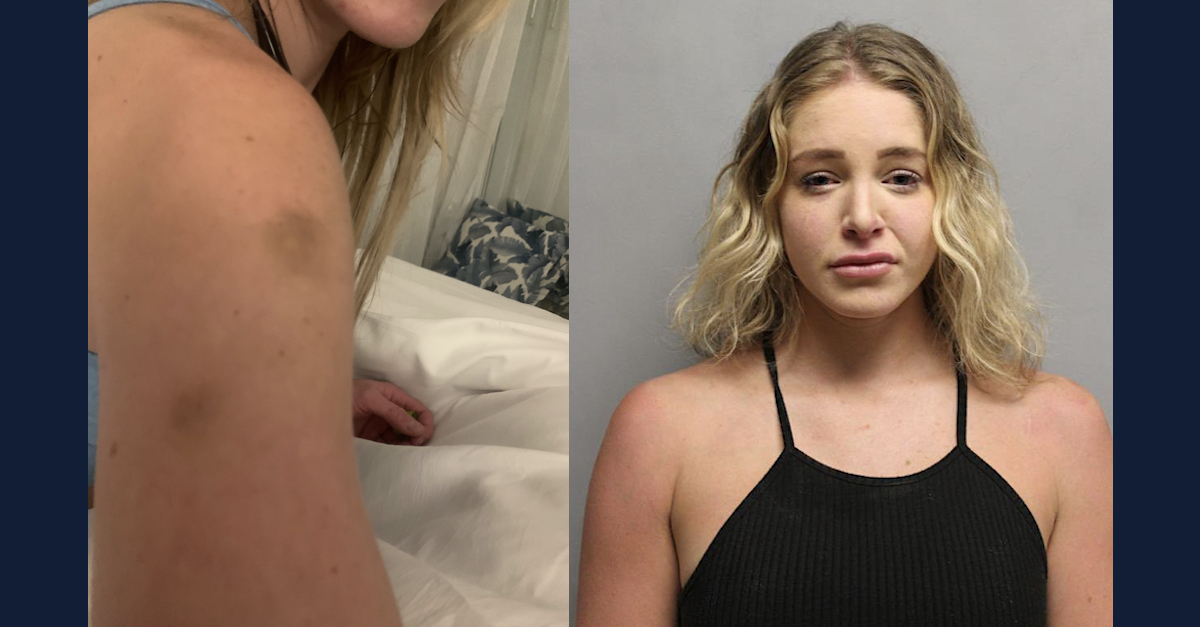 “The police observed no visible injuries which would have corroborated her account,” Miami-Dade State Attorney Katherine Fernandez Rundle previously said at a press conference. “And she had no injuries.”

The newly released photographs are likely to be presented to the judge overseeing the case during an upcoming bond hearing.

“The evidence does support self-defense in this case,” one of Clenney’s attorneys told WTVJ. “And that will come out when we have a trial.”

The document dump comes on the heels of recent audio and video releases by prosecutors which case the defendant in a decidedly different and wholly unflattering light – in one such recording she repeatedly uses a racial slur against her boyfriend, calling him the N-word during an argument about a woman he spoke to while riding his bike.

Clenney is white. Obumseli was Black.

Later on in the recording, Clenney appears angry over the location of her phone – which Obumseli says he does not have.

“Shut up and let me slap you, dumb ass!” she says. “Find my fucking phone and charge it!”

Those recordings came after the Miami Police Department released body-worn camera footage showing a tearful Clenny complaining about Obumseli after officers responded to an alleged domestic dispute that occurred two days before the stabbing. In that video, the defendant requests a restraining order and complains that her boyfriend has been “stalking” her.

“How can I make myself first because I know him and he would do it,” Clenney tells the officers. “I have not always been the victim but right now I’m a freakin’ victim, I’m scared to walk my dogs.”