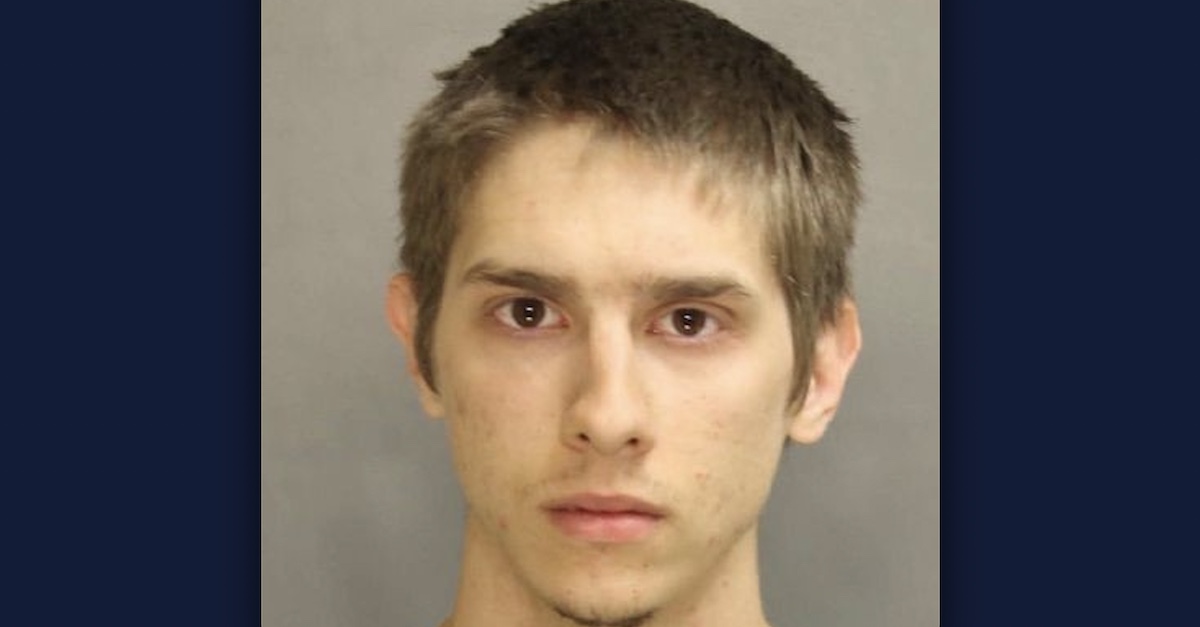 A 23-year-old Pennsylvania man will spend the rest of his life behind bars for violently killing his former girlfriend’s toddler daughter four years ago. Blair County President Judge Elizabeth A. Doyle on Friday ordered Drue Scott Burd to serve a sentence of life in prison without the possibility of parole for the 2018 slaying of 16-month-old Angela Elizabeth Jones Beard, court records reviewed by Law&Crime show.

Burd on Friday formally pleaded guilty to one count of premeditated first-degree murder in Angela’s death. In exchange for pleading guilty, prosecutors with the Blair County District Attorney’s Office agreed to drop additional charges that included one count each of aggravated assault, strangulation – blocking the nose and mouth of a person, endangering the welfare of a child, and simple assault. Prosecutors also agreed to take the death penalty off the table as a possible sentence.

“We’re moving forward with this plea today because it’s the most significant charge and provides for life in prison without the possibility of parole,” Assistant District Attorney Derek Elensky told Judge Doyle during the plea hearing, the Altoona Mirror reported.

The plea means Angela’s family will not have to endure the criminal trial that was scheduled to begin next month — a prospect that reportedly played into Burd’s decision-making process.

“I don’t want to put certain people through a trial,” Burd reportedly told the court when asked whether he was sure he wanted to plead guilty. “I already hurt a lot of people.”

Officers with the Altoona Police Department on May 20, 2018 responded to a 911 call about an unconscious toddler who was not breathing at a residence located in the 900 block of 23rd Avenue. Upon arriving at the scene, first responders reportedly found a then-19-year-old Burd attempting to perform CPR on Angela, who was in cardiac arrest.

Emergency Medical Services transported the toddler to the University of Pittsburgh Medical Center in Altoona. Due to the severity of her condition, Angela was airlifted to UPMC Children’s Hospital of Pittsburgh for more specialized care. The toddler held on for several days but succumbed to her injuries and was pronounced dead on May 24.

When investigators interviewed Burd about Angela’s injuries, he reportedly admitted to covering her nose and mouth with his hand in an attempt to get the child to stop crying and go to sleep.

“I wasn’t trying to kill her, I was trying to put her out,” Burd told police, according to a criminal complaint obtained by Johnstown NBC affiliate WJAC-TV.

A pair of medical reports reached two separate conclusions on Angela’s cause of death. Per the Mirror, the initial medical report declared that Angela died due to a “massive neurological brain damage, suffocation, and abuse.” A second report concluded that Angela’s cause of death was “penetrating trauma” to the child’s anus. She also reportedly sustained abnormal bruising and lacerations caused by trauma.

ADA Elensky reportedly referred to the crime as “a brutal and senseless killing of a 16-month-old child,” adding that Angela “endured a cruel death.”

Burd’s defense attorneys had previously argued for more leniency towards Burd, saying that he was only 19 and had the brain development of a child at the time he smothered Angela, per WJAC.