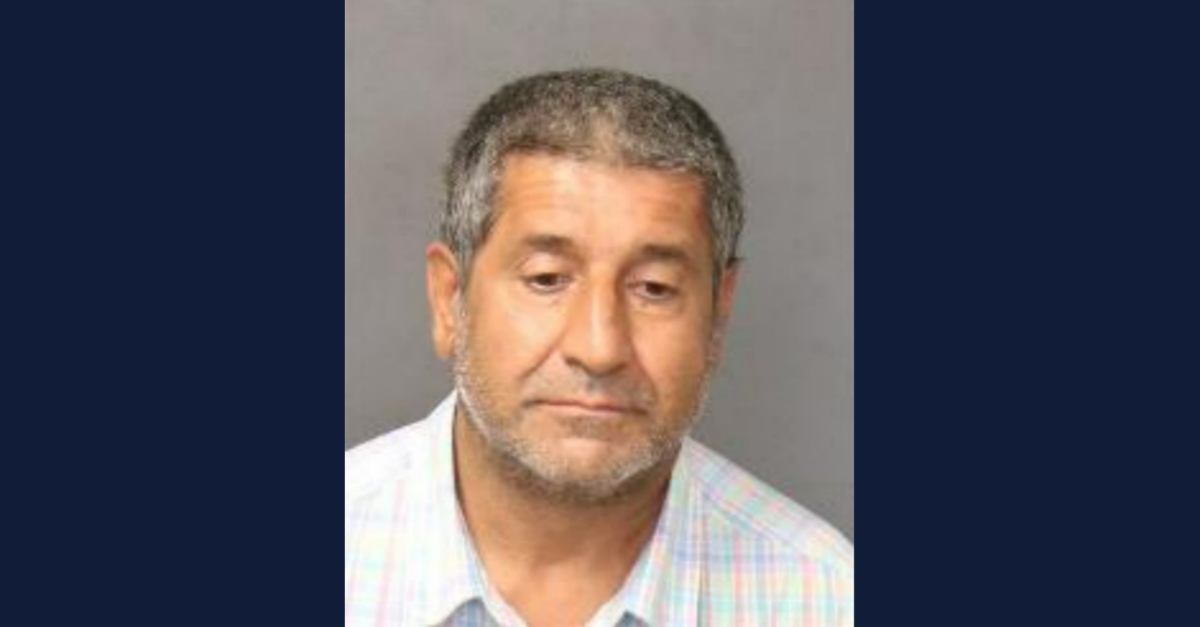 A suspected killer of Muslim men in New Mexico is behind bars.

Authorities say Muhammad Atif Syed, 51, murdered Aftab Hussein, 41 on July 26, and Muhammad Afzaal Hussain, 27, on Aug. 1. Officers said they are working with prosecutors on potential charges that the defendant killed Mohammad Zaher Ahmadi, 62, on Nov. 7, and Naeem Hussain, 25, on Aug. 5.

Syed was booked into the Metropolitan Detention Center in Albuquerque at 11:08 p.m. on Tuesday, records show.

It turns out that Syed has a history of facing domestic violence allegations, centering around his wife as the alleged victim, but also one of his sons, and his daughter’s boyfriend, according to documents obtained by The Albuquerque Journal.

The new murder charges against Syed come in the aftermath of a series of suspected murders dating back to Ahmadi’s death on Nov. 7, when that man was shot outside his and his brother’s business. Officers voiced concern that Ahmadi’s death and three other killings might be related. Authorities highlighted the slain victims’ backgrounds as Muslim men from South Asia — either Pakistan and Afghanistan.

Now police say there’s “evidence that shows the offender knew the victims to some extent and an interpersonal conflict may have led to the shootings.”

It turned out that Syed is reportedly a Sunni Muslim, allegedly upset about his daughter marrying a Shia Muslim man. Cops are taking a wait-and-see approach about that.

“We do have some information about those events taking place,” Deputy Commander Kyle Hartsock said, according to the Journal. “But we’re not really clear if that was the actual motive or if it was part of the motive, or if there’s a bigger picture that we’re missing. So what’s really important is we’re still investigating.”

Officers have said they linked Aftab Hussein’s and Muhammad Afzaal Hussain’s deaths from bullet casings at the respective scenes.

In Aftab’s death, Syed hid behind a bush near the victim’s typical parking spot, waited for him to return home, and shot him multiple times, according to a criminal complaint obtained by the Journal. He allegedly told authorities he knew Aftab since 2016 and recognized him from local parties. But he allegedly denied being involved in the deaths.

Only Syed is charged with the killings. Officers reportedly said they questioned his two sons and let them go. One of them reportedly told investigators he and his father went to a gun store last month, each buying an AK-47. His father purchased a scope for the firearm on Aug. 1, the day Muhammad Afzaal Hussain died.

NewsNation’s @AliBradleyTV reports police found evidence in the home of Muhammad Syed tying him to the four shootings in Albuquerque and the victims.

In 2017, he allegedly attacked his daughter’s boyfriend, according to the Journal. The victim did not want to go forward on the case. The case was dropped.

In 2018, he allegedly lashed out at his wife who was driving for the first time. He ranted at her, screaming and yelling about why she was not a good driver and could not learn quickly enough, authorities said. He allegedly pulled her hair, kicked her out, and abandoned her on the road. When she returned to a New Mexico Human Services Department office, he allegedly grabbed her hair again and threw her to the ground. Again, this case was dropped because the victim did not want to go forward.

Then later in 2018, he allegedly hit one of his sons in the head with a large metal slotted spoon, which cut the victim. The son had intervened with his sister to stop their father, who was striking their mother, authorities said.