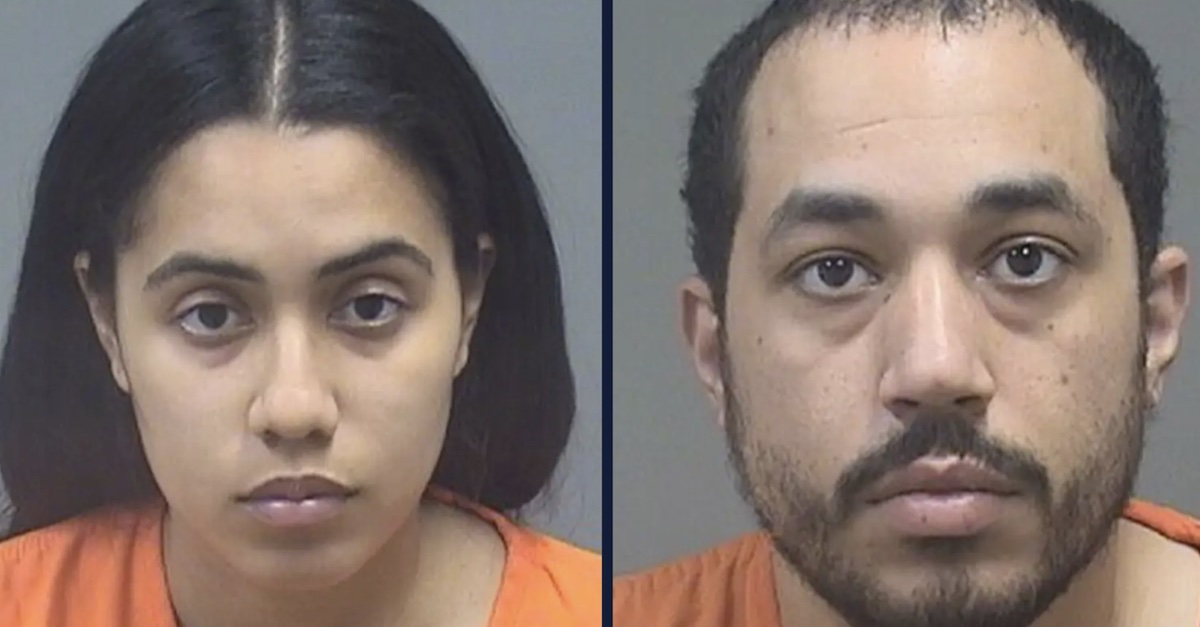 An Ohio man and woman were indicted and arraigned by authorities in New York City for allegedly running an illegal, violent, drug-fueled, multi-state business where women were forced to have sex with clients and produce pornographic content against their will.

Jonathan Ruiz, 29 and Charline Santiago, 27, each stand accused of one count of conspiracy in the fourth degree, four counts of sex trafficking, and three counts of promoting prostitution. Additionally, Ruiz was charged with one count of labor trafficking.

According to Manhattan District Attorney Alvin Bragg, the couple “violently” trafficked “multiple women in their mid-twenties” from at least six different states and forced them to have sex for money.

This forced sexual labor was achieved through coercing the women, beating them, threatening them with a gun, withholding their identifying documents, supplying them with cocaine they had to take, “and more,” Bragg said in a press release announcing the indictment.

Ruiz’s labor trafficking charge is based on allegations that he forced at least one woman to produce videos on the popular adult modeling and content website OnlyFans.

“These horrific allegations detail an abhorrent sex trafficking scheme that preyed on vulnerable people so the ringleaders could turn a profit,” Bragg said. “The Internet gives traffickers new ways to exploit people through economic, emotional, physical and psychological coercion. We will continue to hold accountable those who engaged in this type of criminal activity, while also continuing our work to ensure that survivors have the services and support they need to recover and move beyond the trauma they have faced.”

According to authorities in the Big Apple, Ruiz and Santiago are intimate partners who have children together. Their alleged criminal activities occurred during February 2020 and February 2021 as they worked on separate aspects of the conspiracy.

Citing “court documents and statements made on the record in court,” Bragg’s office says Ruiz posted online advertisements to obtain the women and would then personally drive them to work at hotels across the Northeast including in New York City, New Jersey, Pennsylvania, Delaware, Connecticut, and Massachusetts. Santiago would allegedly wait outside the hotels where she collected payments for the women’s forced sex work via Cashapp and actual cash.

“At one point, Ruiz moved multiple women to a house in Connecticut,” Bragg alleges.

A series of violent, abusive, and coercive actions were allegedly used to keep the women in line. The press release alleges:

RUIZ compelled prostitution by beating the women if they did not want to work, stashed money to save, attempted to flee, or fell asleep when he wanted her to work. These beatings – on at least one occasion done at the direction of SANTIAGO – frequently resulted in black eyes, bruising to multiple parts of her body, and lacerations with long-lasting scars. RUIZ also owned a firearm, which he displayed to the women on at least one occasion.
…

RUIZ also made the women take cocaine while working in order to stay awake and earn more money. If the women didn’t earn a specific amount each day, RUIZ would beat them or sometimes not allow them to eat.

Additionally, the DA says, Ruiz stashed away the victims’ government-issued ID cards, birth certificates, and social security cards in order to wield power and influence over them so that they could not escape their situation. But that’s not all. Authorities also allege the couple used those official documents to take out loans in the victims’ names and to fraudulently obtain government benefits. Without noting a precise sum for this alleged fraud and identity theft, Bragg says Ruiz’s emails and bank records show that the couple raked in “thousands” of dollars from this aspect of their scheme.

Law enforcement allege Ruiz forced one woman to “take nude photos, create sex videos, and speak with clients” on OnlyFans, and that he created online accounts for multiple women without their consent and collected OnlyFans profits that were never distributed to them.

The extent of the couple’s unlawful empire was allegedly so large that they used the doctrine and trappings of corporate personhood in order to conceal all the allegedly filthy lucre, the DA says.

“The defendants took extensive steps to conceal and advance the conspiracy by creating an LLC in Connecticut, with both Ruiz and Santiago listed as executive officers in the corporate filing,” the press release alleges. “They also issued fraudulent pay stubs, maintained extensive transaction records between themselves and prostitution clients.”

Ruiz and Santiago hail from Youngstown, Ohio. They were arrested in Mahoning County, Ohio earlier this month and arraigned in the borough of Manhattan on Wednesday.