Marissa Gutierrez to Testify Against Girlfriend in 'Child Torture' Case 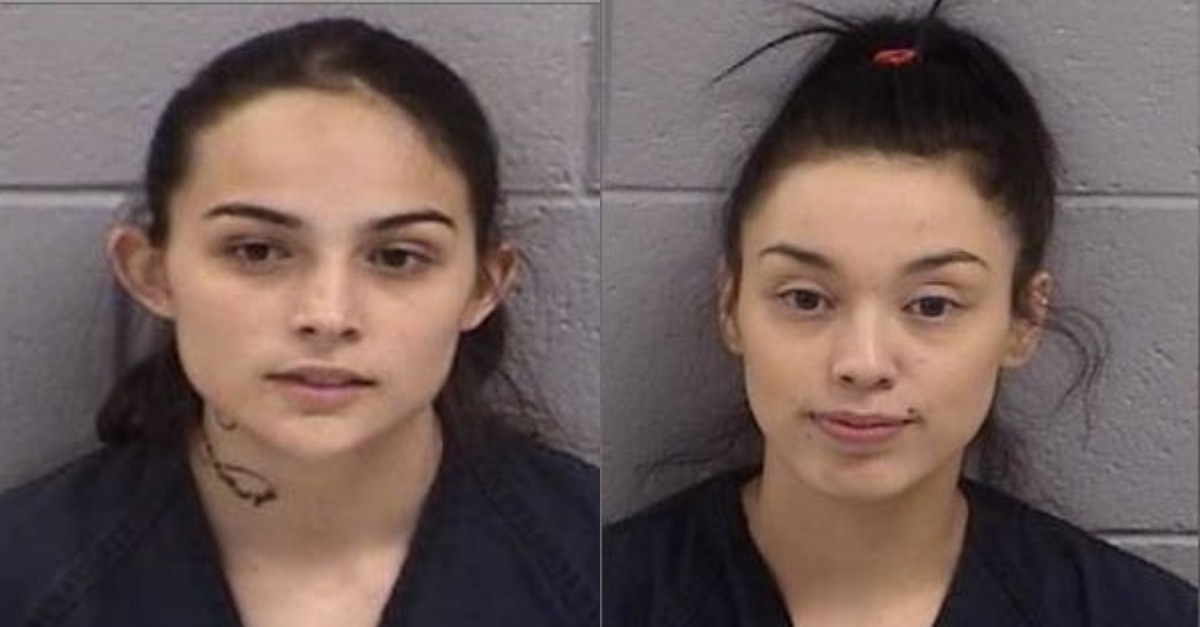 The confines of that deal may see Marissa Gutierrez, 23, avoid prison time altogether, according to the Farmington Daily Times.

According to court documents obtained by the outlet, the plea agreement was signed on Nov. 23 when the defendant accepted legal culpability for felony child abuse in the third degree. She was originally charged with first degree child abuse on June 4, 2019, for allegedly abusing her then-4-year-old son over a 5-month period.

By the time he was finally taken to the hospital at the request of another relative due to an irregular heartbeat, authorities say the boy was starved, locked in closets and attacked in various ways that resulted in his brain bleeding, spinal fractures, a broken arm, bruises all over his face, cuts on his body, and a visibly large welt on his forehead. The child allegedly said his injuries were a result of periodically being “punished” by his mother’s girlfriend, Jivona Sandoval, 23.

Sandoval and her mother, Ema Ferran-Sandoval, 57, have also been charged in connection with the alleged regimen of child abuse.

“The involvement of multiple physically injured body systems, the chronic and repetitive nature of injury, emotional abuse and multiple forms of neglect constitute child torture,” an Albuquerque doctor who observed the child said, according to a police affidavit.

According to the doctor, the extent of the boy’s injuries included abusive head trauma and he was “significantly malnourished,” indicating that food had been intentionally withheld from him over a sustained period of time, the court documents alleged. By the time he was checked out by medical staff at the San Juan Regional Medical Center on May 4, 2019, he weighed 33 pounds–the absolute lowest acceptable weight for a child his age, police said.

The investigation by San Juan County Sheriff’s Office detectives began that same day. Immediately after taking stock of the boy’s injuries the New Mexico Children, Youth and Families Department removed the child from Gutierrez’s custody and placed him with a relative.

At the time of her arrest, Gutierrez allegedly told police that her son’s cuts were the result of self-harm and that he broke his arm while bathing in a bathtub. The boy, at the time, appeared to indicate that Sandoval was behind most of the abuse. Detectives have since availed themselves–and the boy’s mother–of that same narrative, suggesting that Gutierrez is largely being prosecuted for active neglect and denial.

According to San Juan County Chief Deputy District Attorney Dustin O’Brien, Gutierrez’s testimony is integral to the state’s prosecution of Jivona Sandoval, who he called more “culpable” than the other two defendants.

The Daily Times reports that the plea agreement additionally resulted in prosecutors dropping an aggravated battery case against Gutierrez which was unrelated to her son. That case centered around another woman’s claims that the defendant punched and kicked her to the point that the alleged victim was concussed.

Gutierrez is expected to receive a suspended sentence and supervised probation after the DA’s office signaled it was not opposed to such a sentence. She is currently slated to testify against Sandoval in her trial beginning Dec. 7.